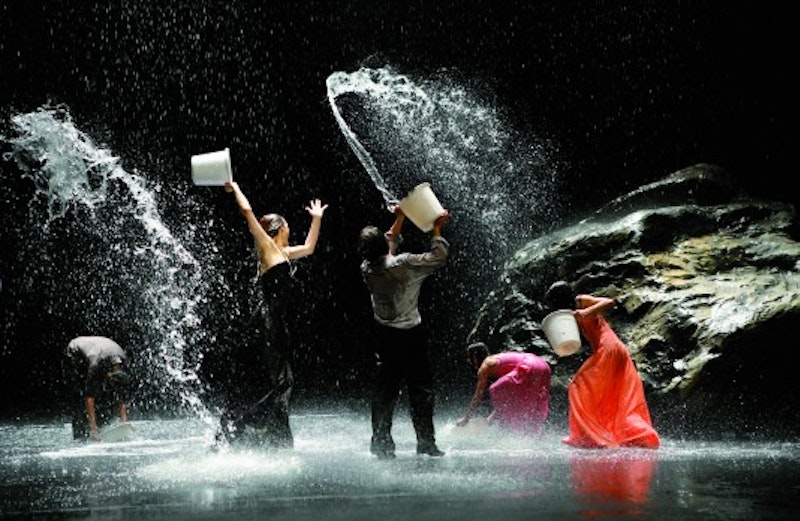 As the frequency of movie-going in this country has dwindled in recent years, Hollywood has resorted to alternative tactics to make up for cash differentials and attract viewers. The former, as you might have guessed, manifests itself in the increasing price of ticket costs; the latter is perhaps responsible for the titanic rise of 3-D. The mall majorities of America can’t seem to get enough of it. Virtually every blockbuster—whether it’s a superhero flick, horror story, or a children’s tale—is shipped to theaters on both 2-D and 3-D film. Moneygrubbers like James Cameron even revisit their old material, undergoing an expensive conversion process in the hopes of revitalizing public interest and their wallets. This year, however, a more unusual directorial demographic sought to commit their work to 3-D: the auteur. Perhaps for once in his life, Michael Bay can say he has something in common with the likes of Martin Scorsese and Wim Wenders.

I’m skeptical about the necessity of the medium. But when Wenders, director of the classics Wings of Desire and Paris, Texas, announced he was filming a 3-D documentary, my interest was piqued. The resulting Pina is, however, not so much a documentary as it is an ode, a votive thanks and appreciation for its visionary subject, Pina Bausch. Wenders had long planned a documentary on the German choreographer, but a mere week before the project was set to go into production, Bausch was diagnosed with a rare form of cancer, and died five days later. Wenders tenaciously forged ahead, with little footage of Bausch herself. As such, the late choreographer’s presence in Pina is not so much seen, but felt.

The film follows a recurring narrative: a piece of Bausch’s is introduced, put on, and then one of her longtime dancers (or on occasion, production designers) discusses his or her relationship to Bausch. Through this mosaic, the viewer learns little about Bausch as a person—aside from her arduous and prolific work ethic, which is constantly stressed. We are left to formulate our own opinions about the artist through the recreations of her work. As I could deduce, Bausch was interested in gender roles, practical settings like cafés and dance halls, and the building blocks of movement. Minutes of her choreography could involve a solitary man, wiggling his fingers and hands in a pattern at an escalating pace. She also uses this repetition technique in human interactions: a push, a pull, an embrace, recurring so frequently that the sequence eventually registers as a familiar way of dance.

Half of the time, Wenders sets the performances on a stage, letting the meandering camera—and 3-D—do the grunt work alongside the dancers. These scenes are beautiful, but with the exception of a final piece, when it rains and pours on stage, the dancers cutting through the water like graceful blades, they can be relatively monotonous. Wenders’s decision to set the other pieces in every day environments—a tram-rail, a community pool, a grassy knoll at an intersection, a canyon—is far more inspired and intriguing. When he gets carried away by his imagination, the audience is no longer in a theater; we are seeing these dances as though we happened upon them in the wild. A particular solo piece, which occurs on a horizontal escalator against a pink sky, is one of the most visually stunning scenes I’ve seen since The Tree of Life.

I think Wenders is aware of the divide in his settings. When a performance occurs on stage, the backs of a seated audience occasionally register on the bottom of the screen. Metafictively, he is drawing our awareness to the fact that we are in a theater. And yet, all the viewer desires is to be part of the dance, however melancholic or effusive it may be. Thankfully, Wenders obliges us in the final scene, parading Bausch’s company around a mountain, toward the audience.

Once the lights come up, you wonder how the film would have unfolded had Bausch been alive for its production. If it would indeed have been more of a documentary, and less of an elegy. One thing seems certain: Pina still would boast the most earnest and effective use of the 3-D medium possible.