Ethan Hawke’s fourth film as director is as compelling as an insurance commercial. D- 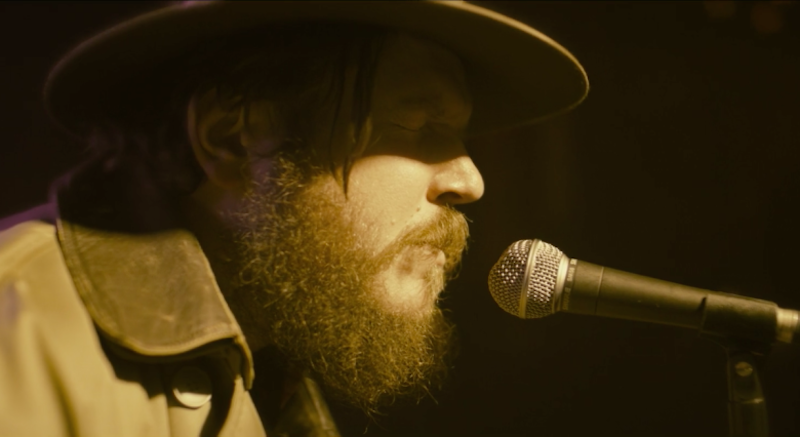 I like Ethan Hawke. I think he’s a good actor. I don’t want to clown on him or join in on the inevitable backlash after his acclaimed performances this year in First Reformed (a great movie) and Juliet, Naked (eh). Actors that direct, actors that join bands, actors that paint, actors that self-immolate and then become performance artists, go ahead. Sometimes that stuff rules, and sometimes it’s so bafflingly tone-deaf and incompetent that it becomes fascinating. Blaze, the fourth film Hawke has directed and his first narrative feature since 2006, is just boring. Punishingly boring. Two hours and seven minutes of sepia-toned mumbling, rambling and occasional singing that’s as affecting as an insurance commercial. There isn’t a single memorable musical moment or performance, and everyone except Alia Shawkat is so dull they leave no impression and blend into the brown leaves.

Splice writer Stephen Silver loved the movie, writing last week that “Blaze is a musical biopic that looks and feels different from most films of the genre, both in style and substance. It’s about a musician with considerably less mainstream fame than most musicians who have movies made about them.” That’s true. I doubt any of you know who Blaze Foley is, and judging by this biopic, for good reason. Foley (Ben Dickey) isn’t only an unsympathetic and inarticulate asshole, he’s an empty vessel, practically set dressing. It’s as if someone hooked up a generator and brought a dude ranch mannequin to life, a man with no discernible features, tics, aesthetics, traits, or musical talent. Like nearly everyone else, he blends into the scenery, a set dressed entirely by a Cracker Barrel clearance sale.

The trailer compared Blaze to Inside Llewyn Davis, the Coen Brothers’ 2013 masterpiece about the titular mediocre musician played by Oscar Isaac trying to make it in Greenwich Village in 1961, a grump who’s perpetually missing the boat, disappointing himself and those around him. It’s a brilliant movie because it not only depicts artistic mediocrity but sympathizes with it: this is a guy that is just “okay.” He’d be a fine sideman or a session player, but his ego and his pride continually get in the way.

At the end, he’s followed onstage by a still unknown Bob Dylan (who opens with the same song that Davis closed with) and skips out early, missing the performance and the final realization that his life is doomed to obscurity. It’s one of the only great movies about the artistic struggle that isn’t about a talented artist: its subject isn’t just an asshole, he’s not that good. He’s not bad, but he’ll slip through the cracks. There’s no redemption or posthumous discovery: the lesson of Inside Llewyn Davis is that timing’s everything, and even then, sometimes your best just isn’t good enough.

Blaze’s titular subject is unremarkable in every way but the film is clearly on his side, and Hawke plays it much more straight than the Coens, offering no sarcasm or comedy at the expense of Blaze Foley’s Sisyphean struggle. He’s presented as an unsung talent, yet he barely plays, and when he does, his songs are as vaporous as his persona. He’s an extra that somehow ended up as the subject of a feature film. Like I said, his girlfriend Sybil (played by Alia Shawkat) is the only semi-compelling character here, mostly because she enunciates her lines.

Silver praised untrained actor Dickey’s performance, writing that he “turns [his minimal acting experience] to his advantage, avoiding the scenery-chewing often associated with the biopic genre, especially when the subject is someone who drinks.” I would’ve preferred some scenery chewing—this is a movie that has lost its dentures. It’s just dull and one of the few movies I’ve seen in years that earns the “I’ll never get those two hours back” cliché. Foley just isn’t an interesting or compelling artist, and while that kind of subject led to the Coen Brothers’ best film besides Fargo, Ethan Hawke can’t come up with anything more than beer bottles and bar fights in a movie that looks like it was put through an autumnal Instagram filter before picture lock.