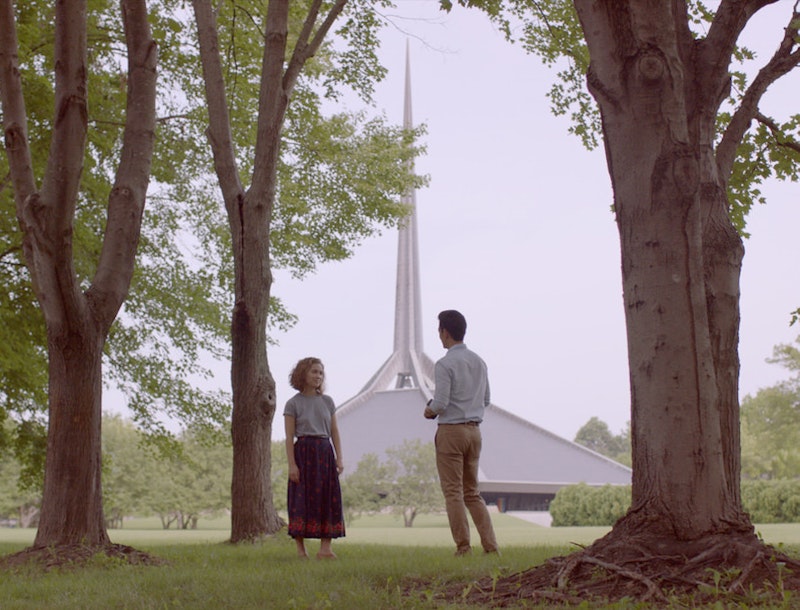 Good Time: I’ve been waiting for this one for a few months, ever since it premiered at Cannes in May and Daniel Lopatin (aka Oneohtrix Point Never) won the award for Best Original Score at the festival. Lopatin is one of my favorite working musicians, uniquely talented and fascinated with a very specific set of semiotics and sonic obsessions. He’s released over half a dozen albums as Oneohtrix Point Never, two of which—Replica and R Plus Seven—are instant classics, brilliant in both form and function. His most recent album as 0PN, 2015’s Garden of Delete, was more conceptually interesting than musically compelling, but his original score for the Safdie Brothers’ Good Time is another winner, recalling Wang Chung’s criminally underrated score for the equally under appreciated To Live and Die in L.A.

Of course, most of the hype at Cannes wasn’t for Lopatin, the indie underdog, but Robert Pattinson, former star of the Twilight saga and desperate to break out of the young adult mode and prove himself as a very serious actor, and he does: my dad thought he looked like a young Robert DeNiro in Taxi Driver, and while I thought Pattinson’s performance was stellar and, yes, proves he can do more than brood and bite—I think the hype got to me. Good Time isn’t as thrilling or action-packed or as anxiety-inducing as I was led to believe, but when things get moving, the Safdies, Pattinson, and Lopatin deliver. Good Time is poorly-paced, with too much silence and not enough of Lopatin’s superb score.

We spend too much time in houses, amusement parks and cramped spaces, and not enough time sprinting through the streets of New York like a rogue on the loose. I was really impressed with the Safdies’ use of extreme close-ups throughout the movie: not only does it recall one of Nicolas Roeg’s most effective moves, it imposes severe claustrophobia on the audience and challenges you to stay engaged with five-minute shots of beaten and battered criminal faces and innocent and incapacitated victims. The final shot of Pattinson’s character—a very slow zoom in on his face in the back of a police cruiser—is thrilling, and the movie should’ve cut to black and ended there. But I can’t complain: Good Time may be flawed, but it’s a great showcase for the Safdies, Pattinson, and Lopatin.

Columbus: My brother turned me onto this one, the first film by South Korean director Kogonada. We saw it at a packed evening screening at Baltimore’s Parkway, the crowd mostly older. Columbus opens with plenty of long, languorous shots of the most beautiful and aesthetically exciting buildings in Columbus, Indiana, and for the first half hour, you could hear the audience beginning to lose its patience. But the film won them and me over: Columbus is quiet and hypnotizing, a simple and slow story about people dwelling on big decisions in a limbo state of life. John Cho plays Jin, the son of an ailing architect back home to visit, and Haley Lu Richardson plays Casey, a vaguely ambitious young woman just out of high school who’s trying her best to justify staying in Indiana to take care of her mother and enjoy a comfortable if static life. Jin and Casey smoke cigarettes, become friends, take long walks, talk about buildings, talk about life. He encourages her to jump off the deep end on her own and leave Indiana behind—but he seems just as unhappy as her, even with a successful career as a translator in South Korea.

Kogonada’s film is gorgeous and challenging: its heart rate is slow and steady, and it doesn’t make any concessions for fidgety people that want more out of a movie than somber reflection, wide shots of modernist buildings, and long conversations about form and function. To turn off and then win back an audience is much harder than keeping them or repelling them completely—Columbus is an impressive directorial debut with quiet and humble performances by Cho, Richardson, and the always-fantastic Parker Posey. I look forward to whatever Kogonada does next, even if it’s a brutalist building in the middle off Dubuque.

Ingrid Goes West: Good God, was this dark. This movie made me sick to my stomach, but I’m thankful because I’ve been slunk down with a fever all weekend. Ingrid Goes West is only marginally less masochistic than a typical episode of Black Mirror (Wyatt Russell, the star of “Playtest,” appears here as Elizabeth Olson’s “artist” husband: he buys shitty landscape paintings at thrift stores and spray paint stencils phrases like “SQUAD GOALS” and “#FEELSGOOD” onto them). But don’t be misled by the comedy cast: this is an aggressively bleak movie full of despicable, loathsome people in a hellish world populated by Instagram “influencers,” art world charlatans, buff bro cokeheads, and violent, obsessive psychopaths.

Every character is irredeemable and they all live in hell: Aubrey Plaza plays Ingrid Thorburn, a severely mentally ill woman with no friends, no social skills, and no family: her mother died recently (her in-home hospital bed is shown in the background at Ingrid’s house, and later on, we see Ingrid casually reclining in it as she browses her phone completely dead-eyed) and left her hundreds of thousands of dollars, which she promptly collects at the bank in full, all cash.

She stalks women on Instagram and imagines fantasy lives of friendship and equanimity and status and self-esteem, but all she does is scroll through her social media feeds double tapping “Love” like a zombie, eat buckets of junk food, skip bathing, and look for her next target. There’s nothing measured, quirky or funny about Ingrid: she is, in the words of Taylor, “pathetic and sick.” Plaza pulls off looking completely cracked very well, and this is easily the best thing she’s ever starred in. She’s a sick sociopath who latches onto equally vapid and inane people like Olson’s character only because they’re more popular than her. Forget about The Emoji Movie: this isn’t looking in the mirror, it’s smashing your face through plate glass. I can’t recommend Ingrid Goes West enough, but I never want to see it again. It’s all too much.