The true story of Colin Warner’s wrongful incarceration. B+ 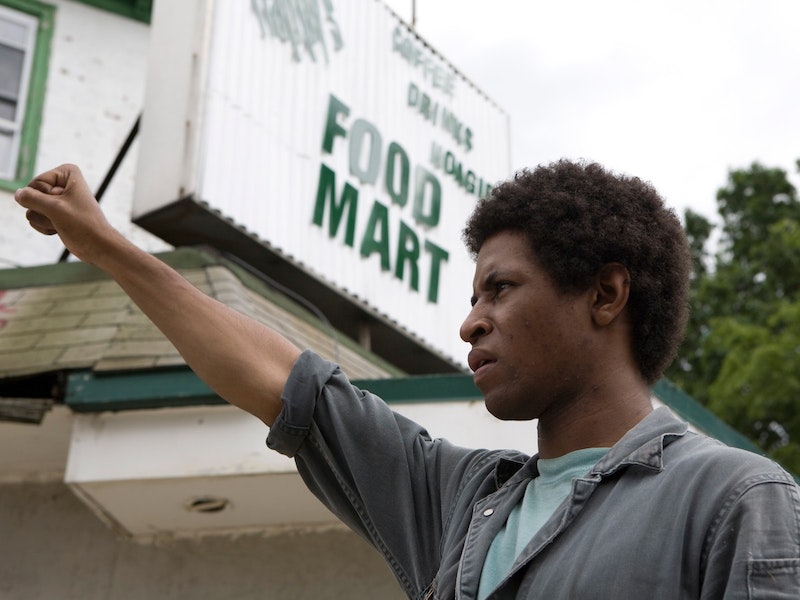 Crown Heights is an eye-opening true story about an infuriating miscarriage of the U.S. justice system. And the biggest surprise of all is that it was co-produced by, and co-stars, a certain former NFL defensive back.

A Sundance favorite from January that’s possibly the best movie ever adapted from a This American Life segment, Crown Heights tells the true story of Colin Warner, who was falsely accused of murder in 1980, in the Brooklyn neighborhood of the title. An 18-year-old Trinidadian immigrant, Warner spent nearly 20 years in prison for a murder he didn’t commit, with his conviction overturned through the efforts of his best friend, as well as a team of lawyers.

The film doesn’t show much we haven’t seen before, and it doesn’t do anything particularly groundbreaking from a filmmaking standpoint—aside from the racial element, the structure is fairly similar to the many documentaries about the West Memphis Three case. Another similar film was The Hurricane, from 1999, which mostly failed because it couldn’t tell the same story about Rubin Carter in two and a half hours as Bob Dylan’s song did in seven minutes. But Crown Heights is a captivating story that’s well-told.

Written and directed by Matt Ruskin, Crown Heights depicts many of the most unfair aspects of the criminal justice system: Warner is poor, can’t afford to hire a decent attorney, and his friend has to go door-to-door to finance his appeals. And he can’t be paroled unless he expresses remorse for the crime that he didn’t actually commit.

Ruskin handles the action well, clearly demonstrating how much time has passed and using legalese that will make sense to the layman. Crown Heights—which has nothing to do with the riots in the same neighborhood in the early 1990s, although there’s certainly a movie waiting to be made about that particular story—cuts in footage of multiple presidents, including Reagan and Clinton, pushing tough-on-crime legislation that was relatively uncontroversial at the time but has since led to serious backlash against mass incarceration. The film is relatively subtle about this, though, it’s a human story first and a political polemic second.

LaKeith Stanfield has emerged in recent years as a powerfully versatile actor; he first showed up in 2013’s remarkable Short Term 12 and is probably best known as the young husband in the garden party scene in Jordan Peele’s Get Out, earlier this year, and the numerous memes that followed. He gives a heartbreaking performance as Warner, even if he doesn’t quite convincingly age over the course of nearly 20 years. But he does an outstanding joy conveying the character’s hopelessness and desperation.

The other major role in the film, that of Warner’s friend Carl King, is played by a surprising face: Nnamdi Asomugha, who played 11 years in the NFL as a pretty good defensive back for the Oakland Raiders (and not such a good one for the Philadelphia Eagles.) Asomugha, who’s married to the actress Kerry Washington, has acted before—he was on episodes of Friday Night Lights and Kroll Show, and had a part in Beasts of No Nation, but Crown Heights is his biggest role to date, in a film that he co-produced. Also in the film are Bill Camp, Nestor Carbonell, Josh Pais and Adriane Lenox.