Suicide Squad Is Joyless and Clichéd

Check out Don't Think Twice instead. 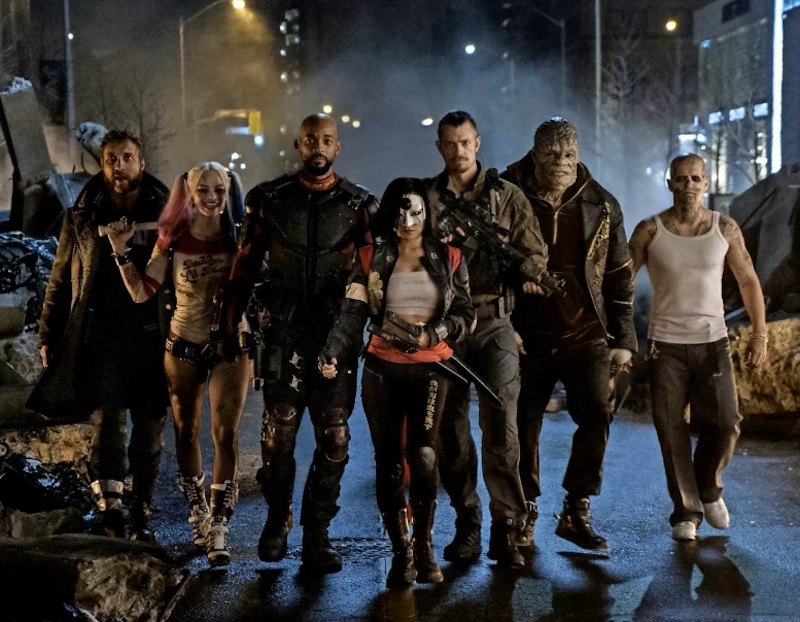 Whatever else went wrong with it, Suicide Squad was at least supposed to look cool, right?

That’s been the buzz since the first cast photos appeared for the film over a year ago. The film’s marketing campaign promised a visual style that’s inventive, colorful and a far cry from the festival of bleakness that's been the DC Extended Universe’s cinematic efforts to date, especially the odious, nihilistic slog that was this spring’s Batman v. Superman: Dawn of Justice.

Through the opening credits, I remained hopeful. Cool visuals! Bright, beautiful colors! The idea that this film might actually offer something new, coming from a director, David Ayer, who is legitimately talented and not named “Zack Snyder.”

But then the movie started.

Suicide Squad, throughout its two-hour running time, embraces virtually all of the clichés of the modern-day superhero genre. Way more characters than the movie has time to service. Terrible, weak antagonists. A third act featuring a giant blue thing in the sky that sucks seemingly the whole universe into itself while occasionally exploding. Cheap, false deaths. And way too much time taken up setting up the next movie in the series. It has all the negatives of past bloated superhero films like Avengers: Age of Ultron and X-Men: Apocalypse with none of the good points.

And not only does Suicide Squad repeat all the worst mistakes of superhero films in general, but it suffers all the pitfalls specific to DC’s movies. It retains the gross, bleak house style of Snyder’s Superman films, giving virtually everything the same severe, blue/black color palate familiar from Man of Steel and Dawn of Justice. The Suicide Squad standee in the lobby that I passed on my way out of the theater offered more visual panache than the entire movie I’d just watched.

The premise of Suicide Squad is promising. Following the death of Superman at the end of Dawn of Justice, a government agent (Viola Davis) decides to confront the possibility that the next Superman might not be quite so benevolent. So she enlists a group of criminals/outlaws in order to help the government out in front of the as-yet theoretical threat.

So we’re introduced to Task Force X, consisting of assassin Deadshot (Will Smith), punk bad girl Harley Quinn (Margot Robbie), a boomerang thrower (Jai Courtney), a guilt-ridden, flame-throwing gangster (Jay Hernandez) and a human crocodile (Adewale Akinnuoye-Agbaje.) Also hanging out is Jared Leto as The Joker, although to say he’s on the margins of the movie would be an overstatement—in fact, he’s barely in it at all.

The highlight is Robbie as Quinn, a character who’s just about the only thing on screen that comes alive at all. Smith is fine, Leto does a passable facsimile of Heath Ledger’s interpretation of the character and Hernandez’s plot actually brings some surprising pathos.

The remainder of the cast, though, brings absolutely nothing to the table. It makes room for both Jai Courtney and Joel Kinnaman, two of the more anonymous actors around; I couldn’t tell you which is which.

Even worse are the antagonists. A brother-sister pair of ancient demons who are using energy to try to destroy the world, everything about their plot is a failure all around. Not interesting, not exciting, and whoever thought Cara Delevingne was up to carrying the villain role in a major motion picture was mistaken.

The action scenes aren’t terrible—except for the last one, which for some reason is set largely in shadow. But Ayer also makes the terrible decision to include the most obvious, on-the-nose music cues in a film directed by someone besides Robert Zemeckis. Sure, we’re not going to have any idea this character is supposed to be badass, unless they’re introduced by “Sympathy For the Devil.”

About Suicide Squad, I ask the same question I did about Batman v. Superman: Where’s the joy and wonder? Don’t we go to these movies to be entertained? I realize the Christopher Nolan Batman movies were pretty dark and disturbing too—but if you’re going to do that, at least give us some virtuoso filmmaking.

Suicide Squad does none of the above—and doesn’t bode well for the future of this whole DC movie operation. I guess it’s up to you, Wonder Woman.

If you're looking for a film that's absolutely everything Suicide Squad is not, check out Don't Think Twice, which also opens Friday. Directed by standup comedian Mike Birbiglia, the film tells the story of a close-knit improv troupe in New York, dealing with changes when one of them enjoys huge success.

I didn't care for Birbiglia's previous film Sleepwalk With Me, which I called the worst episode of Louie ever produced. But this is much better, thanks mostly to a standup ensemble cast featuring Birbiglia, Keegan Michael Key, Gillian Jacobs, Chris Gethard and Kate Micucci. Even if you don't care much for improv—and I really don't—you're going to fall for this movie.