PC Is Not Strangling Comedy

Can We Take a Joke? makes a point beyond freedom of speech. 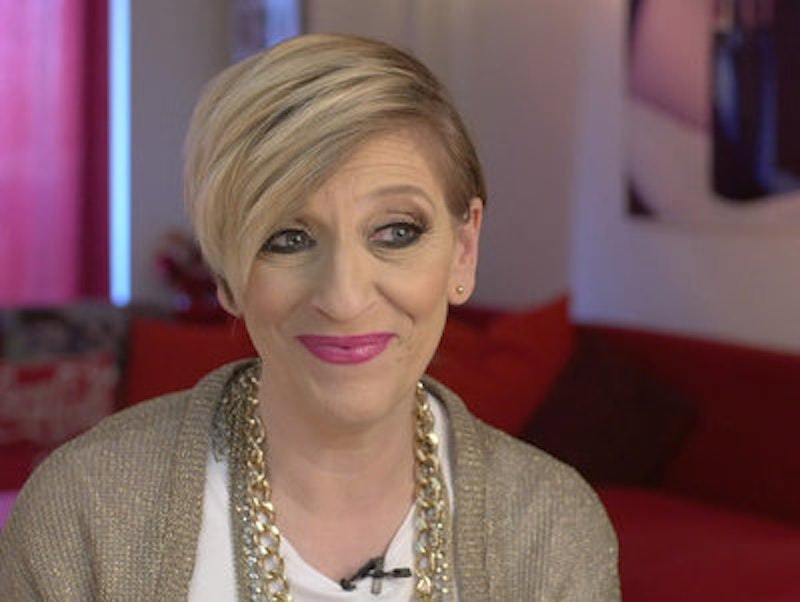 “Freedom of speech means you support the right to people to say exactly those ideas with which you do not agree.”

This quote by the late comedy legend Bill Hicks adorns the new documentary Can We Take a Joke? Directed by Ted Balaker, it’s a 76-minute lament about the way the new political correctness has made things harder professionally for comedians, while also threatening the First Amendment and freedom itself.

We hear from a series of comics, some prominent and some not, about how a world of greater sensitivity has made their lives much more difficult. I don’t doubt their sincerity. A comedian’s life is hard, and it takes a certain amount of courage to get up on stage in front of a hostile crowd, much less to go about making a living at it. That said, Can We Take a Joke? overstates its case to a nearly comical degree. It’s an hour and 16 minutes of several people stating repeatedly that they’ve been muzzled and denied their constitutionally protected freedom of speech. And unlike The Aristocrats, the last time so many comics were assembled in a documentary, this one isn’t even funny.

The film, now out on video on demand after a brief theatrical run, is full of arguments you’ve probably heard if you’ve been following comedy for the last five years: PC is strangling comedy. No one can say anything anymore, various topics are “off limits,” and because of that, comedy can’t thrive. Colleges are especially egregious, with progressive students demanding “safe spaces” that have no room for comedy in them. What would Lenny Bruce say?

Several comics state that Bruce would not be welcomed on a college campus today. Well, knowing how mercenary most colleges are these days, if they needed a headliner for their spring festival, most schools probably would welcome one of the most famous comedians of his day, transgressive material or not. And besides, one college—my alma mater, Brandeis University—recently acquired Bruce’s papers and is displaying them in a museum exhibit and academic conference this fall.

The film spends a long time on Bruce’s history, delving into the way he was arrested repeatedly, all over the country, on censorship charges in the 1960s, leading up to his early death. Bruce, on the top of the greatness of his comedy, is a hero and a First Amendment martyr.

Some of the comics’ points are somewhat defensible. It’s not okay to heckle a comic, or rush the stage during a standup set. The undergraduate version of political leftism, especially at liberal arts colleges, is perhaps not the fairest or healthiest, and those inclined to disrupt a comedy show might be better off finding their entertainment elsewhere. Nobody likes humorlessness. And Internet lynch mobs are capable of doing a ton of damage.

But the majority of this controversy isn’t fought on those terms. This film is full of comedians upset that they were… criticized, sometimes by a handful of people on Twitter. Or had one or two people tell them they were offended by a joke.

Things like that aren’t free speech fights—they’re battles about propriety, manners and changing social norms. These societal changes—and the way comics and other entertainers are reacting to them—is actually a fascinating story to examine. It’s too bad this film is interested in telling just one side of it. Why no interviews with anyone who claimed offense by jokes, or objected to the presence of a comic on campus?

The way the film describes the comedians’ plight is wildly exaggerated on both ends. The comics behave as though telling an offensive joke is the highest form of patriotism and honor, one that puts you in Lenny Bruce’s company. But criticizing that joke, and calling it offensive, is the worst thing a person can do.

This is all wrong. Comedians have a First Amendment right to perform comedy. Similarly, non-comedians have a First Amendment right to criticize comedy. That’s not censorship. An instructive example from the film is when comedian Heather McDonald tells a story about performing a club routine that featured an exaggerated Asian accent. McDonald then shares that someone in the audience came up to her afterwards and told her she was offended. That’s the whole story—the audience member didn’t launch a boycott or try to get McDonald fired from future performances or otherwise harm her career. Is that so terrible? McDonald exercised her right to tell that joke, and the audience member did the same in stating her offense. The audience member is offended, and so is McDonald. Ultimately, she’s asking for the same thing the “safe space” demanders are—a mythical right to not feel bad.

Then there’s Dan Naturman, who claims hardship because his appearance on America’s Got Talent was cut short after the judges proclaimed themselves offended by his not particularly funny jokes about Germans and the blind. As though getting eliminated from a talent show competition is now somehow a form of censorship.

Even more ridiculously, the film delves into the episode when cable news host Martin Bashir was fired from MSNBC for suggesting someone should piss in Sarah Palin’s mouth. This completely justified firing wasn’t a moment of censorship—it was an employer applying reasonable standards as to how they expect their employees to act while representing them.

In a rhetorical trope that Donald Trump has adopted for himself and uses regularly, this documentary’s subjects clearly use “not being politically correct” as an all-purpose umbrella to act like a huge asshole pretty much all the time, while treating it as a huge affront whenever anyone pushes back. (Trump, in fact, appears briefly, in some footage with Gilbert Gottfried at an old Comedy Central roast.)

Can We Take a Joke? is making a point way beyond the free speech. It’s saying that comedy is sacrosanct and should never be criticized by anyone, for any reason, ever.

There’s another rather large hole in the argument advanced by Can We Take a Joke?—the idea that the rise of political correctness has been bad for comedy as a whole. Really? Comics like Patton Oswalt, Aziz Ansari and Rob Delaney have fused liberal politics with a humor that’s the furthest thing from perpetually offended pearl-clutching imaginable. Delaney’s written that he looks at changing standards of what's funny and offensive not as stifling, but rather as a challenge.

Meanwhile, a generation of Comedy Central shows, including Broad City, Inside Amy Schumer and Not Safe With Nikki Glazer have wrung groundbreaking comedy out of feminism, turning every stereotype about feminist humorlessness on its head.

And what about the other side? Comics whose patter is transgressive, un-PC and even conservative—like Adam Carolla, Jim Norton, Anthony Jeselnik and Bill Burr—have careers that have skyrocketed in recent years, which the PC tide has failed to stymie in the slightest. If anything, it’s probably helped them.

Norton, who’s interviewed in the film, currently hosts a radio show and podcast, which he juggles with a busy stand-up career and frequent TV appearances, nearly all of which are forums that allow him to say whatever he wants with little or no restrictions. Carolla, seen in Can We Take a Joke? complaining at length about PC culture, is the owner of a large podcast network and seems to have a new TV show roughly once every two years. May we all be so censored and stifled.

New comedy clubs are opening everywhere. There are roughly 5000 different comedy podcasts, and the rise of streaming services has significantly expanded the available real estate for standup specials as well as inventive scripted and improvised shows. And much as this film vilifies Twitter for the lynch mobs it creates, that social network has actually launched the careers of quite a few comedians and comedy writers.

When the Charlie Hebdo massacre—in which several satirical cartoonists were murdered for their work—is brought up near the end of the film, it underscores how piddling every complaint in the movie up to that point had been.

While some of them may resent the comparison, the film’s subjects remind me of the Bernie Sanders delegates at the Democratic convention who removed the “silenced” tape from their mouths to talk to reporters: If you’re talking in a public forum about being muzzled, then you were probably never all that muzzled to begin with.