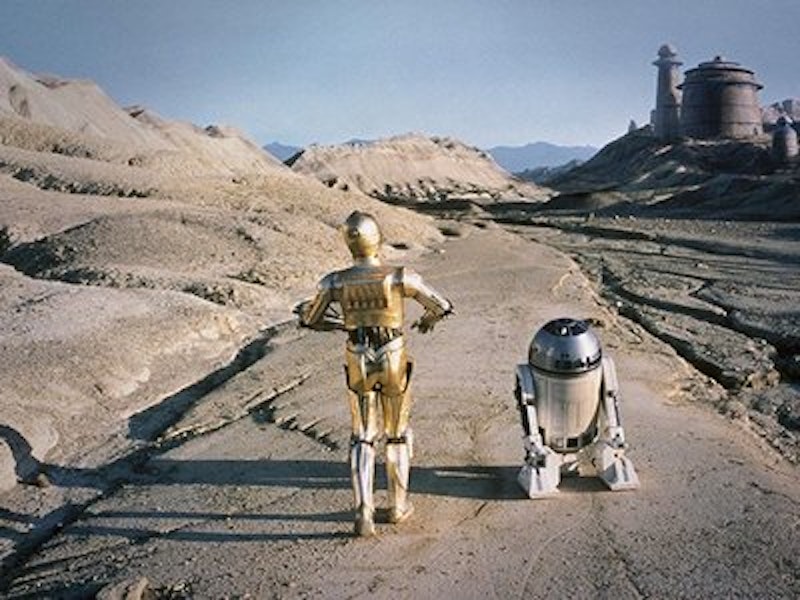 How did it come to this?

How did three fun science fiction films from 40 years ago turn into such a worldwide obsession for people who should know better?

Star Wars fans have pissed away their lives. Instead of spending their years experiencing modern art, reading new literature, or celebrating films that deserve praise, they’ve hitched their TIE fighters to a dead hulk drifting through space.

It’s not that Solo, the latest Star Wars installment from Lucasfilm, bombed and is a bad movie. It’s not that the one before it, The Last Jedi, was a turd. It’s bigger than those movies. It’s a betrayal of that American current of forward-thinking chi that has always driven our popular art. To give a dog’s back passage about a sci-fi franchise that’s older than Tom Brady is to be stuck in a pop culture limbo.

I was 12 in the summer of 1977, when the original Star Wars movie was released. Dad took me to it at the Uptown Theater in D.C. Like everyone else, I was blown away. I raced home to tell my friends about this religious experience I’d just had, and spent the summer making X-Wing doodles and dreaming of Carrie Fisher. In 1980 my brother bought a block of 300 tickets for The Empire Strikes Back. Teachers, neighbors, and friends all went together, then back to my parents’ house for a festive carousal.

By 1983’s Return of the Jedi, the spin was definitely off the Death Star. It was the summer I graduated from high school. There were new sounds to explore (Prince, Michael Jackson, the Police, Siouxsie and the Banshees), novelists to read (T.C. Boyle, Tom Wolfe, Alice Walker), and up-and-coming directors to watch (John Carpenter, David Lynch).

One of the greatest things about American culture is its forward-thrusting momentum, the desire to crack open new artists and imaginative visions. Sinatra gave way to Elvis, who surrendered to the Beatles (who were influenced by American blues and pop music). The Beatles’ experimentation allowed for prog rock, which triggered punk, which birthed New Wave. Modernist painters learned from the masters, then subverted them (the shock of the new). William Faulkner shattered the conventions of the novel, and Bret Easton Ellis caused a scandal with American Psycho. Tired of the Hollywood studio system, George Lucas, himself a product of the 1970s rebel film ethos that rejected traditional Hollywood, made Star Wars.

Lucas probably wasn’t thinking that as he approached death they’d still be re-imagining, and re-re-imagining his world.The death-and-rebirth of artistic and cultural movements is part of the spiritual side of human nature. In Tibetan Buddhism there’s a term, bardo, that refersto the intermediate state or gap we experience between death and our next rebirth. As the Buddhist website Lion’s Roar explains, “The word bardo refers to the gap or space we experience between any two states. The lesser-known bardos described in the traditional texts include the bardo of dreaming, the bardo of meditating, and even the bardo of this life—which is, after all, the intermediate state between birth and death.”

It goes on: “Bardos are spaces of potential creativity and innovation, because they create breaks in our familiar routines and patterns. In that momentary space of freedom, the fresh perception of something new and awake may suddenly arise.”

Something new and awake. Not Stranger Things, not the current musical appropriation of all things 1980s, not Ready Player One. Something new. Something awake. It’s what makes life interesting. It can be a strange and experimental kind of music by Jon Hassell. It can be The Wake, the stunning 2014 novel by Paul Kingsworth that’s set in 1066 and ironically breaks new ground by being written entirely in Old English. Or Cynthia von Buhler’s gorgeous new comic, The Girl Who Handcuffed Houdini.

Wookies? Han Solo? The Force? In 2018? Another one of these recycled garbage movies that are mooned over by losers who have been stuck in a cryosleep for decades? Better to have been blown up on Alderaan.