A send-up of feminism. B 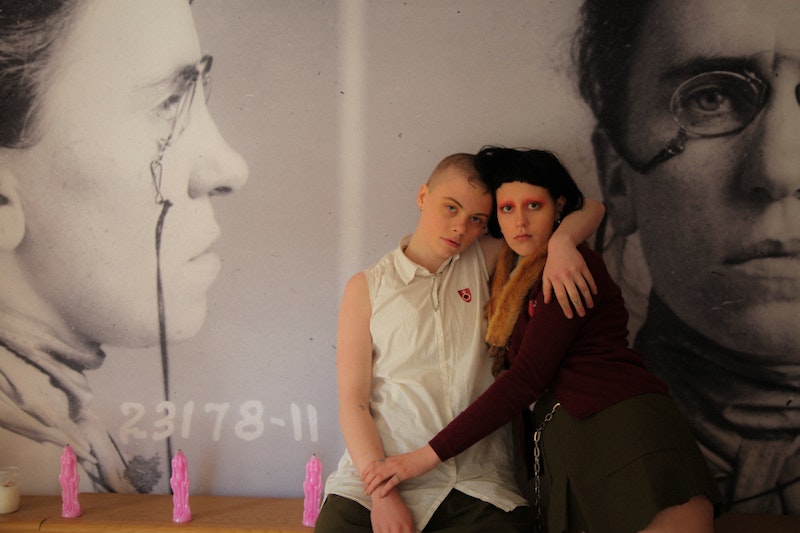 Feminism, in its various forms, has become more important in popular culture in the last four or five years than at any point in its history. This has manifested itself from #MeToo, to the disappearance of certain sexist tropes, to a sizable backlash against the whole endeavor.

This particular moment is ripe for a strong satirical examination from some brave filmmaker. The Misandrists, the new film from the queer Canadian director Bruce LaBruce, isn’t quite that. It’s a brave satire of a completely different era and sensibility of feminism. It’s bold, transgressive and at times very funny, but doesn’t pull everything together in the end.

The film, a German production that’s mostly in English, centers on the Feminist Liberation Army, a school/feminist-lesbian splinter cell based in a large house in the countryside. The group is led by Big Mother (Susanne Sachße), who teaches her students a radical separatist version of feminist ideology—meant to lead up to a vague idea of armed revolution, that’ll be funded through (what else?) pornography.

The film plays with clichés, and then subverts them. Big Mother dresses as a nun whenever someone from the outside is about to enter the house, while there are slow-motion pillow-fight scenes. There’s plentiful nudity, The Misandrists is considerably less male-gaze-oriented than the sort of films it’s parodying typically are.

In a twist on the setup of both versions of The Beguiled, an injured male is brought into this all-female sanctuary to be nursed back to health, although LaBruce’s film takes things in a totally different direction (the man still suffers horrific maiming, albeit maiming of an entirely different sort.) The presence of that male interloper emerges as one of many secrets being kept in the house.

The other twist is that the film’s set in 1999, and feminism has changed. Sent up is the late second-wave ideology that was in vogue the time—“manifesto” becomes “womanifesto,” and other linguistic tics of political correctness’ first era. There was even an argument or two I remember hearing from feminist college classmates back then. It does have some fascinating things to say about how feminism has changed over the last generation, when it comes to trans acceptance, especially through the pivotal character of Isolde (Kita Updike.) The film also looks great, establishing a sense of place both inside and outside of the school.

The Misandrists doesn’t entirely stick the landing, and the ending isn’t the deserved payoff. But it’s still such a different sensibility from anything else right now that I can’t help but recommend it.