Alex Gibney's Agents of Chaos shows how "Russiagate" has ended up being a non-issue in the 2020 election. 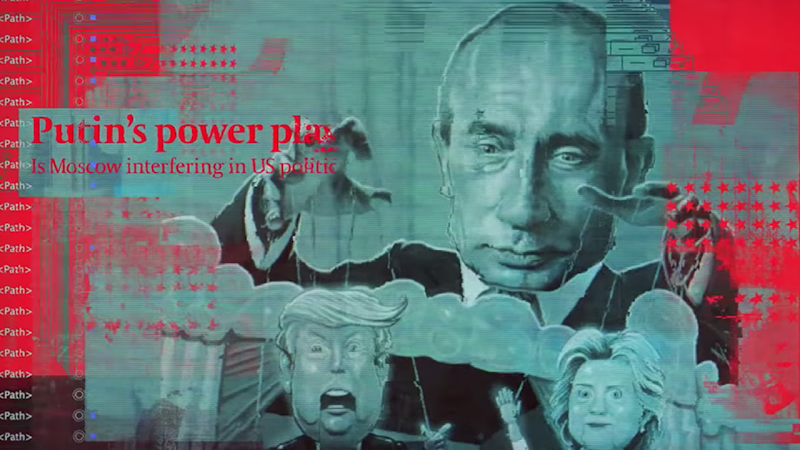 Back in early September, Ryan Cooper of The Week wrote one of the better columns of the year, looking at almost every major faction of American politics that has adopted false myths of what's known as Russiagate.

The Trumper version is that it was all a Deep State conspiracy and unfair to Trump. Much of the center left “resistance,” meanwhile, has embraced far-flung conspiracy theories that go far beyond the established facts, including the belief that Trump’s long been a Russian agent, and that anything they don't like about American culture or politics is the direct result of Russian subversion. As for some parts of the far left, their position is surprisingly similar to the Trumpist one—that it's all “Russia hysteria,” the DNC is worse anyway, and besides, hasn't the U.S. interfered in elections the world over, for years?

As a result, "the Russia story" has barely been a factor in the presidential campaign, and there also isn't much of a consensus as to exactly what happened with Trump, the Russians and 2016.

Into the breach has stepped the prolific documentarian Alex Gibney, with his new film Agents of Chaos. The two-part, four-hour film, which debuted on HBO last week and remains available on HBO's streaming platforms, aims to get right the real story of exactly what happened with Russia, Trump and 2016.

The film does fall victim to a lot of the same weaknesses often found in Gibney’s work. It's long-winded, slow at points, doesn’t offer much new, not-previously-reported information, and didn't need to be four hours long. But Agents of Chaos is an easy-to-understand tick-tock of exactly what happened, one that's factually solid, avoids most of the myths and doesn't get over its skis.

Executive-produced by veteran journalist Lowell Bergman—the guy Al Pacino played in The Insider—the film reaches several conclusions: The Russia story, for the most part, is true. The Russians did interfere in the 2016 election, and Trump and his campaign, to various degrees, accepted their help. Numerous Trump cronies had corrupt ties to the Russians, Trump does have a disturbing tendency to ostentatiously praise Putin, and the President lied numerous times about his business in Russia and other aspects of the scandal.

On the other hand, The Steele Dossier was almost entirely bogus, as are the Louise Mensch-like narratives about Trump being a full-on Russian agent. The "pee tape," hilarious as the prospect is, almost certainly isn't real. The film also falls short of concluding that the Russian interference actually caused Trump to win the 2016 election. The Russians didn't make us do it—we got this way on our own.

Agents of Chaos starts slowly. The sluggish first hour is almost entirely about Russia/Ukraine intrigue, even if it provides a primer for those who have trouble remembering the names of all of those different Russian oligarchs. The second half of the doc is much better than the first, as it traces how the interference worked, how powerless those tasked to stop it were, and even the vile episode of the Seth Rich conspiracy theory. That story was spread by the loathsome Julian Assange, a past subject of another Gibney documentary.

No one can accuse Alex Gibney of slacking. Agents of Chaos is one of three 2020 documentaries he directed, joining Crazy Not Insane, as well as the upcoming coronavirus response documentary Totally Under Control. He also executive-produced Kingdom of Silence, about the murder of Jamal Khashoggi by the Saudi royal family, which heads to Showtime the first week of October.