Liberty Heights (1999) is the most substantive and least dated of all of Levinson's Baltimore films. 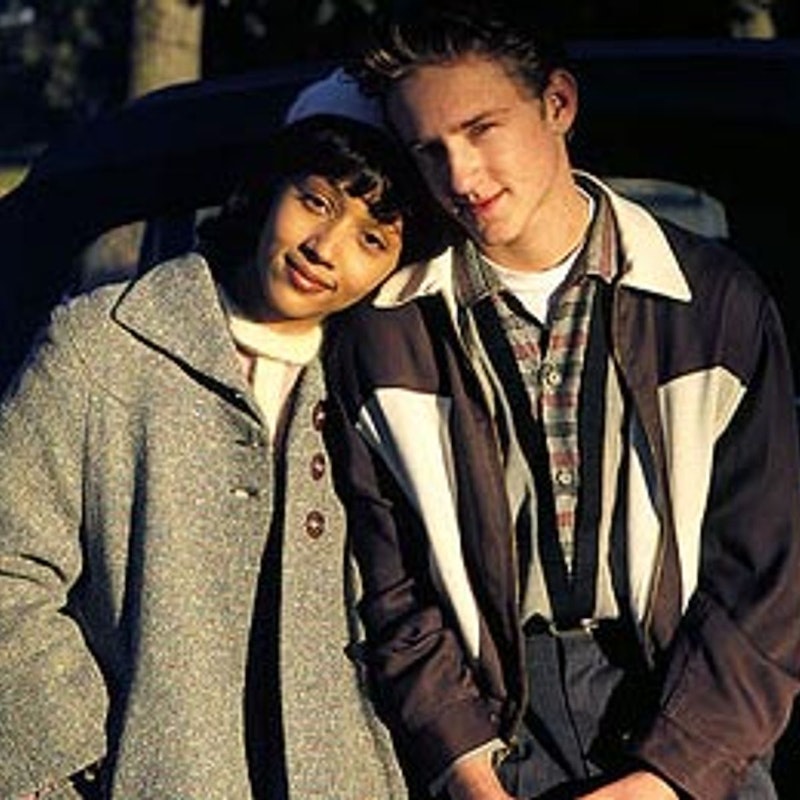 Between 1982 and 1999, Barry Levinson wrote and directed four films set in his hometown of Baltimore. All of them take place primarily in the 1940’s, 50s, or 60s, and are semi-autobiographical. They’re packed with Levinson’s blend of dialogue and improvisation, creating a string of believable conversations, and by extension, characters. Is the setting of the quartet simply because Levinson chooses to set his films in his hometown? Or is there some commentary, albeit dated, being conveyed? I was pleasantly surprised to learn during a re-watch that Liberty Heights checks both boxes.

Levinson had carved out a decent career as a comedy writer prior to making his own films, so it’s fitting that the first two of his quartet are straight comedies. Diner (1982) and Tin Men (1987) are heavy on the mundane arguments and debates that provide loads of laughs. The classic sandwich argument scene in Diner and the petty revenge saga in Tin Men are prime examples. Both are comedies, though there’s still some commentary fit in, which is most likely what led to Levinson’s critical acclaim in this time. Diner showcases the intricacies of a local culture while simultaneously pointing a finger at the flaws of masculinity. Tin Men exemplifies the capitalist “rat race” and how pointless it can be, yet heartbreaking along the way.

In 1990, Levinson took on his biggest challenge to date with Avalon, a sweeping drama that tells the story of a family that comes to Baltimore from Poland in 1914. The film has scenes that will draw laughs, but it mostly focuses on Jewish assimilation to American lifestyles. There is crossover thematically from the previous films, as the ideas of both capitalism and flawed masculine culture are present throughout.

Avalon marked a turning point for Levinson, showing his ability reached far beyond comedies, as later showcased in his best director win for Rain Man. Even so, all three films still veer away from issues specific to Baltimore, and stick to larger issues, that could be played out in any major American City. This trend halted abruptly with the final film in Levinson’s quartet, Liberty Heights.

This time around, Levinson addresses Baltimore head on, rather than sidestepping it. When we first meet Ben, he’s walking with two friends outside a community pool, when they see a sign that reads “No Jews, dogs, or coloreds allowed.” Meanwhile, Van and his friends attend a Halloween party, and mention that they must travel to the other side of Falls Rd., which they refer to as “gentile turf.” After they arrive, a fight breaks out due to anti-Semitism. The nod to a divided Baltimore, when the practice of redlining was even more overt than it is now, is not something Levinson put front and center previously.

It’s not long until Ben falls for Sylvia (Rebekah Johnson), a black student at his newly desegregated high school. When Ben rides the train with her, they draw nasty looks from other riders. When they get close to her house as he walks her home, he must hide from her parents, as they wouldn’t like her associating with a white friend.

As things progress, Ben learns more and more about Sylvia’s culture, and is shocked. He previously stated, “I thought everyone in the world was Jewish, I didn’t even know there were other people.” Ben grew up in a divided Baltimore. He even finds it appropriate to ask if Sylvia knows Cab Calloway, implying he thinks she knows all black Baltimoreans. Though it may look far different than it does now, the issues of a divided city and cultural assimilation haven’t gone anywhere.

Nate runs a lackluster burlesque club, as he seeks to expand his numbers racket, only to have it bought out by Little Melvin, a black man in the neighborhood, as a means to cover a bet he won. A back and forth ensues as Nate tries to get his business back, which he does when Melvin has lost so much money he must sell it back to him. Afterwards, both men are confused by the exchange and feel they were ripped off. Levinson points to divides between Jews and Gentiles, and blacks and whites, but also does not shy away from the divide between Jewish and black people. Melvin at one point even accuses Nate of trying to “Jew” him out of money, drawing retaliatory racial slurs from Nate’s friends.

As Ben’s high school graduation approaches, he and Sylvia chat about their college plans. He casually states he is going to University of Maryland, and Sylvia proudly says she is going to Spellman College. Ben asks why she would want to go to a “negro school” now that schools are desegregated. Sylvia rejects his idea of where she is “supposed” to go and is offended yet not surprised.

After the graduation ceremony, Ben and Sylvia step away from their families to chat. They acknowledge the gap between them (which will soon be both physical and emotional) but decide to keep in touch. The two share a kiss before parting ways, upsetting both sets of parents.

Levinson doesn’t imply the characters have solved any of these problems. Ben hasn’t stopped anyone, including his family, from being racist. Instead, he educates himself and understands this gap, which he recently wasn’t even aware existed. Just as Levinson doesn’t pretend to a be a white savior, neither does Ben. He simply kisses Sylvia and accepts they have differences, just not those he perceived.

Liberty Heights may well be Levinson’s best work. Subtle imagery, flawed characters, sharp dialogue, and showcasing issues of the time (and how many still exist today) lead to a poignant look at the writer/director’s hometown.