Soul Is Emotionally Connected to Culture 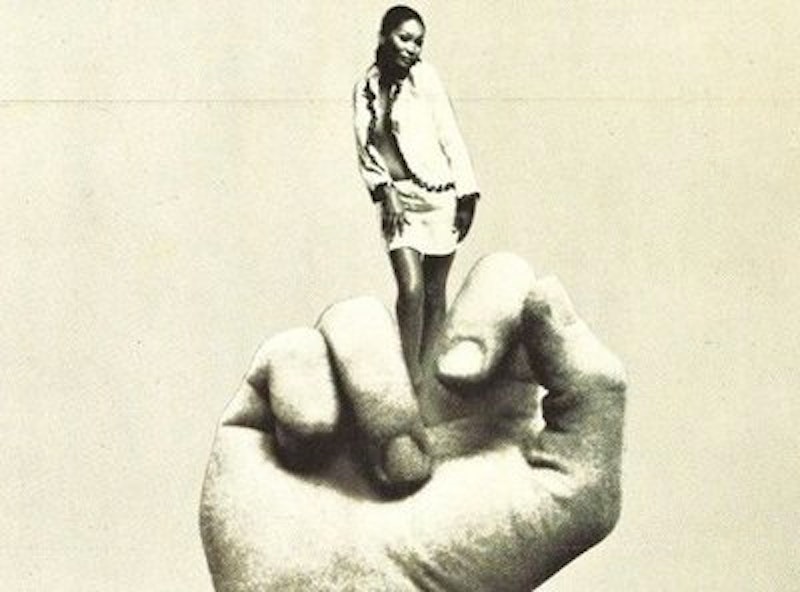 Putney Swope is a film for our times, a politically incorrect, irreverent, up-yours, middle-finger extended, satirical F-bomb that runs riotous roughshod over everything that’s stamped Made in America—corporate corruption, race relations, the white power structure and advertising. Billed as the “Truth and Soul Movie,” Putney Swope was made in 1969 on a budget of $120,000 and later enshrined in the National Film Registry as “culturally, historically or aesthetically significant.” If you haven’t seen it, felt its mirthful sting, order it now.

Putney Swope turns America inside out, upside down and flips it around before reassembling it into a Swope-side-up black rebound. The film ranks as one of the great hilarious romps across a phonier-than-thou life-scape, along with Blazing Saddles and Spinal Tap, for those who are into such twisted delights.

And every fan who’s seen Putney Swope remembers the two showstopper lines that earned their immortalized way into America’s vocabulary: When Swope was curled up in bed with a black beauty, she rolled over and said, “Swope, I’m gonna bend your Johnson.” Moments later, in the same snug setting, Swope leans into his partner and scolds, “Just because you’ve got a set of jugs doesn’t mean you rule the world.”

What brought Putney Swope to mind was Heather Mizeur’s announcement that she’s emerging (part-way) from retirement on her Eastern Shore herb farm, after a losing but impressive run for the Democratic nomination for governor in 2014, to launch a new movement, if that’s the appropriate description, “MizMaryland: Soul Force Politics.” First, she ought to watch Putney Swope. Or maybe she has.

Second, many columns ago, back in the Guttenberg days of The News American, I wrote about the 1983 mayoral race when the irrepressible Billy Murphy was running against that immovable William Donald Schaefer. In it I characterized Murphy as the Putney Swope of the campaign for mayor. Murphy’s campaign manager was delighted. Murphy, like Swope, was trying to upend the established and the establishment. He failed, though he tried mightily.

Soul, as a word, has fallen into unfortunate disuse these days except for its association with black comfort food. Its use kind of tapered off toward the end of the civil rights movement, at about the time Putney Swope was popular, when it was applied mainly to black performers. Soul is not interchangeable with grit, or heart. Soul is deeper, more intense. Soul is emotionally connected to culture. Politics is a vendible business.

But Mizeur’s revival of soul, the word, though timely, lacks the life-force of the word and sounds (and reads) more like the meditation of an erstwhile flower child who, at the height of the free-wheeling 1960s, confronted an aimed rifle with a daisy (in a famous photo from the era).

More spiritual than physical, more thoughtful than actual, Mizeur’s venture into Dr. Phil politics is intended as a bridge over troubled waters, to get people talking about their differences or—as she put it in The Baltimore Sun, to “give us the clarity and the strength to have a conversation with someone who disagrees with you, and really rankles you.” Mizeur also wants to encourage active engagement in politics through spiritual enlightenment.

If it sounds otherworldly like Zen, or yoga, or mysticism, or plain old navel-gazing, Mizeur cites as her inner guidance counselors those original, benign peaceniks, Mahatma Gandhi, Martin Luther King Jr., and Nelson Mandela. Along with them, she even has the support of Maryland’s Republican Gov. Larry Hogan. Huh? And, on the softer side, her pal, Melissa Ethridge. Eat, pray, love.

Mizeur’s brand of send-‘em-a-message politics, or whatever, whose quiddity she characterizes as essentially spiritual, will, nonetheless, employ a workshop of techniques that are definitely of this wireless world—a blog, a podcast and, perhaps, a new entry, training camps for women.

But Mizeur is extending an olive branch, or maybe a tranquilizer, at a time when America is undergoing one of those periodic cycles of dissonant upheaval. In the White House is a president who’s unfit for the office, by many assessments, and nobody’s quite sure how to, or whether to, get rid of him. Young upstarts in both chambers of Congress are calling for removal of their sclerotic leaders—Democrats in the House, Minority Leader Nancy Pelosi and her sidekick, Minority Whip Steny Hoyer, and Republicans in the Senate, Majority Leader Mitch McConnell and his team of mandarins.

Hurricanes. Floods. Wildfires. Mass shootings. Sexual predation. Renewed contamination of the environment. Bastardized health care. Black Lives Matter. Omens of nuclear apocalypse. All fake news, of course. Analgesics won’t relieve the annoying thump. Laws and programs are recklessly upended and dismantled by President Trump both as fulfillment of campaign promises to his base as well as to obliterate the legacy of his predecessor, Barack Obama. Trump’s destructive actions raise the question of whether he would expunge the Obama-era accomplishments if Obama were white, like much of Trump’s primate base.

And Trump continues his war on the media as well as his more combustible conflicts with Iran, North Korea, NAFTA, the Paris Climate Accord, UNESCO, Mexico, Christmas—have we missed anything?—and soon America will be a cooped-off island unto itself, and Trump’s trailer-park base can tip their baseball caps because America’s Great Again!

Here in Maryland, the numerically superior Democrats appear ready for toe tags, with Hogan perched to become the first Republican governor to be reelected since the 1950s. There are now eight Democrats running for governor, and the party is split among blacks and whites, moderates and progressives, turnouts and sit-outs, and turncoats.

Putney Swope’s a brand of soul savaged such situations with creative havoc. Here’s the set-up: Swope was the only black in an all-white advertising agency. When it came time to pick a new leader, Swope won the agency’s presidency by default because nobody thought he would win when they each secretly voted for him over their white rivals for the job.

He first renamed the business “Truth and Soul, Inc. Next, he replaced all the whiteys with his black brothers from the hood. Swope then decreed that the firm would accept no business from companies that produced alcohol, war toys or tobacco. Their truth-in-advertising ads showed products falling apart and doing the reckless opposite of their fraudulent claims, just as they would when used by consumers.

Swope’s iconoclastic ads were so successful that the government considered the advertising agency a threat to national security. Thereupon, the president of the United States—a dwarf mafia don named President Mimeo—appeared in a limo to investigate and ordered Swope to desist before the truth subverts the nation. That’s soul.