Sometimes It Snows in June

Some random notes on Blade Runner 2049. 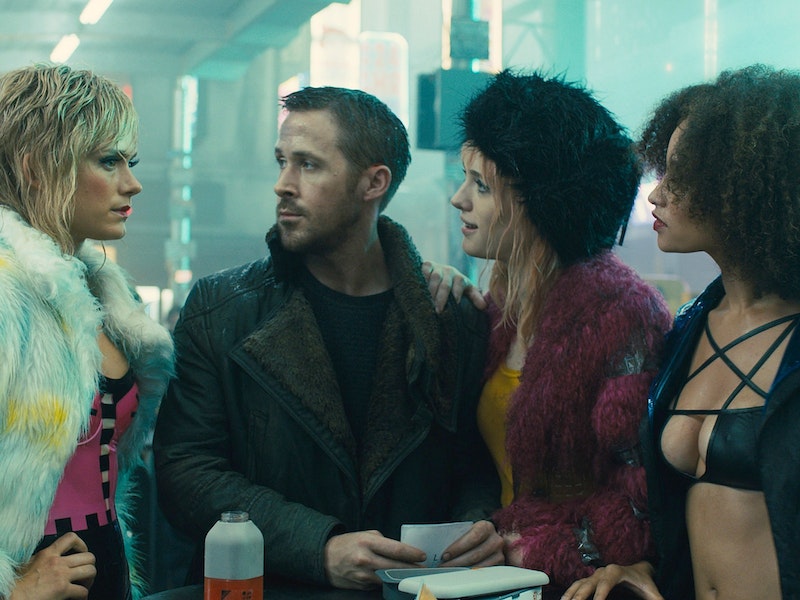 When I was young, my mother owned a VHS copy of the original Blade Runner. What lingers in memory from then—it’s been a long time since I re-screened it—are bursts of violence and a noxious, futuristic atmosphere: dark and rain-swept streets, ancient, empty interiors, dank claustrophobia. I admired what I saw even as I felt repulsed by it. Given Arrival and Sicario as evidence, the directorial choice sold me on a sequel far more than the involvement of Ryan Gosling, whose presence in movies has acted historically as a personal cinematic kryptonite. Yet I appreciated his laconic mettle in Blade Runner 2049, which may become the first movie in decades that I’m compelled to see in the theater twice during its initial run.

—So: is Deckard (Harrison Ford) a Replicant? I don’t really care, and neither does this movie.

—For much of the 163-minute run time, a bleak rumination reigns, and there’s a meditative, deliberative feel to the proceedings. This has the effect of accentuating moments of violence when they do emerge; be forewarned that a few of these moments are difficult to digest even for the more hardened among us, particularly one arriving immediately after a newborn Replicant is unceremoniously disgorged, panting and crying, from what looks like the world’s largest Zip-Lock sandwich bag.

—Gotta admit, I grinned and had to stifle a pleased chuckle when Edward James Olmos cameoed to bust out some symbolic origami.

—Rain ruled over Blade Runner; even the disinterested will recall the sheer slickers and umbrellas, Ford hunching reflectively. Thirty years later, snow reigns. It’s a constant, the flakes gently tumbling down like ash.

—The stoic K (Gosling), we learn at the outset, is a Replicant, an LAPD blade runner. He plays house with a doting, sympathetic AI (Anna de Armas) in a sub-plot whose emotional impact crept up on me—two products straining towards an imitation of normalcy in a dying world.

—I don’t have enough fingers to count all of Blade Runner 2049’s breathtaking scenes, so I won’t try. Instead I’ll single out the one that best underlines the moral-free ruthlessness that governs this vision of the future: harriers closing in on K after grounding his flying car, and Wallace thug Luv (Sylvia Hoeks) casually picking said harriers off, by voice command via sunglasses linked to an armed satellite while receiving some kind of dazzling techno pedicure.

—Also, Hoeks may be the low-key MVP here.

—The color palette is varied here: the rotted yellows of the interior Wallace Corporation, Los Angeles’ radioactive oranges, towering neon advertisements glowing atop skyscrapers. But the hues that stand out for me when I think about the movie are the grays Gosling’s K encounters as his flying car drifts above the darkened city blocks and sprawling protein farms that comprise what we see of Los Angeles.

—As for San Diego, well—it would be interesting and instructive to watch Blade Runner 2049 with a San Diego audience.

—One of the reasons I’m half-anticipating Avatar sequels is that I want to see what a denatured 22nd-century Earth looks like in that universe. 2049 is almost there, with a streetwalker remarking to K that she’s never seen a tree before. Likewise, 2049 implies that humanity has colonized nine worlds, suggesting that most of the 1 percent have fled Earth. I wouldn’t want to see this become a film franchise, but it’d be amazing for the camera to lead us into the stars? That’s a tantalizing notion that this film withholds from us.

—Speaking of which. To return to the concept of claustrophobia, 2049 branches out to more settings than its predecessor but somehow manages to seem more cramped, more trapped. Almost every character is confined in one way or another, and that’s a feeling shared by the audience. In the sky or at street level, there’s always the sense that death or danger is lurking around the corner, and that ultimately, there’s nowhere to run.

—Talking shit about Jared Leto’s Blade Runner 2049 role has recently become a more popular pastime than talking shit about Leto generally. That’s understandable—he’s heavy Method, he’s ridiculous—but I’d argue that the approach suits here, where he’s portraying an impossibly wealthy megalomaniac struggling under the weight of an equation he can’t quite solve. In a movie exploring shades of sentience, he plays Niander Wallace as twisted and inhumane, a blind homo sapien guided and trailed by a loose entourage of drones the size of oversized mutant beetles, mumbling weird aphorisms like a TED talk superstar on Quaaludes. He’s like a space alien, and given the off-world colonization we never see, maybe he is one. It’s great casting.