Biopics don’t get much worse. D 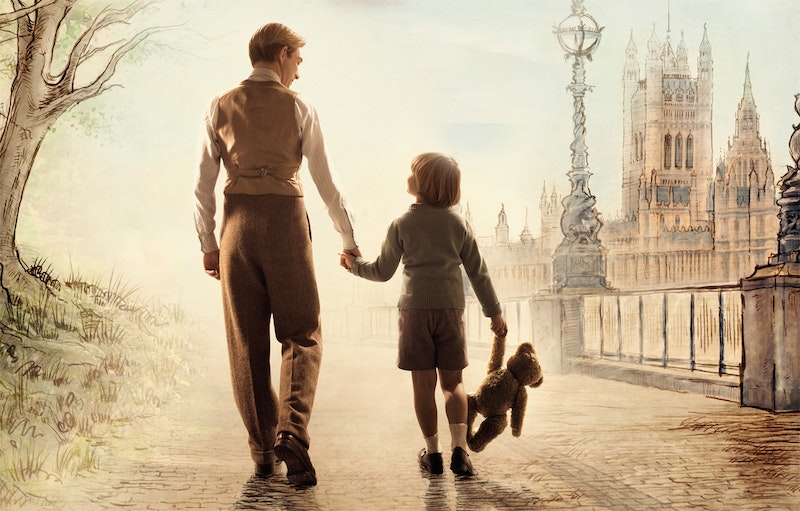 Biopics don’t get much more dreary or off-putting than Goodbye Christopher Robin, a cinematic telling of the origin of Winnie the Pooh that’s crushingly bad in two completely different ways. It’s boring for the first half, and reprehensible for its second.

Directed by Simon Curtis, we get the story of how A.A. Milne (Domhnall Gleeson) created the beloved bear of literary yore in 1920s England. A veteran of World War I who suffered from what’s now called PTSD, Milne is a blocked writer who’s ultimately inspired by his adventures with his young son (Alex Lawther, later Will Tilston), whose real name really was Christopher Robin, to write a book. And when the book becomes a literary sensation, the attention all but ruins young Christopher’s life.

Also on hand are Margot Robbie as Daphne, the boy’s vicious, insulting mother, and Kelly Macdonald as his kindly nanny, who found herself essentially raising the young boy.

The movie’s first half takes a long time to get going, as it does some half-hearted fan service in slowly introducing us to the inspirations for the Hundred Acre Wood, Eeyore, Tigger, etc., until the book catches on. Eventually it’s clear that the boy, called “Billy” by his parents, is being callously exploited by his family, something his father appears to regret, while his mother doesn’t. There’s also a point to be made about the toxicity and dark sadness of fandom, but the film doesn’t seem particularly interested in making it.

There’s some sweet father-and-son stuff early on, and those middle scenes really make you feel for what the kid went through. But then, there’s a bizarrely rendered flash-forward, leading into the hell that is the film’s third act. There’s a wildly, insultingly manipulative twist, an egregious example of the script revealing something, wringing out the necessary pathos, and then pulling the rug out from under it. (Critic Tasha Robinson dubbed this trope “The Disney Death.”)

The other sin of the ending is that it hangs the entire movie on a father/son reconciliation, when in fact Christopher’s mother treated him worse than his father. But the film is missing what should be a crucial scene that’s either a confrontation or a reconciliation.

Gleeson’s been everywhere the last couple of years, in everything from the new Star Wars films to one scene in Darren Aronofsky’s mother!; he gave a delightful, energetic turn as an oily CIA man in American Made, just a few weeks ago. Here, he’s practically sleepwalking. Robbie, though, gets to play about one note—sneering contempt. She’s much better in the upcoming I, Tonya. And Phoebe Waller-Bridge, from the acclaimed Amazon show Fleabag, is listed in the cast, but I have no memory of her appearing on screen.

A failed attempt at a “serious” literary biopic, this one is for Milne obsessives only. And probably not for them, either.