Breaking In is a Big Snooze 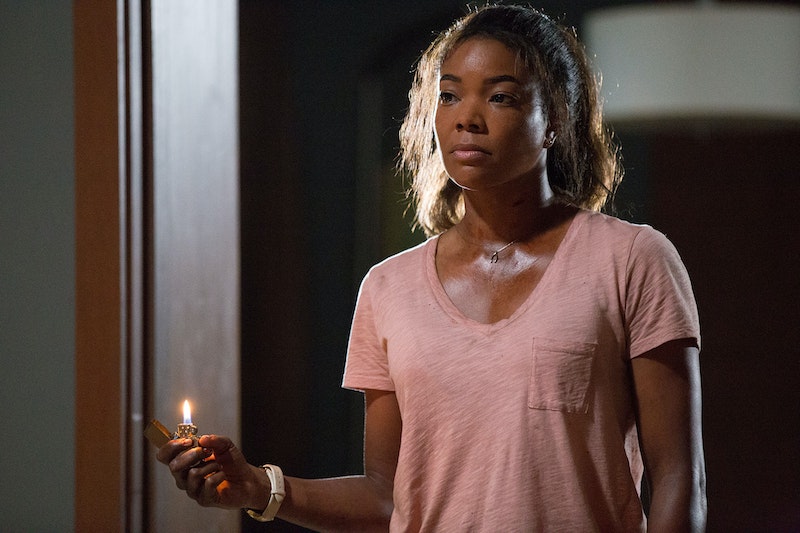 These aren’t spoilers because there’s nothing to spoil. All right. Why didn’t the boy shoot the guy? In fact, what did he do instead of shooting? One minute there’s a big scene where the kid holds a gun on the guy while the guy attempts to smooth talk him. Then the guy’s sneaking up on Gabrielle Union, and he’s got the gun. So the kid handed it to him, I guess. It’s hard to believe any movie thriller would include such a fizzled moment. Instead there’s a gap that’s never acknowledged. The movie cuts out from the showdown but then carries on as if we’d seen the showdown’s end. That’s how I read it anyway. Maybe there’s a line or moment that explains all. If so, that’s a hard-working line or moment.

I spotted a few in Breaking In, a new thriller starring Union, some actors playing dirtballs, and a couple of nice kids. “She’s the old man’s daughter,” grits the leader of the dirtballs. This explains why the middle-aged lady can outhustle the four experienced criminals who take over her father’s house. Apparently the old man was a master criminal —the house is a super-technological fortress with a safe full of large bills—and the woman inherited whatever it takes to be a master criminal, though she chose the straight and narrow. Added to this, she’s a mother. “She’s a mother,” says the dirtballs’ mastermind (Billy Burke). “She’ll keep coming back for her kids.” Or he said something like that.

The dialogue in Breaking In has a certain linoleum feel. Dishes have been broken on it, stains have been wiped off. It has served one film or another, and it will serve many more. Ryan Engle wrote it this time around, and James McTeigue’s the director.

They present Gabrielle Union and her blue jeans make their way over roofs and along corridors. Body-wise she’s the most unashamed middle-aged action star I’ve ever seen. She looks like just anybody who’s hit their 40s and wears tight clothing; that is, like she shouldn’t. Close up, she has the same idol-like, impressive face as in her young days. It’s a face that will serve as the basis of some CGI wonder in a future film: a mountain that’s also half-woman, and a plucky band journeys toward it.

For now Union’s face is stuck in a dimly lit, badly paced snoozer that benefits from competent acting all around, plus the charm that the kids (Ajiona Alexis, Seth Carr) bring in addition to their acting. The script says nothing about the racial set-up of the cast, with the black family being menaced by three whites and a psycho Hispanic. The nasty Hispanic (Richard Cabral) and the cold-blooded mastermind are both dark, the jittery guy with a conscience (Levi Meaden) is very white, and the guy who gets taken down first (Mark Furze) is also very white, in the sense that his scalp shines an expanse at us.

Finally, the black man on view receives awfully thin servings. The guy playing the husband (Jason George) comes up to the front door and is taken down by the mastermind criminal. From there he’s laid out, and at the end we find him huddled beneath Union’s arm, him and the two kids. Make of this what you will. I still don’t know how the one guy who knew how to open the safe turned out not to be the only guy who knew. That kind of thing bothers me.