Blissing out on the streets. B- 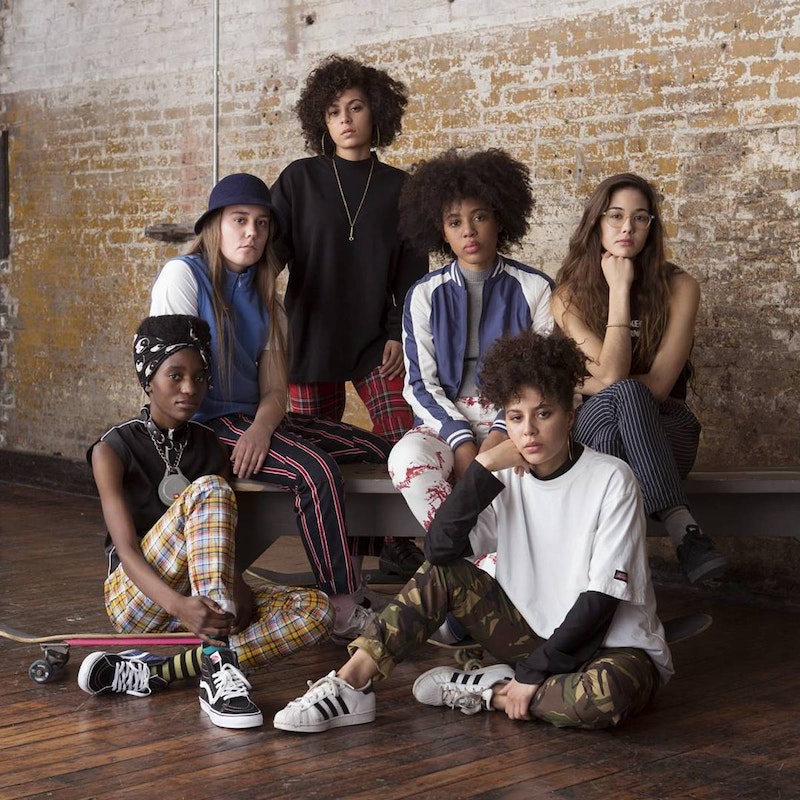 Crystal Moselle’s young career as a filmmaker has been characterized by stories built around people she’s met at random on New York streets. That was the origin of her debut feature, the documentary The Wolfpack, about a group of movie-obsessed, socially isolated brothers. She later discovered an all-female teenage skateboarding group called Skate Kitchen and made them the focus of her short That One Day, part of the Women’s Tales series from Miu Miu. Now she’s given each of the Skate Kitchen members a fictionalized version of themselves to play and put them into a new feature.

Skate Kitchen follows Camille (Rachel Vinberg), spending an aimless summer stuck at home after her mom forbids her from skateboarding after a nasty accident. But she defies this ban to join Skate Kitchen, and consequently gets kicked out of the house. She moves in with Janay (Dede Lovelace) and strikes up a romance with Devon (Jaden Smith), a member of a rival boys’ skateboard group and a former flame of Janay. This and other interpersonal knots threaten to undo the tight-knit group.

The movie studies what happens when pleasant youthful freedom drifts into capital-D Drama. Teenage irrationality is posited as perhaps the inevitable endpoint not just of not-yet-formed brains but also of endlessly idle hands. Frustratingly, the easy naturalism that the young actors embody when they’re just hanging out doesn’t fully bleed into the more dramatic parts of the film. It’s not that their relative inexperience makes them bad at selling these scenes—they’re often convincingly raw in their emotion. But the more constructed nature of the conflict is obvious next to the freeform summer narrative it’s a part of. The fights between the girls may have been better off as just other episodes in their story, rather than an unwelcome interruption to it.

When Skate Kitchen blisses out on the streets, though, any issues ghost away. The movie lives in the girls’ satisfaction in a well-landed skate move or in the sheer rush of flying down sidewalks. One exhilarating sequence follows the skaters out and about on at night, set to Khalid’s “Young, High & Dumb,” in a best-of-the-year moment. The Skate Kitchen crews shines as well when they just get to hang out, their real-life camaraderie showing through. Moselle’s documentary aesthetic is best at home here as well, simply capturing their energy and good fun as it is. That’s a nice little corrective to any cultural handwringing over the state of our youths.