Film Review: Crazy Rich Asians is a Synthesis of Old and New

This could be Constance Wu’s breakout role. B 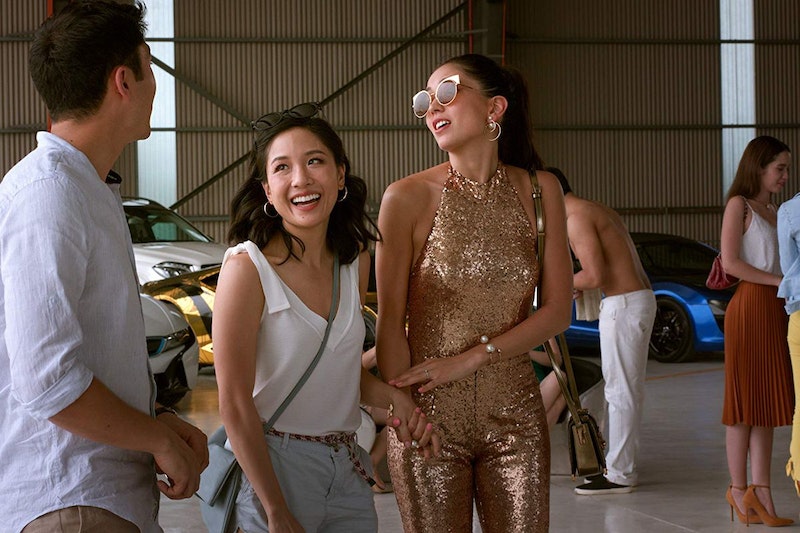 What I like most about Crazy Rich Asians is the way it combines the old and the new. It’s an old-fashioned love story, with the sort of obstacles, most notably cultural differences and parental disapproval, that have been part of movie storytelling for about as long as there have been movies. There’s even a last-minute dash to the airport.

But on the other hand, the film hinges in many ways on certain, highly specific cultural clashes—between, say, old-money and new-money ethnic Chinese in Singapore, or between a Chinese-American protagonist and Sino-Singaporean potential in-laws—that have never before been the subject of an American film, much less a major Hollywood release.

Crazy Rich Asians mixes these things, and plays them off of each other, in a wondrous way. The movie is also extremely charming, featuring a star-making lead performance and a series of head-turning supporting roles.

The first big studio film to feature an all-Asian cast since The Joy Luck Club in the mid-1990s, Crazy Rich Asians is adapted from the first of author Kevin Kwan’s popular, loosely autobiographical series of novels. Kwan himself was raised in the Singapore aristocracy, giving him the knowledge to tell a story about this specific subculture.

The film stars Constance Wu as Rachel Chu, a Chinese-American woman of middle-class origins who at the movie’s start has been dating Nick Young (Henry Golding) for a year. She decides to accompany him to a friend’s wedding in his native Singapore—only to discover that he comes from one of the richest, most famous families in Southeast Asia.

The majority of the film is set at the wedding, as Rachel suffers wrath and judgment—of everything from her American assimilation, to her middle-class status, to her family background to the lack of fanciness of her seemingly impressive wardrobe. Most notable is her clash with Nick’s icy mother (Michelle Yeah), who wants her son back in Singapore to run the family business.

The film’s strength begins with Constance Wu, best known previously from the sitcom Fresh Off the Boat. It’s an empathetic, charismatic performance, from someone who deserves a long run of subsequent starring roles. Golding is a worthy romantic lead. Also standing out are Gemma Chan as a fashion-plate relative who’s like a less sinister Ivanka Trump, and Silicon Valley’s Jimmy O. Yang in a small but hilarious role as a decadent bachelor party creature.

Beyond the performances, this is a beautiful film. The clothes, the locations, the architecture—it’s all gorgeous, and finely rendered. Director Jon M. Chu is something of a journeyman—he directed the second and third Step Up films along with a Justin Bieber concert film and movie adaptations of G.I. Joe and Jem and the Holograms. But this is by far his best work.

This is a rare Hollywood film that takes issues of class and culture clash seriously. We’re introduced to Rachel’s college pal (rapper Awkwafina), who’s from more of a new money family (led by her father, Ken Jeong), that’s plenty rich but extremely different culturally from the Youngs. And there’s a lot of open discussion of the sort of demographic differences that don’t often come up in this sort of Hollywood fare.

Like most romantic comedies, the laughs seriously taper off in the movie’s second half. The satire, I gather, isn’t quite as sharp or biting as it was in the book. And the film often seems to function as an unofficial tourism commercial for Singapore, a country with a history of somewhat repressive actions.

Even so, Crazy Rich Asians is an entertaining film that represents a perfect synthesis of the old and the new.