It's better than Captain Marvel, but still not a touch on Spider-Man: Into the Spiderverse. B+ 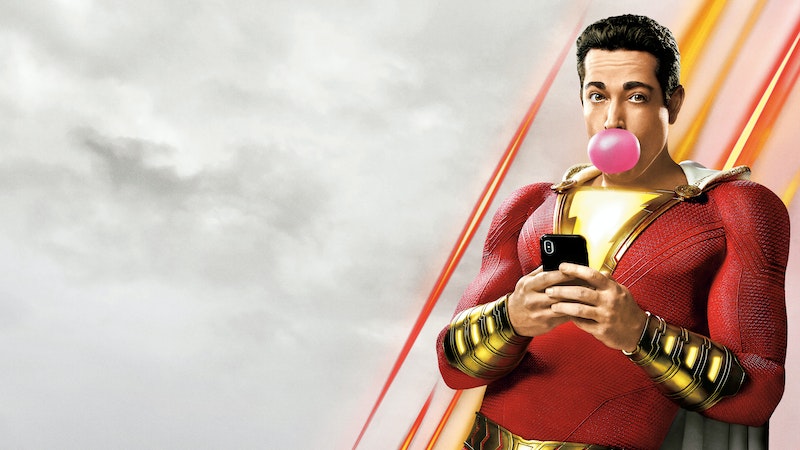 It took many years, trial and error, and the ejection of Zack Snyder, but it looks like the DC Extended Universe is back on track.

Last December's Aquaman, although flawed, was visually stunning and sported a commanding lead performance from Jason Momoa. And now there’s Shazam!, that accomplishes something that the DCEU hasn't quite grasped up until now—it's grounded, funny, and seems to take place in the real world. Most notably, it has something that was notably missing from the early DCEU pictures: joy.

Trading in fictitious realms for the actual city of Philadelphia—though it was filmed mostly in Toronto—Shazam! can best be described as Big, but with a superhero instead of Tom Hanks.

Asher Angel stars as Billy Batson, an orphan who was separated from his mother as a child and has since run away from various foster homes. Assigned to a new group home, Billy has a run-in with a long-haired wizard played by Djimon Hounsou—whose mumbo-jumbo-packed appearances are the film's weakest element—and suddenly gains the ability to transform into a muscular adult superhero named Shazam (Zachary Levi).

The movie starts slow, but once Levi shows up it really gets going. The actor, best known for the sitcom Chuck as well as a bit part on The Marvelous Mrs. Maisel, is delightful in the role, and also very funny.

Pop culture of late, between Stranger Things and It, has been full of teams of mismatched teenaged nerds coming together. Shazam! is one of the better examples of such a group, and my favorite character in it (and of the whole film) is Jack Dylan Grazer's as Freddy Freeman, a nerdy, disabled superhero genius who becomes Shazam's sidekick.

Some of the film's best moments are about Freddy and adult Shazam doing tests of his powers, with the aid of YouTube. Billy, in his non-Shazam incarnation, isn't especially interesting, but Freddy kept making me wish more of the movie were about him. Knowing how these movies work, perhaps one day one will be.

Mark Strong plays the villain, an evil physicist who's out for Shazam's powers, with the aid of an entourage of CGI demons. The film's action scenes are set largely in the skies and on tops of buildings above Philadelphia, and aside from the flying, they're a lot less CGI-dependent that DCEU movies of the past have been.

I also liked the way that Shazam! sets itself in a world where the characters are fans of Superman and Batman, in a way that makes sense whether they're thinking of them as fictional characters, or as heroes that exist in their own world.

Shazam! is a better film than last month’s Captain Marvel, although neither is anywhere close to the creative triumph that was last year's Spider-Man: Into the Spiderverse, the Oscar-winning animated masterpiece from Marvel’s Sony wing.