Tim Burton's grim aesthetic isn’t a fit for the material, nor is it impressive on its own merits. D 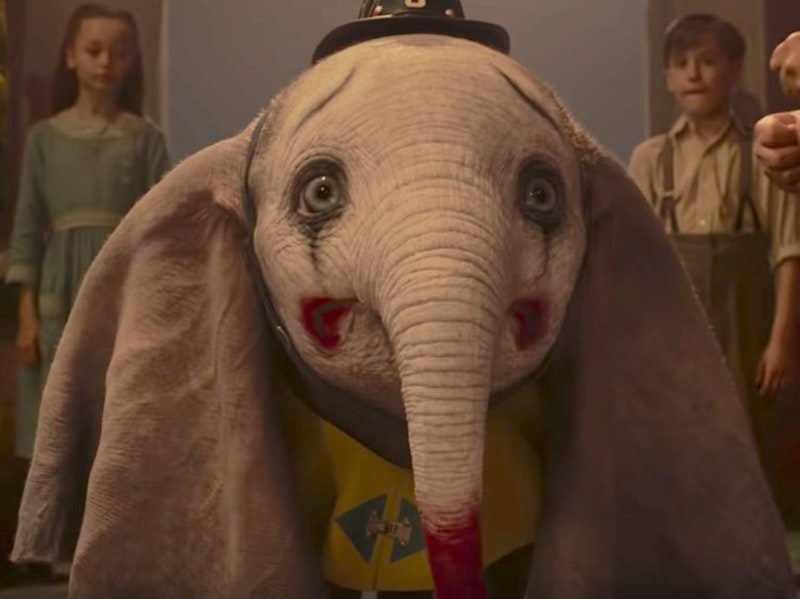 The two forces in Hollywood most associated with unnecessary remakes—Tim Burton and Disney—have joined forces to produce one of the most unnecessary remakes of all. Burton's Dumbo is an update of the 1941 Disney animated classic, arriving nearly 80 years after the original, while also adding an hour of running time and a full cast of human characters. The film does almost nothing to justify its existence.

In remaking the original Dumbo, Burton and screenwriter Ehren Kruger subtract the Timothy Q. Mouse character, and replace him with several humans, led by Colin Farrell as a one-armed, widowed war veteran, and Finley Hobbins and Nico Parker as his son and daughter. The family is part of the circus, where a certain large-eared baby elephant is born, suffers an early humiliation, and is then redeemed.

The original Dumbo is just about perfect, and even though it was unusually short, it told its compact story in a way that's stood the test of time for nearly eight decades. The new film stretches, with human story arcs, allegories about family separation and animal rights, and a plot that's not nearly as well-structured as the first film. It's hard to see what the point was.

Burton's sensibility isn't exactly a perfect fit for the source material, but the marriage seemed like it had a chance to make some counterintuitive sense. But it just doesn't work. The darkened visual look of the project isn’t a fit for the material, nor is it impressive on its own merits. And fine as the acting is, none of the human characters stand out; 24 hours after seeing the film, I don’t think I could tell you any of their names.

Dumbo isn’t quite as ghastly as Burton's unwatchable remakes of Alice in Wonderland, Dark Shadows, and Charlie and the Chocolate Factory—neither Johnny Depp or Helena Bonham Carter makes an appearance. But the distance from the quality of the original is much deeper. Even the score, by longtime Burton collaborator Danny Elfman, isn't great. Burton also casts Danny DeVito, once again, as a circus ringmaster, like he did in Big Fish, although this time the character is not a werewolf. It reunites DeVito with his Batman Returns adversary, Michael Keaton, though this time they've switched sides.

The only interesting idea is that the film sets its entire second half at a sprawling theme park that bears more than a passing resemblance to Walt Disney World, while making the Walt Disney figure (Keaton) the villain of the piece. But even then, the film doesn't do anything to develop that idea. Also, there's a gag-inducing cameo by Michael Buffer, and yes, he says "let's get ready to Dumbo." Actually, he says it twice.

Disney is doing something strange, during their current period of Hollywood dominance. They're remaking many of their classics, as Dumbo is one of three Disney remakes arriving between now and July. At the same time, they’re dispensing with the Disney Vault, and making all of their animated classics available on their forthcoming Disney Plus streaming service. The ability to compare the different Dumbos with ease isn’t likely to do the 2019 version any favors.

Unlike the recent remake of Beauty and the Beast and the sequel to Mary Poppins, Dumbo doesn't recall the spirit of the original, nor are the additions worthwhile. Although it’s great to see Tim Burton working with some of the collaborators of from his ever-distant glory days, it's time for him to get back to original, non-remake work.