A defense of Once Upon a Time in Hollywood‘s ending and its depiction of Sharon Tate. 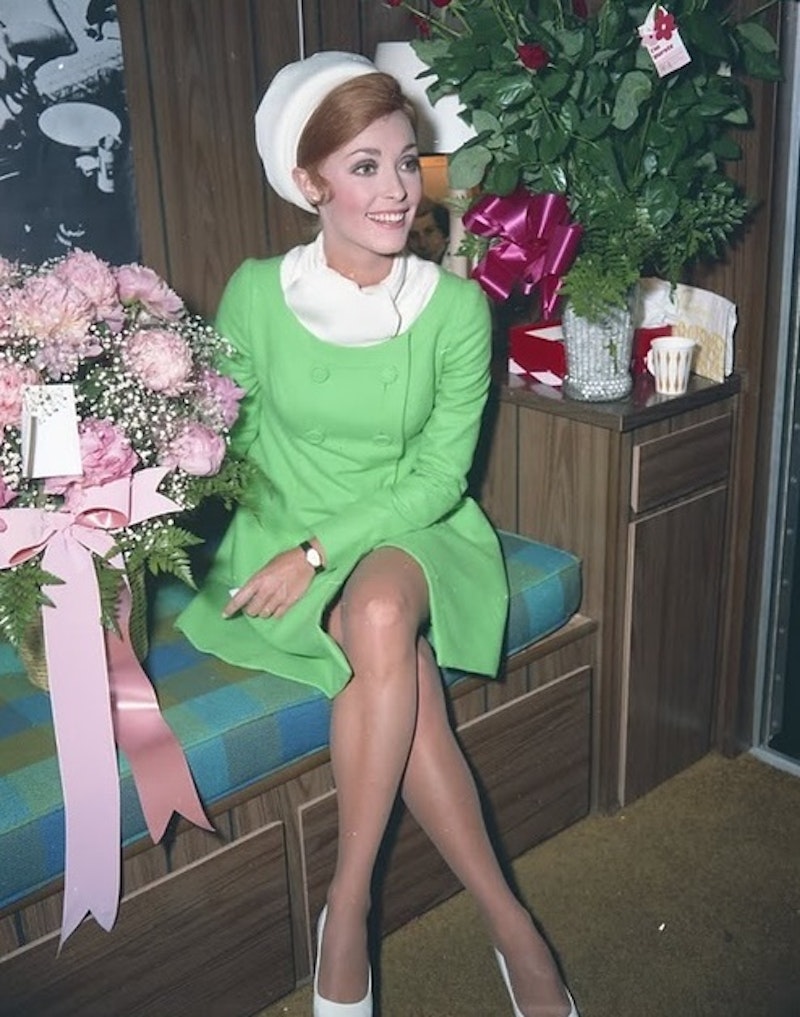 Sharon Tate in The Wrecking Crew

Once Upon a Time in Hollywood moved more people than I expected. I was overwhelmed by the movie, as I wrote last week, and after seeing it twice within days, I'm convinced that this is the best movie Quentin Tarantino has ever made. It’s as rich and semiotically complex as we've gotten from Hollywood this decade—and it might be a while before another movie as oblique, strange, and demanding comes to thousands of theaters across the country. Once Upon a Time in Hollywood asks a lot of its audience, but I’m shocked by the amount of people who know nothing about the Tate-LaBianca murders, Sharon Tate, or even Charles Manson and the Manson Family. The 50th anniversary of the murders is this week—this isn’t ancient history.

More obscure references abound: Cliff (Brad Pitt) allegedly killed his wife Natalie on a boat, an obvious reference to Robert Wagner, another leading man who fell from grace and had to do television in the late 1960s (and thereafter—he was on NCIS, The League, and Futurama this decade). Cliff, of course, is not an actor—and Natalie Wood died in 1981. But this movie’s not meant to be taken literally: it’s constantly playing with our history, memory, and pop culture past and present, from 1969 to the actors we’re watching on screen in 2019. Once Upon a Time in Hollywood is filled with young actresses and daughters of actors and filmmakers: Margaret Qualley, Dakota Fanning, Lena Dunham, Maya Hawke, Rumer Willis, Harley Quinn Smith, and Julia Butters as Rick’s precocious co-star on Lancer. Her character is the movie’s most optimistic gesture towards a belief in the future of Hollywood, and pointedly, that women will drive it.

Tarantino venerates women in Once Upon a Time in Hollywood, and his reversal of history is especially poignant considering he saves a pregnant woman and her unborn child. I can’t believe anybody could criticize the ending of this movie considering what Susan and Patricia actually did at 10050 Cielo Dr. Isn’t it amusing that in all the criticism of “having to sit through” watching Susan and Patricia die wildly violent deaths that Tex gets absolutely no sympathy? Critics privilege Susan and Patricia’s identities as women over the fact that they’re murderers. And what Cliff and Rick do to them is mild compared to what actually happened that night—I won't go into details here. I thought they were common knowledge, and so did Tarantino.

Others may say the Manson Family don’t deserve such an extreme punishment in the reality of the movie—they’re simply home invaders, and, as I saw someone write, just before I had an aneurysm, “just some dumb kids mixed up in some shit.” I find that really offensive, and I loved watching the Manson murderers get murdered themselves. Tarantino’s gesture doesn’t just extend to Sharon Tate, Jay Sebring, and everyone else at the Polanski residence that night, it’s a prayer for all people struck by sudden and unbelievably horrific traumas. Tragedy that permanently warps and never stops seeming inconceivable. Tragedy that never feels real, that makes life feel like a diversion, an improper path. That final crane shot of Rick walking up to the house with Tate and Sebring is an ascension not to stardom, but happiness, and optimism. Tate and Sebring lead Rick to heaven on earth.

Sharon Tate is Dorothy Stratten, Robert Walker, Natalie Wood, even Carole Lombard and River Phoenix: actors who died young and out of the blue, in plane crashes, overdoses, and murders. Actors who never got a chance to build a full body of work, actors who are now remembered for their deaths and not their lives, if they're remembered at all. By showing Tate in the most quotidian of circumstances—dancing, sleeping, singing along to Paul Revere and the Raiders, or going to the movies—Tarantino makes her more of a real person than any of his famed arch dialogue ever could.

In an early shot of Tate waking up, Tarantino quotes the opening of Contempt, following the contours of Margot Robbie’s body as Godard showed Brigitte Bardot. This scene was shot and inserted after Contempt was finished at the behest of American co-producers who insisted that a naked Bardot would drive profits. Tarantino turns Godard’s ironic and cynical subversion of such a crass commercial move into something sincere and beatific. There isn’t a trace of irony in the way Robbie plays Tate, or in the way Tarantino films her.

For a few days after its release, all I saw were complaints about the abundance of foot shots—specifically “dirty feet.” Tarantino’s foot fetish has been clear since at least Jackie Brown and has since been corroborated as more than simply an aesthetic flourish. The man likes female feet—so what? Are we not beyond kink-shaming? Who knew so many people were disgusted by “dirty feet”? But of course they’re insincere, and they trot out the lazy and cowardly suggestion that Tarantino is “jerking off” to his own movie. Isn't this the type of idiosyncracy and auterist flourish that we're missing in multiplexes? Tarantino gave his critics very little ammunition and now those that came prepared to hate Once Upon a Time in Hollywood find their brains scrambled. Literalists beware: this is not the movie for you.

Through the strainer, only three fair criticisms remained: the Bruce Lee scene, the comparative lack of screentime and dialogue for Tate, and the wild violence of the revisionist ending. I think the first two are fair: Mike Moh plays Bruce Lee as an arrogant prick, quick to start a fight and just as quick to lose to Pitt’s hapless yet impervious Cliff. In a movie where everyone else is respectfully represented, Moh’s performance is the only one that shades the truth and turns a kind man into a flighty prick.

I don’t think Robbie needed more lines or more scenes necessarily: the movie felt so much less baggy the second time I saw it, and to characterize Tate as roundly as Rick and Cliff would defeat the purpose of her character and tear her angel wings off. We see her from their perspective. Netflix has allegedly acquired a four-hour cut of Once Upon a Time in Hollywood, apparently with more Charles Manson. I’m not interested in that, the film as is handles him perfectly: dispatched after one pathetic scene. He isn’t ignored, he’s made visibly insignificant. Another beautiful gesture.

Because of this movie, when I think of Sharon Tate, I won’t think of her murder. I’ll think of Margo Robbie watching her in The Wrecking Crew.