Once Upon a Time in Hollywood is achingly sad, Altmanesque, and offers little optimism for the future of movies. A+ 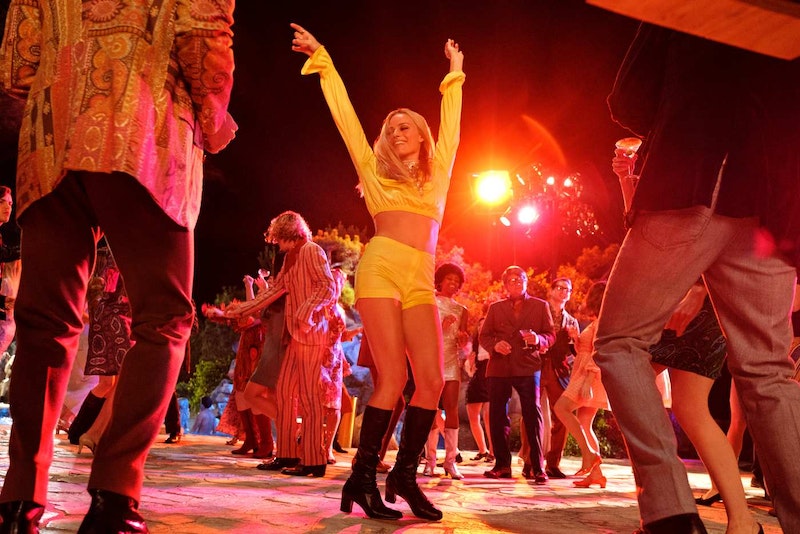 Once Upon a Time in Hollywood made me very sad as the day went on. Quentin Tarantino is the first director I ever loved—typical. Counting the days until both volumes of Kill Bill. Reading the screenplay of Pulp Fiction before I was allowed to see it. Seeing all four hours of Grindhouse the one weekend it was open in theaters. I saw that one and Kill Bill Vol. 2 at The Senator, the same movie palace my whole family went to this weekend to see Once Upon a Time in Hollywood. We all loved it. We know movies are dying out. I doubt that The Senator will be open in a decade. I doubt anything other than DIY film clubs will exist past the 2030s. But the medium will live on as long as cinematography remains as resonant and absorbing as it has since Lumière and Méliès. Movies bring us into the dark so that we can see. That’s why what Renegade Cut called “Late Stage Disney” poses a real threat to the medium itself: if people are really going to go along with Disney’s plan to regurgitate old brands into lifeless live action ciphers, then the sun will set on the cinema, and there will be no Technicolor wreaths to mask the mourning, as Jean-Luc Godard said in his Histoire(s) du Cinéma.

Tarantino’s ninth film is his warmest and most mature since Jackie Brown over two decades ago. Ostensibly about B-list approaching C-list television actor Rick Dalton (Leonardo DiCaprio) and his aimless stuntman/gofer Cliff Booth (Brad Pitt), Once Upon a Time in Hollywood is oblique, inscrutable, and at times seemingly aimless. But it blooms in one’s mind as the days go on. It demands multiple viewings. It takes its time—not plot driven at all, and even the looming specter of the Manson Family murders doesn’t provide as much adrenaline as anyone expected.

The first two hours take place on February 8th & 9th, 1969, exactly six months before the murders. Sharon Tate (Margot Robbie) and Roman Polanski (Rafał Zawierucha) live just one house up from Rick on the infamous Cielo Drive. But Once Upon a Time is not about Charles Manson—he has exactly one scene. Instead, Tarantino celebrates Sharon Tate’s life and creates a relatively easy going world where she’s known for her work rather than her murder. We watch Tate go to a theater to see herself in The Wrecking Crew. She takes her time: looks at the marquee, coyly gestures to the ticket taker that she’s one of the stars, gets herself invited in, offered refreshments and debriefed on the amenities. Tarantino lingers here, hoping we get the message about movie theaters, too. We watch Tate watch herself on screen. So many stretches of this movie (like Cliff’s visit to the Spahn ranch), have little or no dialogue. Tarantino's most successful attempt at “pure cinema” as practiced by Altman and Hitchcock is this movie theater sequence. Only after the film is over does it become clear that this was never foreboding, it was veneration.

The final 40 minutes are a delirious reversal of history, with everyone at 100500 Cielo Dr. surviving. It’s the Manson family members who meet absurdly violent deaths at the hands of a hapless yet impervious Cliff, tripping on LSD for the first time, still in control of his superhuman strength (he beats up Bruce Lee with ease in an earlier scene). Rick is oblivious, listening to music with headphones in the pool, dozing off. A severely injured Susan Atkins crashes through the sliding glass doors screaming hysterically, bloodied and waving a knife around. Rick freaks out but manages to fetch a flamethrower he kept from a movie he worked on, and mercilessly torches her as she drowns in his pool.

I’m reminded of Spike Lee’s similarly naïve and beautiful fantasies that end He Got Game and 25th Hour, and the stunning sequence that ends Damien Chazelle’s otherwise unremarkable La La Land. It may seem like schtick since Tarantino already rewrote history with Inglourious Basterds ten years ago, torching Hitler and hundreds of Nazis and rewriting a shared cultural trauma. The Tate murders are a shared pop cultural trauma, and the exhilaration and delirious glee that comes from this revision only stays so long. I was really snapped back into reality by this recently uploaded clip of Roman Polanski on The Dick Cavett Show in 1971. It’s sobering to say the least. But of course the same crash came after Edward Norton’s prayer for New York in 2002. It doesn’t matter—these dreams are a necessary utopia.

The films it most reminds me of are Altman’s own California Split—another hangout movie that appears aimless and meandering before a profound sense of loss that lingered at first as melancholy finally sets in—and Godard’s The Image Book, another death rattle for movies, where he concludes by saying that “even if nothing would be as we had hoped, it would change nothing of our hopes, they would remain a necessary utopia.” The ending of Once Upon a Time in Hollywood is escapism at its most primitive and humane, not in spite of its violence but because of it. It's a universal, prefrontal primate wish for "evil people" to die the brutally painful deaths their victims suffered. I don't think it's juvenile to imagine these things, we all do—they’re often involuntary. At its best the cinema offers us a pressure valve to exorcise our most impossible dreams and primitive, vengeful desires. This is the fantasy that Tarantino has to offer. I think his intentions are pure and his prognosis is grim.

If he really does retire after one more, then we can assess a body of work that is 90 percent complete. Despite his unmatched encyclopedic knowledge of movies and everything to do with them, Tarantino’s films are frustratingly narrow-minded and restricted—why so many Westerns? No musicals? Screwball comedy? What happened to your hero, Howard Hawks? No, this is step three, the bargaining phase… I agree with A.O. Scott that Tarantino’s worldview in Once Upon a Time is conservative, and I don’t think that he offers any way forward for the medium—if he thinks it’s near death, why bother? I don’t agree that cinema ends with celluloid, and neither does Godard in The Image Book, which offers us so many new ways forward even as it is lamenting the “slow dissolution of one century into the next.” But Once Upon a Time in Hollywood is a last gasp of a kind—released in a summer surrounded by remakes, reboots, and sequels, Tarantino seems radical in comparison, and even though I appreciate that he’s still around and able to make films on this scale, its grandeur and profound melancholy left me devastated. It’s a film that demands counterpoint and counterargument, but in the playhouse, there’s no one else left.