Netflix’s recent stock plunge is only the beginning of the streaming pioneer’s downfall. 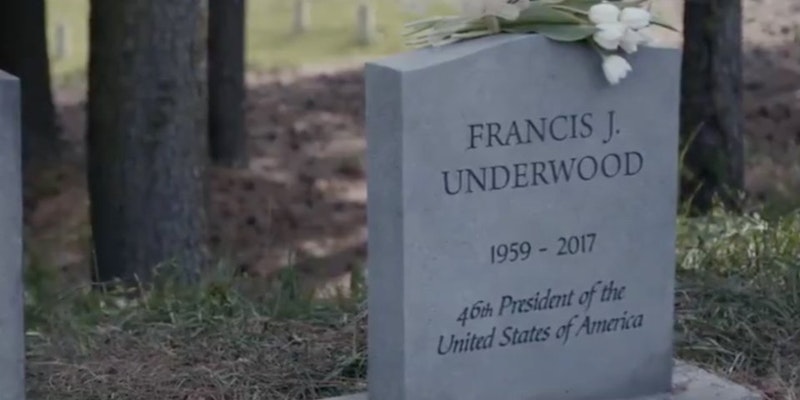 Sound the bugles: the sun is setting on Netflix. Forbes says, “There’s nothing but pain ahead for Netflix. Its stock is likely headed to $225 and dropping below $100 is a real possibility… Not only did it lose American subscribers last quarter. It added only 2.7 million subscribers worldwide... less than half the number it added in the same quarter last year.” Although its stock is down just 22 percent, the future is grim: Disney, AT&T, and Comcast will all roll out their own streaming services over the next year, and unless Netflix scores a hit on the level of Stranger Things or House of Cards, their catalogue likely won’t be able to compete. Netflix’s two most streamed shows are The Office and Friends (owned by AT&T and Comcast, respectively), and they’ll be pulled in 2020.

Competitive streaming services will be massively successful regardless of breadth or quality because they are known brands: 20th Century Fox, NBCUniversal, HBO, and thousands upon thousands of famous films and TV shows. Disney can do whatever they want and make billions. Their live action remakes of animated classics are scary because they offer nothing new; no one is enthusiastic about them, yet they all make enormous amounts of money. Say what you will about Marvel and Star Wars, at least those franchises have some life in them, and are good enough to keep conversation going (whether it’s positive, like nearly everything Marvel has produced since 2008, or virulently negative, as with The Last Jedi and Solo). No one talks about Disney’s live action remakes at all, but they’re familiar. People don’t care if the product itself is dead.

For years, Netflix’s only competition was niche services like MUBI, Kanopy, and Filmstruck, which shut down late last year. A day after that announcement, film programmer and Beyond Video collective member Eric Hatch said, “Filmstruck represented one of the finest efforts yet at making the canon of world cinema available via streaming... Its too-brief existence offers yet another confirmation of the enduring need for diverse, comprehensive, and accessible physical-media libraries of films from every era, region, and genre of cinema history.”

Disney, AT&T, and Comcast will not make things better. Films are going to become harder to find and more expensive across the board. Even if they keep up on preserving their library and their vaults, they will hold those keys tight. Disney is rumored to be cancelling all repertory engagements of 20th Century Fox films, so the Robert Siodmak noir I saw last night at Baltimore’s The Charles, Cry of the City, may not return to the screen in my lifetime. Unless Disney allows it. Let’s assume they won’t: here are four hard to find movies available in passable quality on YouTube. Piracy may be the only way forward for film archivists petrified of losing access to the vaults of megacorporations that couldn’t care less.

Rainer Werner Fassbinder’s darkest and most brutal film, a black star in an already black sky. For funny Fassbinder, there’s not much else besides the excellent Eight Hours Don’t Make a Day, restored and reissued by the Criterion Collection last year. But Fassbinder’s 1978 vivisection of the soul and suicide remains relatively difficult to see, available only as part of an expensive and nearly out of print collection including his 1974 TV movie Martha. The last five days in the life of Elvira, a transvestite who regrets his impulsive decision to get a sex change in the hopes of finally charming a man he loves. Perfect to watch when you feel like absolute shit because it doesn’t get any worse than this.

Completed shortly after Breathless in 1960, Jean-Luc Godard’s second film was banned in France until 1963 due to its depiction of military torture. Mostly forgotten and unavailable on physical media for years, the copy on YouTube is strikingly clear, with English subtitles and presented in the film’s proper aspect ratio. It’s Godard’s first collaboration with Anna Karina, who turned down the role that went to Jean Seberg in Breathless. It’s one of only three Godard films from his 1960s hot streak interpolated into The Image Book (which you can buy or rent on YouTube). The others are 1967's Weekend, which remains well known and easily available via the Criterion Collection, and 1963's Les Carabiniers, which is completely unavailable besides out of print DVD's from a 16mm to videotape transfer.

Subtitled “Dedicated to Ozu,” Abbas Kiarostami’s follow-up to the masterful Ten is even more spartan: five static shots. A retrospective of Kiarostami’s work is already underway at the IFC Center in New York, and screenings of his Koker trilogy will begin touring the country as Criterion releases the films in Region 1 for the first time at the end of the month. So far, no reissue of Five has been announced, and what better way to watch a film like this than on YouTube? Lacking the transformative and hypnotic alterations of his final film 24 Frames, there’s even less action in Five: four static shots lasting roughly 16 minutes each, followed by another 16 minute shot that features some camera movement, and for the first time. If you find looking at driftwood in the Caspian Sea fascinating and inspiring, Kiarostami gave you 74 minutes. Is this cinema? “Anyone could do that.” Well, Kiarostami did.

An excellent 12-minute short by Chantal Akerman, whose 1980s work remains woefully difficult and often impossible to find in Region 1. Golden Eighties, her consumerist musical fantasia, and A Couch in New York, a romantic comedy starring Juliette Binoche and William Hurt (who both refused to promote the film) are impossible to find. I’m Hungry, I’m Cold feels like a return to her first short film Saute ma Ville, made in 1968 when Akerman was only 18: roughly the same age as the two leads here, who similarly wander around Brussels bored but not disaffected, rebellious but not dangerous, and their “up to no good” is as good as it gets.