A veteran film critic who's always got his claws out. 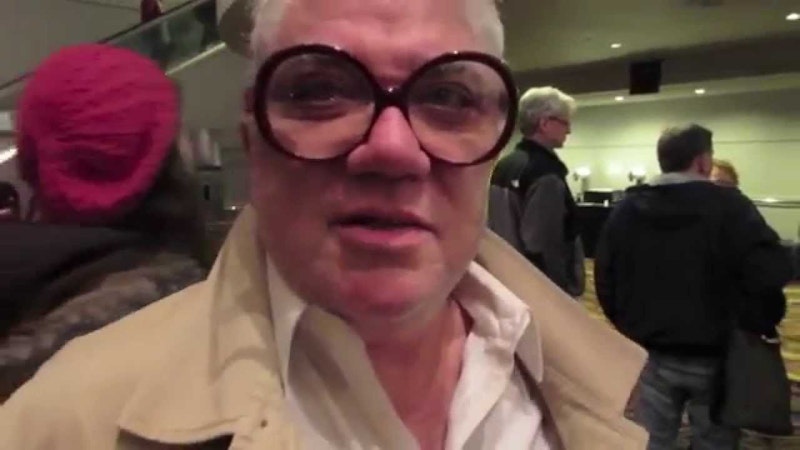 I never read the reviews in advance for any movie I have a real interest in, but immediately after viewing Quentin Tarantino's Once Upon a Time in Hollywood, I went to the Metacritic website to check them out. The critics dug it, but I knew that if I scrolled down to the bottom I'd see Rex Reed’s vicious annihilation of what the director insists is his penultimate film.

It's not that I knew that the New York Observer's 80-year-old, self-styled slayer of mediocrity, who’s lived in New York City’s Dakota Building for decades, hates Tarantino or that he'd find the tone, structure, and storyline of this movie particularly horrifying. It's that, when the critics find a movie they can rally behind, Reed’s usually there to sneer at their Philistine tastes. He's the superannuated Holden Caufield of film reviewers, still telling himself and anyone who will listen to him, all these years later, “People are always ruining things for you.”

While other critics were tossing around words like magnum opus and rapturous, Reed weighed in with, “Rancid, preposterous, and hysterically over the top,” and he was just getting warmed up. Reed knows all about “over the top.” Ironically, the critic refers to other reviewers “foaming at the mouth” in praise of the film, when his typical review’s an extended exercise in mouth-foaming derogation.

In fact, "foaming at the mouth” indicates anger, not excessive admiration, making for an embarassing faux pas from a self-styled wordsmith. Reed just wasn't on top of his game for this review, in which he erroneously calls the film a “comedy.” Reed also writes that the characters played by Leonardo DiCaprio and Brad Pitt—the two buddies—live next door to Sharon Tate and Roman Polanski, but only DiCaprio's Rick Dalton's their neighbor. Pitt’s character, Cliff Booth, actually lives in a trailer next to the Van Nuys drive-in theater. The differences in their life circumstances are, in fact, central to the story. Perhaps the aging critic dozed off during the trailer scene, or thought that the trailer was just a place where Booth's dog lives, but this sort of blunder's awkward for someone fashioning himself as the arbiter of taste floating in a sea of trend-chasing lightweights.

It's not that Hollywood doesn't churn out a steady stream of dreck today, which would disappoint an old-timer with fond memories of that town's heyday in the 1970s, but Reed so often reacts to a movie as if a bucket of sludge had been dropped in his living room. There's a whiff of self-charicature about him now, as if he's settled comfortably into playing the role of the heavy. An examination of his past yields some clues as to how he arrived at this position.

Reed has written for Vogue, GQ, The New York Times, the Daily News and the New York Post, plus he's the author of eight books, including the best seller, Do You Sleep in the Nude? The Fort Worth, Texas native also used to be a part-time actor, and he once co-hosted the syndicated television show At the Movies. In 1968, Newsweek called Reed “the hottest byline around,” but unsatisfied with that designation, he sought, and attained, celebrity status. The sharp-dressed, sharp-tongued dandy with a nice head of hair and a penchant for drollery made frequent TV appearances, notably on The Dick Cavett Show, on which he'd appear to talk in withering tones about Visconti's The Damned being overlooked for a Best Picture Oscar nomination while Hello Dolly snagged one.

On one Cavett episode, he said that Nancy Sinatra looked like a pizza waitress, exhibiting the cruel streak that became his calling card. Reed tapped into the zeitgeist with his snob-with-impeccable-taste persona, ascending to A-list status and palling around Andy Warhol, Bianca Jagger, and Bob Colacello when they presided over New York City's artsy demimonde.

Reed’s a critic who considers an actor’s appearance to be fair game, which perhaps is rooted in a smug satisfaction with his own looks. He once called Melissa McCarthy “tractor-sized” and a “hippo,” although he eventually apologized. Reed's often taken things too far. Bizarrely, he once said this about the the 2003 Korean film, Oldboy: “What else can you expect from a nation weaned on kimchi, a mixture of raw garlic and cabbage buried underground until it rots, dug up from the grave and then served in earthenware pots sold at the Seoul airport as souvenirs?”

That ignorant comment, casually consigning an entire nation with a flourishing film culture to non-entity status, highlights Reed’s love of the witty barb, although in this case he was about the only one who saw the wit. The flashy verbal cuts contributed to his notoriety, which led to an over-reliance on them.

But it wouldn't be fair to portray Reed as merely a shallow put-down artist. He despised the 2018 Oscar winner for Best Picture, The Shape of Water, which puts him ahead of a bunch of people in the pack. Reed's achievements over five decades, none of which were handed to him, shouldn’t be overlooked. It’s just that his reviews now read like performance pieces written mostly for his own amusement. Perhaps, in his autumn years, he's earned that right.