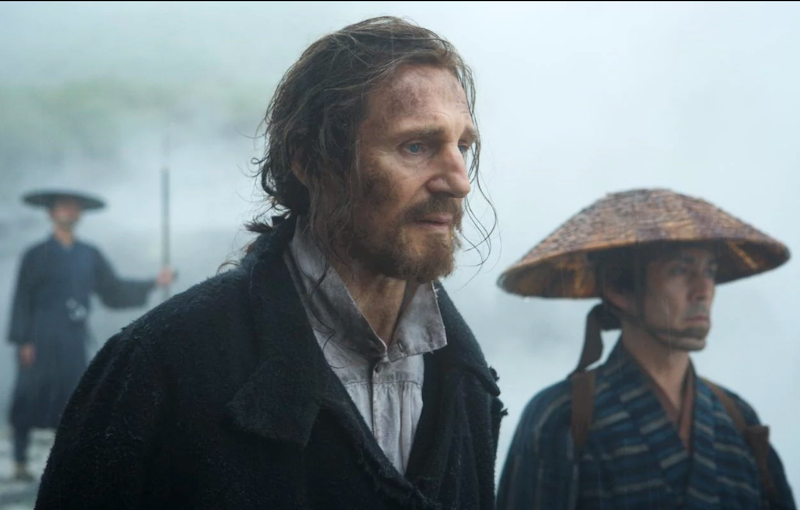 In the last 25 years, Martin Scorsese has made a lot of movies that are endlessly re-watchable once they appear on cable movie channels. Goodfellas. The Departed, The Wolf of Wall Street. The 74-year-old’s new film, Silence, is many things, most of them very good. But “endlessly re-watchable,” it’s not.

A longtime passion project of Scorsese that he tried and failed to get off the ground multiple times over the years, this adaptation of the revered 1966 fact-inspired novel by Shūsaku Endō was ironically made possible by Scorsese gaining perhaps his greatest-ever box office clout around the time of his 70th birthday. On paper, it’s of a piece with past Scorsese works such as The Last Temptation of Christ and Kundun—earnest, sure-to-be controversial epics about the dilemmas of religious faith.

But aside from the use of voiceover, Silence is very different from what we’re used to from Scorsese. The pace is much slower, and the visual style (shot by Rodrigo Prieto) is different as well. There’s no pop music. Robert De Niro isn’t in it, and neither is Leonardo DiCaprio. It’s a violent, brutal, and punishing watch, but without the rise-and-fall structure that includes, for lack of a better term, “fun parts.”

It’s a first-rate Scorsese work, albeit a different kind than most of the others. And while Silence is a very tough sit, one that succeeds in raising very uncomfortable questions about faith, loyalty and the limits of both, it stands out as a cinematic achievement. Silence, which filmed primarily in Taiwan, is set in 17th-century Japan, at a time when the ruling Tokugawa shogunate outlawed Christianity, under penalty of torture and even death.

Andrew Garfield and Adam Driver star as a pair of Portuguese Jesuit priests who are sent to Japan to minister the remaining Christian population—and also seek out Father Cristóvão Ferreira (Liam Neeson), an older priest who had gone to Japan earlier and was said to have committed apostasy. Helped by a shifty guide named Kichijiro (Yōsuke Kubozuka), the two priests set sail for Japan and the film settles into its rhythm: the Japanese authorities seek to force the apostasy of Japanese Christians, sometimes under penalty of death.

There are an impressive variety of implements of torture and death, from swords to upside-down head-lowering mechanisms, although the method of apostasy is always the same: Forcing the person to step on a picture of Jesus Christ. (I’m already dreading the inevitable Oscar night comedy sketch in which someone yells at Jimmy Kimmel to step on a picture of Scorsese.)

The performances are strong across the board. Garfield, between this and Hacksaw Ridge, has moved into a successful second career of playing headstrong, nonviolent, men of God, something he’s much better at than playing Spider-Man. He also gets a luxurious beard and flowing locks that make him more like conventional Western portraits of Jesus the longer the movie goes on.

Driver, looking emaciated to the pain of physical pain, continues his recent strong run, while Neeson plays yet another of his looming mentor characters (even bringing back his old Phantom Menace ponytail). There are several standout supporting performances from the large Japanese supporting cast, led by Issey Ogata as Inoue Masashige, the very menacing lead inquisitor.