How to Watch The Bachelor

You can't be a hopeless romantic. 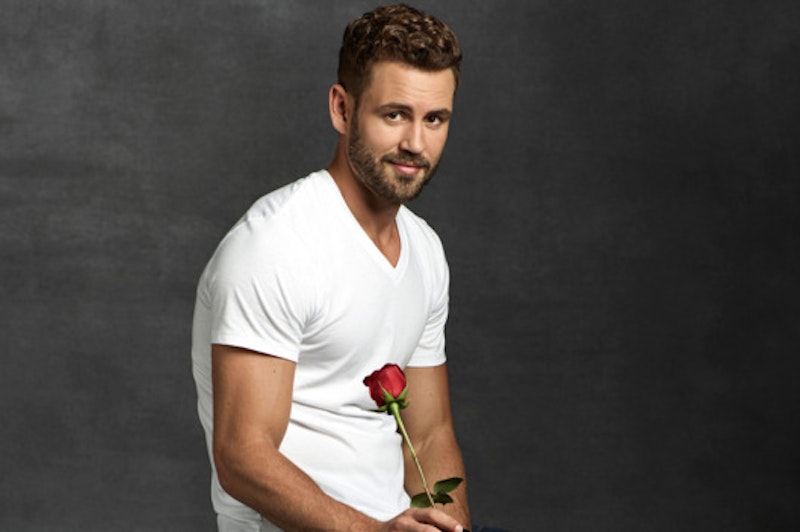 Last week, The Bachelor returned to ABC. Depending on how you measure it, the show is either declining or rising in popularity. And depending on whom you ask, that’s either good or bad.

The chatter around the 21st season premier has been mostly positive, with Hollywood Reporter lauding its ratings victory over The Apprentice. The show’s internal outlook, a perpetual ritual of self-congratulatory pride, fits in with an ongoing media narrative about the show’s extraordinary cultural stamina. Last year, Variety reported that ABC’s “shining light” was becoming more popular with 18-34-year-olds, and in 2013 a New York Times article explained that Sean Lowe’s season had precipitated an unlikely resurgence of the show’s popularity.

Some of the numbers don’t quite support that narrative. Here’s one arbitrary way of measuring the show’s popularity: First, let’s split the last eight years of The Bachelor into two categories: before Sean Lowe and after Sean Lowe. Then, we can measure each era’s approximate popularity by averaging the number of viewers of the two most watchable episodes of each season: the premiere and the finale.

Before Lowe, there was an average of 10.9 million viewers of the seasons’ key episodes. After Lowe, that number drops to 8.8 million.

Nonetheless, the show feels more popular than ever, doesn’t it? Let’s resist the temptation to draw strong conclusions from the above. The issue of popularity is too over-determined, and my methodology is pretty slapdash. But at the very least, the ambiguity of the hard numbers disrupts the commonplace narrative we’re familiar with. The Bachelor is sold to us as something that’s more popular than ever, but maybe the opposite is true.

Most viewers would agree that The Bachelor changes even as it stays the same. Today, my hunch is that more men are watching the show, and I think a wider audience of higher-brow consumers are allowing themselves to watch under cover of mocking, intellectualized, or ironic postures. Nearly everyone I meet watches it, but no one wants to advertise that fact.

As a result, it’s tough to typify the show’s viewership, as it exists today. Lately, the show seems less a stereotype of insular feminine triviality and more like something that “everyone” (i.e. a cultural discourse that is mainly male-dominated, standardizing, and assimilating) can justifiably monitor and discuss. Jimmy Kimmel dedicates huge swaths of his show to satirizing and deconstructing the show’s silliness. Meanwhile, ABC has made substantial efforts to embed it in the wider pop culture industry, by cross-pollenating its brand with a constellation of “celebrity superfans” like Amy Schumer, Diablo Cody, Kris Jenner, and Paul F. Tompkins. Most recently, there’s been the rise of fantasy football-style derivative products designed to help men enjoy the show in a more comfortably boyish way, as just the latest form of masculine, objectifying, triangulating competition.

In this context, The Bachelor’s producers are busy trying to strike a delicate balance, mediating two oppositional aesthetics of reality television: maudlin nostalgia and depraved exploitation.

On the one hand, The Bachelor is our most conservative pop culture institution. It’s a world of matrimonial determinism, heteronormativity, and regressive gender patterns. The whole construct is founded on the bedrock of traditional family values. It’s a bizarre pocket of puritanism where pre-marital sex is considered a mortifying scandal, and a premium is placed on Victorian standards of feminine elegance and masculine chivalry. The Bachelor is courtly love par excellence, and its core viewership expects a classy, clean, and romantic fantasy.

On the other hand, The Bachelor also abides trashy intrusions into the stuffy decorum. The unfortunate success of franchise villains like Chad Johnson and Joe Bailey constantly threaten to turn the fairy tale into a crude frolic. At times the producers cultivate scenes more on par with the classless immaturity of “spring break” MTV than the adult protocol of Chris Harrison’s grim rose ceremonies. The most volatile negotiation of this dynamic comes from Bachelor in Paradise, which is The Bachelor at its most depraved and postmodern. In paradise, sexual promiscuity and emotional duplicity are actively encouraged in a hellishly competitive, unstable environment. Meanwhile, the producers break reality television’s fourth wall of adjacent metaphysics, as they actually show themselves tinkering with and administering the structured space of the show’s internal reality, a complex fictive metaphysic that still scans as uncannily “real.”

In 2017, to watch The Bachelor is to be many things: a cultural anthropologist, a feminist critic, a cultural satirist, a furious elitist, a hate-watching sadomasochist, or even a fantasy sports gambler. But the one thing we’re not allowed to be while watching The Bachelor is a hopeless romantic.

This “post-sincere” paradigm is a degrading cop-out. For one thing, it’s a gross oversimplification of what is truly at stake with The Bachelor. Peter Roth, president of the show’s production company, knows what’s up: “There are those who watch it ironically and those who watch it as the most romanticized wish fulfillment imaginable… All of those brokenhearted cynics are really rooting for this to work.”

And this is the fundamental personal question one must confront when watching The Bachelor: are we trying to take it down from the inside, or are we secretly rooting for it to survive?

Either way, focus is wasted on mocking the show’s assumed fakeness by appeal to the so-called reality underlying the façade. In truth, ironic distance and intellectual mastery are the standpoints that ask the least of the audience. The various forms of viewing from a distance—the guilty intellectual, the crabby skeptic, the behind-the-scenes investigator—all arise from an insincere obligation to avoid complicity with the show’s most problematic aspects. They think they can reassert a truth hiding behind the show’s lies, when the truth is in the immanence of the lie itself.

Judith Butler might describe this as the difference between performance and performativity. For Butler, there is a crucial difference between a put-on performance—a volitional, conscious act that disguises an underlying truth—and performativity, which is “that discursive practice that enacts or produces that which it names.” Butler’s performativity isn’t about masks and costumes; it’s about the material reproduction of meaning itself. In other words, The Bachelor isn’t a willed distortion of reality; it’s a signifying mechanism that reproduces reality by performing it.

In less theoretical terms, the point is that opening up an ironic or intellectual distance between oneself and The Bachelor is, in no way, the harder, more sophisticated, or more enlightened position to take. Laughing at it, scoffing at it, or gambling on it—anything that protects one’s ego from risking vulnerable identification with it—is the easy way out. It requires no creative thinking and no emotional engagement, and the person that supposedly “sees through” the show’s falseness simply stops looking when it becomes apparent that there is no substrate of reality actually supporting the level of fantasy. Rather, the show’s true performative function arises from its refusal to allow the two poles—fake and real, reality and fantasy, social illusion and inner truth—to remain distinct from one another.

When watching The Bachelor, permit yourself the healthy illusion of a real love story. The Bachelor can be a worthwhile experience. With my friends I too tend to joke about it, but as each new season dawns I’m really still hoping they all find true love.