The Angry Birds Movie 2 somehow doesn't disappoint—it's even better. A- 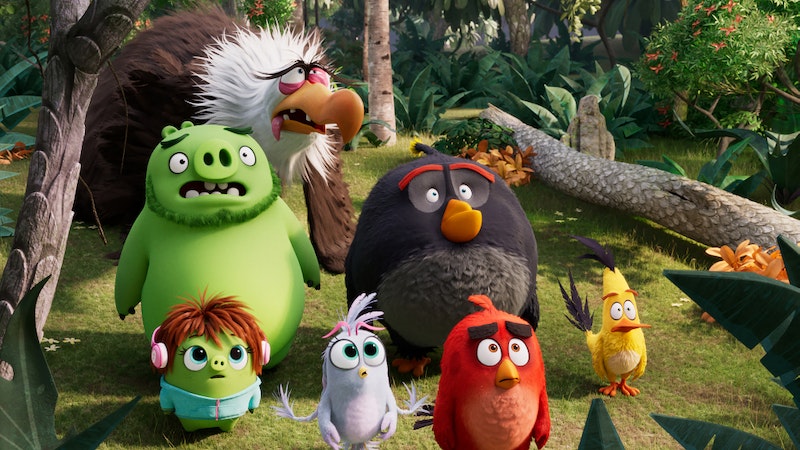 Since Angry Birds is best known as a series of cell phone video games whose heyday took place mostly during Barack Obama's first term, it's not the strongest candidate for adaptation into a creatively successful movie franchise in the late 2010s. But somehow, that's exactly what's happened.

The first Angry Birds movie arrived in 2016 and earned unexpectedly high marks from critics and audiences alike, for adapting the two-dimensional game into a full-on world, for injecting a healthy dose of comedy, and for animation that doesn't look like a knockoff of Pixar's style. And now, there's a sequel, which loses nothing from the original. It's funnier.

The old game consisted entirely of birds sling-shotting themselves into pigs, as revenge for the theft of the birds’ eggs. The first movie expanded this into an entire plot between adjacent islands populated by the birds and pigs, and their elaborate war with each other. In the new film, coming from a completely different creative team led by director Thurop Van Orman, the birds and pigs have made peace, after what the movie makes sound like a series of harmless pranks, and not the actual life-and-death struggle that we saw earlier. Now, the interspecies alliance joins forces to face a tougher foe, a group of eagles on a third island who are lobbing giant balls of ice at the birds and pigs. The plan, as articulated by villain Zeta (voiced by SNL comedian Leslie Jones) is to push out the animal inhabitants so the eagles can take their much warmer land.

The comedy comes from all angles, and nearly all of it succeeds. Lead bird Red (voiced by Jason Sudeikis) is insecure about his standing with the other birds, especially when he's placed with engineering whiz Silver (voiced by Rachel Bloom), the sister of Josh Gad's Chuck. Meanwhile Zeta, unsurprisingly, has some history with returning hero The Mighty Eagle (Peter Dinklage.) And there's some hilarious slapstick involving the bird/pig alliance and their eagle disguise, as well as a sublime running gag in which the eagle henchmen can't stop getting into elaborate dance numbers.

In addition to the main plot, there's a clever, but mostly unrelated subplot involving a group of chicks—presumably, grown from the stolen eggs in the first movie—going to great lengths to save the next generation of eggs.

This is all a very limited premise, but the filmmakers stretch it to its fullest potential, making use of rich animation and a voice cast that goes deep—Pete Davidson, Awkwafina, Sterling K. Brown, Tiffany Haddish, Brooklynn Prince and Jojo Siwa lend their voices. But on top of it all, I'm just glad to see Rachel Bloom, star and co-creator of the recently concluded masterpiece TV series Crazy Ex-Girlfriend, getting big-screen opportunities and making the most of them.