Luce walks a tight rope, managing to synthesize sociopolitical issues in a thriller form. B+ 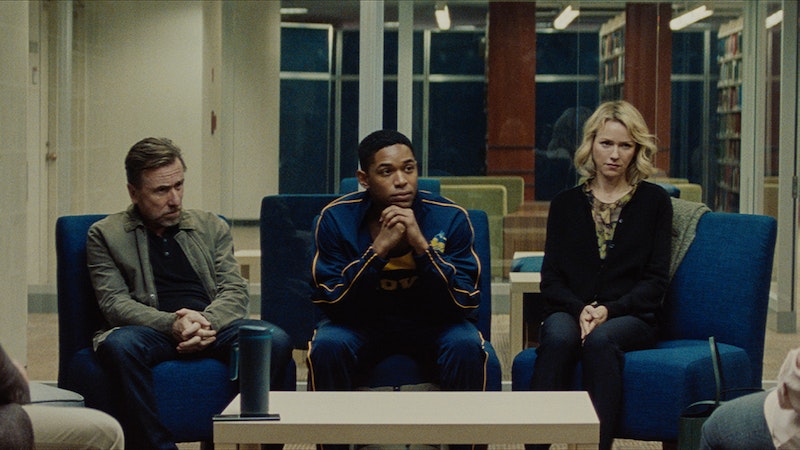 Luceis a film that touches the third rails in 2019 America, from racism to stereotypes to respectability politics to helicopter parenting to liberal white guilt. But it doesn't get didactic about it, instead applying it all to the genre of psychological thriller. Luce walks a tight rope but manages to remain mostly upright.

The movie was directed by Julius Onah, a Nigerian-American who last directed the unfortunate Netflix film Cloverfield: Paradox. Based on a play by J.C. Lee, who co-wrote the screenplay, Luce (pronounced "Loose") has an intriguing premise: The titular teenager (played by Kelvin Harrison Jr.) spent his early childhood as a child soldier in Eritrea. At around 10, Luce was adopted by an upper-class white liberal couple in suburban Virginia (Naomi Watts and Tim Roth), and has become a high-achieving student, athlete and poster child for the power of the American dream, to the point where he's frequently asked to give speeches to the entire school.

However, a teacher (Octavia Spencer) begins to suspect that Luce isn't what he seems, while we see Luce struggle with having to live up to extremely high expectations, when really he just wants to be a teenager.

The name of Barack Obama is invoked more than once in the film, and it's likely that both Dreams From My Fatherand certain aspects of Obama's later presidency were on the minds of the filmmakers. On top of that, Luce provides a compelling and nuanced look at the dynamic of bleeding-heart liberal parents, without judging or mocking them, and not canonizing them either. The Blind Side this is not.

The film makes the choice to leave much of its truth ambiguous and open to interpretation, which has been a matter of some consternation in some early reviews, many of which have compared Luce to David Mamet's play Oleanna. This choice is somewhat unsatisfying from a pure plot standpoint, although I can understand why Onah and Lee did it.

The performances, though, are outstanding, starting with the 25-year-old Kelvin Harrison Jr., who was previously best known from the horror movie It Comes At Night. He has to play the part at different times like a sympathetic super achiever, and others like someone with something to hide, and he nails it all the way around.  Spencer also continues her recent run of top-notch performances, while Watts and Roth both do heartbreaking work as the parents; I'm wondering why we don't see Roth in movies a lot more these days than we do.

Which isn't to say that Luce is free of weaknesses. It's based on a play, and very much shows it, as the action at times gets stagey. One character, a girlfriend of Luce's played by Andrea Bang, feels like more of a walking series of plot contrivances than an actual human being, There's also a subplot involving the Spencer character's mentally ill sister that probably could’ve been excised from the film without anything being lost.

Even so, Luce is worth seeing if only for Harrison's outstanding performance, and the compelling ideas it raises.