Put Terrence Malick Out of His Misery 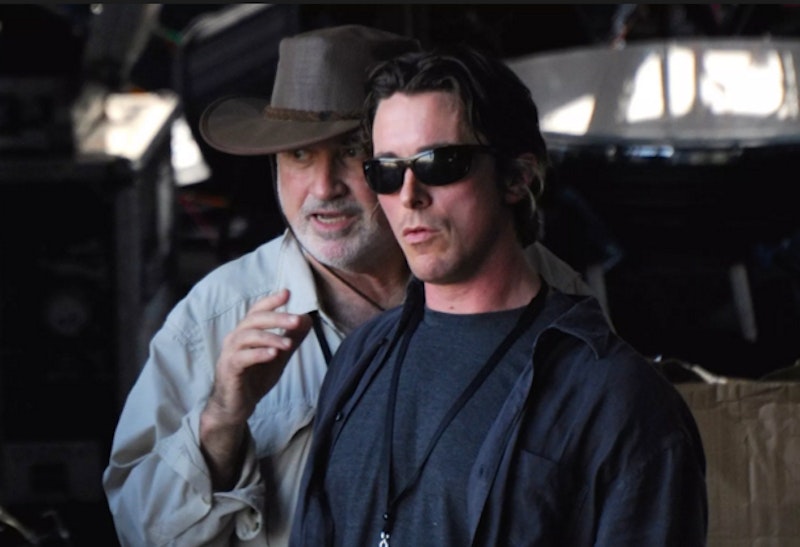 Knight of Cups is another incomprehensible mess from Hollywood peacock Terrence Malick, a meandering and pretentious waste of time with no plot and a flimsy structure based on tarot cards. Someone needs to take Malick out behind a shed and put him out of his misery—he’s lost it. Christian Bale plays Rick, ostensibly a screenwriter, although we never see him touch a pen or a keyboard or a book. We watch Rick wander around a dreamlike Los Angeles full of ghosts and mangled memories. People float in and out as if in a dream, or some long coma someone luckier than us is sleeping through, blissfully unaware that the bear has come out of hibernation and is churning out one crap film after another ever since 2011’s The Tree of Life, perhaps one of the worst movies I’ve ever seen.

Terrence Malick gives ambitious and experimental filmmakers a bad name, and the fact that he can get away with murder and still net glowing reviews from The New York Times, The New Yorker and The A.V. Club is bad news for everyone: aspiring filmmakers look to him and see Malick as basically the one guy with total free rein in all of Hollywood. Perhaps he’s an island unto himself, but anybody aspiring to make anything like Knight of Cups needs a nasty whack on the head. I’ve talked to several people about Malick’s later work that describe him as “more of a painter than a filmmaker.” Maybe he should pick up a brush next time, because this shit is just toxic to movies. Malick isn’t interested in expanding or subverting the form, and he’s giving a bad name to those still working in a studio system that has no time for anything other than adaptations and sequels.

Everything I wrote about The Tree of Life nearly five years ago applies to Knight of Cups—“There’s no meat to this movie, there’s no moment or scene or character or idea or action or voiceover that doesn’t feel like a parody. This is a film that reinforces every cliché and joke about auteur directors, about ‘difficult’ and experimental films, and about films that really mean something.” Thankfully, after To the Wonder, the Kool-Aid wore off a bit, but not as much as I’d like, considering how quickly that movie was in and out of movie theaters. In any case, Malick’s tone poems are better suited for museums and art galleries than cinemas, because he seems utterly disengaged and disinterested in communicating with his audience. There are people that will find plenty to like about Knight of Cups, but it’s better suited for a different context. I don’t know the tarot from a carrot, so I was lost. May God have mercy on the poor souls who had to endure his quixotic work habits and shooting schedules—this interview with Thomas Lennon is the first I heard of Knight of Cups, and it’s a hoot—“‘We’re all standing there and Malick hands out these pieces of paper to all of us,’ Lennon said. ‘And the one he gave me said—There’s no such thing as a fireproof wall. And I ask, ‘Is this something I’m supposed to say in the scene?’ and he said, ‘I don’t know.’”

Terrence Malick might have all the trappings of a brilliant, eccentric auteur, but really he’s just an asshole in khakis.