Twilight of the superheroes. 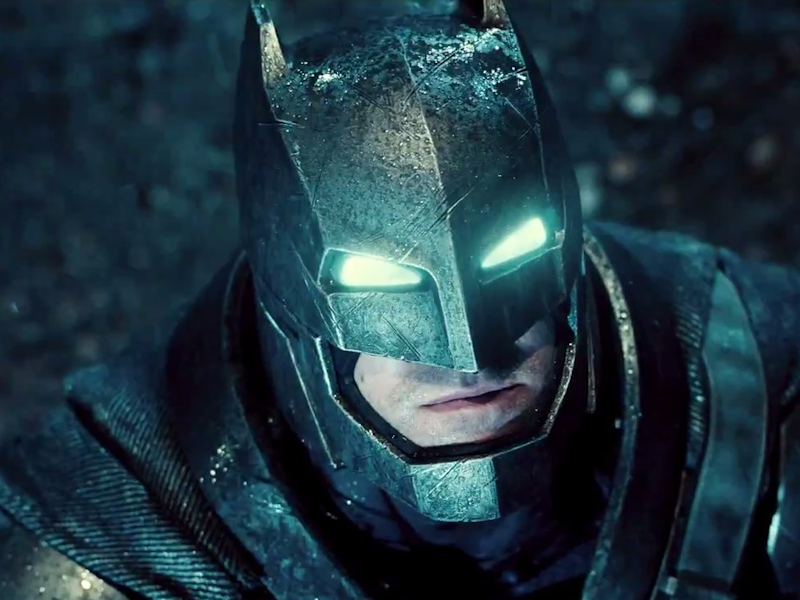 When the week began, I wrote about today’s Batman v Superman film as if it portended the triumph of fascism, but some of the reviews now suggest it may be less than a triumph, not to mention headlines like this one from GQ: “BATMAN V SUPERMAN WILL MAKE YOU HATE BATMAN, SUPERMAN AND THE JUSTICE LEAGUE. This is a film so bad it wears you down and makes you wonder if there was ever such a thing as a hero anyway.” Slate cruelly says, “In Batman v Superman, the only winner is Marvel.” I admit I know some DC Comics people, and I hope they remain employed.

But whether or not these characters are entertaining (the reaction is weirdly mixed, with a 33 percent Rotten Tomatoes score but IMDB reactions in the 80s, last I saw), they may not be so fascistic. Frank Miller, the comics creator most responsible for influencing the new film’s badass tone, told Hollywood Reporter: “Anybody who thinks Batman was fascist should study their politics. The Dark Knight, if anything, would be a libertarian. The fascists tell people how to live. Batman just tells criminals to stop.”

Setting real politics aside and considering only “attitude” and aesthetics, I’d say fascism’s appeal is the appearance (however phony) of order and rigidity, while the opposing aesthetic might be called anarchic. Superhero movies toy with both, and I predict that if Marvel/Fox’s comedic Deadpool was well-received and DC Comics’ Batman v Superman isn’t, the final wave of advertising for DC’s next movie, this summer’s Suicide Squad, will be wall-to-wall Joker and Harley Quinn, even if people aren’t sure whether to laugh or shudder in fear.

All six of this year’s superhero films may one day be remembered as part of a period of terrible darkness. Just listen to their partial titles: Dead, Versus, Civil War, Apocalypse, Suicide, Strange. I predict a sudden shift toward emphasizing the lighthearted and comedic elements for next year’s seven superhero films, which won’t be hard once the third Wolverine is out of the way. After him, 2017 brings: Guardians of the Galaxy, Wonder Woman, Spider-Man, Gambit, Thor/Hulk, and the Justice League. Fun, fun, fun, the marketing will emphasize. So 2016 won’t end the superhero—too many film-production wheels already in motion—but perhaps it will end “darkness,” and it’s about time.

Hey, even that Wolverine movie is a Hugh Jackman/Patrick Stewart buddy picture—how can that not be fun? Someone write a memo to the marketing department, ASAP!