Batman v Superman Is a Disaster 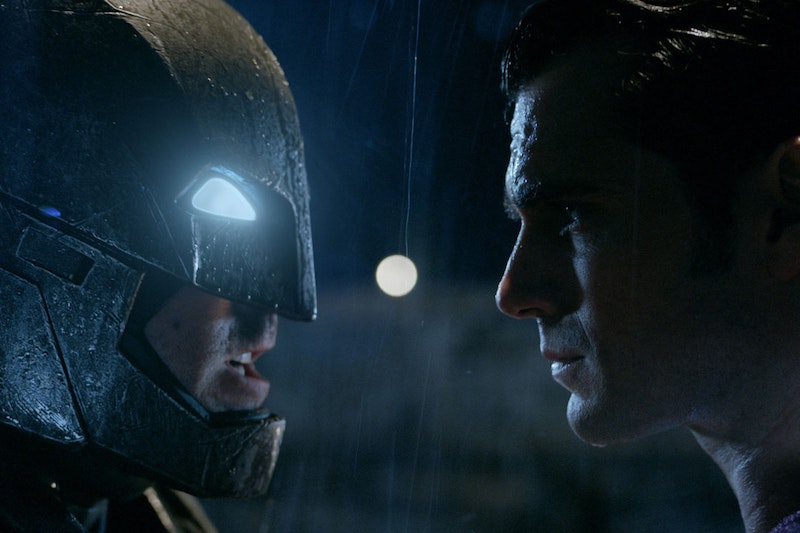 When it was announced more than two years ago that Ben Affleck would play Batman in the next big Warner Bros./DC superhero epic, the news was greeted with derision that lasted for weeks. Affleck, as Batman? With that chin? Didn’t they see his Daredevil movie?

Now, that movie, Batman v Superman: Dawn of Justice, has arrived, and we must reach an ironic conclusion: the casting of Affleck doesn’t even crack the top 20 of things that go wrong in Zach Snyder’s film, which can best be described as a multi-faceted debacle.

Affleck, always something of an underrated actor even when his career was at his lowest ebb, is just fine—no worse a movie Batman than Val Kilmer or George Clooney, even if he’s not Michael Keaton or Christian Bale. Sure, he’s the most thinly-drawn Batman of them all, and is muscled to such a ridiculous degree that he looks totally wrong in the Batman suit. Batman shouldn’t have The Rock’s physique. But the problem isn’t Affleck: it’s the disaster of a movie going on around him. I’m not exactly sure why Snyder has been given the keys to not only one of these characters but all of them, but it’s time to take them away.

Dawn of Justice is the sequel to 2013’s Man of Steel, the standalone movie that re-introduced Superman in the person of Henry Cavill. That film, featuring a towering villain performance from Michael Shannon as General Zod, was flawed but generally competent, although I prefer Bryan Singer’s 2006 attempt at a resurrection, Superman Returns. The Singer film never got a sequel, but Snyder’s version—more for the sake of Warner Bros’ bottom line than any artistic imperative—is kicking off a whole Avengers-style series featuring the Justice League characters both alone and together.

(Disclaimer: I’m not a comic book reader. What I know about these characters comes entirely from previous movies about them, as well as occasional TV cartoons and slim books enjoyed by my young children. I judge these movies as movies, and not by their degree of faithfulness to the source material.)

In pointing out the flaws of Dawn of Justice, the list is exhaustive: The film, written by Chris Terrio and David S. Goyer, is way too long and structured poorly. The motivations of the characters make little sense from scene to scene. Most of the action scenes are staged and shot in an incomprehensible way. It’s quite possibly the loudest movie ever, including a Hans Zimmer score that sounds more like a parody of a Hans Zimmer score.

Half-hearted attempts to shoehorn the real world—including Congressional hearings, African civil wars, and talk of drone strikes—don’t work. And it borrows the single worst trait of the Avengers series, the need for each movie to stop dead in its tracks for a plot detour that has nothing to do with this movie but sets up the next one.

There’s the film’s need to respond, over and over again and in the most ostentatious manner possible, to the widespread criticism that Man of Steel was too callous about its enormous civilian body count—to the point in which we see Anderson Cooper narrate in news footage that a particular battle is going on at night, where the buildings in Metropolis are mostly unoccupied. I’ve never before seen Part 2 of a series spend so much time apologizing for Part 1.

The confrontation between the two superheroes is a fizzle. It reminded me of the famous Roddy Piper/Keith David confrontation in They Live—the two heroes engage in a protracted fight with one other, after which they both shrug and become friends again. As for the reason the fight ends, let’s just say it’s telegraphed in the movie’s first scene. It also doesn’t help that Snyder is so in love with the idea of something at the center of the screen exploding in a huge fireball that he uses it repeatedly; I stopped counting by the sixth or seventh time.

But worst of all is this: there’s not an ounce of fun found in the film’s entire two and half hours. Sure, when it comes to this sort of thing, dour can work—see Christopher Nolan’s three Batman films, which were dark but still very entertaining and not without a certain level of humor. But Dawn of Justice is just bleak, bleak, bleak, and not in an interesting way. Deadpool, from earlier this year, may not have been as ambitious as Dawn, but at least it was fun.

Affleck, once again, doesn’t embarrass himself as Batman, while Gal Gadot impresses in her first outing as Wonder Woman. Jeremy Irons is a highlight as Alfred, capably stepping into Michael Caine’s shoes. But two movies in, Cavill isn’t much more than a blandly handsome guy and passable actor—if he walked into this room right now I’m not sure I’d know who he was. Amy Adams, once again, is Lois Lane, but isn’t given much more to do than be rescued; and great as it is to see Holly Hunter in a high-profile role again, she’s sadly wasted as well.

Jesse Eisenberg plays Lex Luthor as a cross between Brad Pitt’s mental patient in Twelve Monkeys and Charles Manson, and while the character as written is a mess, I sort of liked what Eisenberg did with him, though I realize I’m pretty much alone among critics in believing that. Meanwhile, Shannon appears multiple times, Weekend at Bernie’s-style, as General Zod’s dead body.

Can’t we have superhero movies that are just about superheroes being superheroes, as opposed to wringing their hands about how hard it is to be a superhero?