There’s no visual verve or innovation. 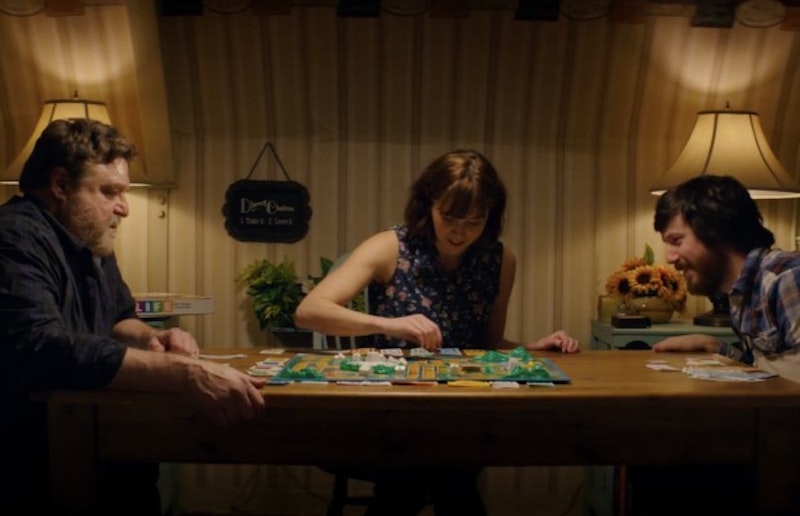 Cloverfield, released in January 2008, is one of the only major films in recent memory that has captivated me from the first teaser trailer premiere through to its release nearly a year later. Its extended release marketing method was relatively new at the time, and the endless alternate reality Internet games still seemed fresh for a major motion picture. Who even remembers most of those “ARG”’s so en vogue for a few years? The iLoveBees.com thing for Halo 2 and the Cloverfield campaign are pretty much all you need to keep from that period—because in both cases, the final product paid off, and you can only do these kind of secret things once in any given medium. Halo 2 was the most anticipated video game of 2004, and iLoveBees.com was a fun way for Bungee to fuck with the fans and get them excited with bits of information and little teases hidden in a seemingly innocuous and poorly designed old woman’s fan page for bees. But the mystery evaporated once the game was out—it had no purpose other than slow boil promotion four months out from the release of the game. All the craziness and secrets involved in the rollout of the first Cloverfield remained after the movie came out, because of its limited perspective.

Shot in real time from the perspective of a partygoer’s camcorder as a gigantic monster decimates New York City, Cloverfield was of the time and remarkably effective, not trendy or kitschy at all. It played off of YouTube’s rise, anxiety over terrorism, and technology’s possibilities (worldwide audience) and its limitations (limited and amateurish perspective and production). In addition to being an extremely kinetic, disturbing and realistic disaster movie, Cloverfield remained the gold standard in my mind of a movie laid out top to bottom flawlessly. I was eager to see the “spiritual sequel” 10 Cloverfield Lane when I first saw a trailer for it a couple of months ago.

Last week, John Goodman was doing press rounds for it, and it was coming out on Friday. Not a good sign. Turns out this film’s a turd, a non-descript no-budget thriller with the Cloverfield name slapped onto it to lend some undeserved credence and prestige. 10 Cloverfield Lane sucks: it shares none of its predecessor’s spirit, except that aliens are attacking us again. Nothing is left to the imagination: John Goodman’s character is a weirdo perv who wants to keep Mary Elizabeth Winstead as his daughter/sex slave in his “prepper” bunker. All of the particulars about the “attack” above the bunker are spelled out and explained, and this is all fine, people need a paycheck, but J.J., my dude, why whore out thy holy Cloverfield brand for this garbage? Not only does 10 Cloverfield Lane lack any of the visual verve or innovation of the first one, its story leaves absolutely nothing to the imagination, a far cry from the dense and endlessly rewarding original.