All the men are alike. 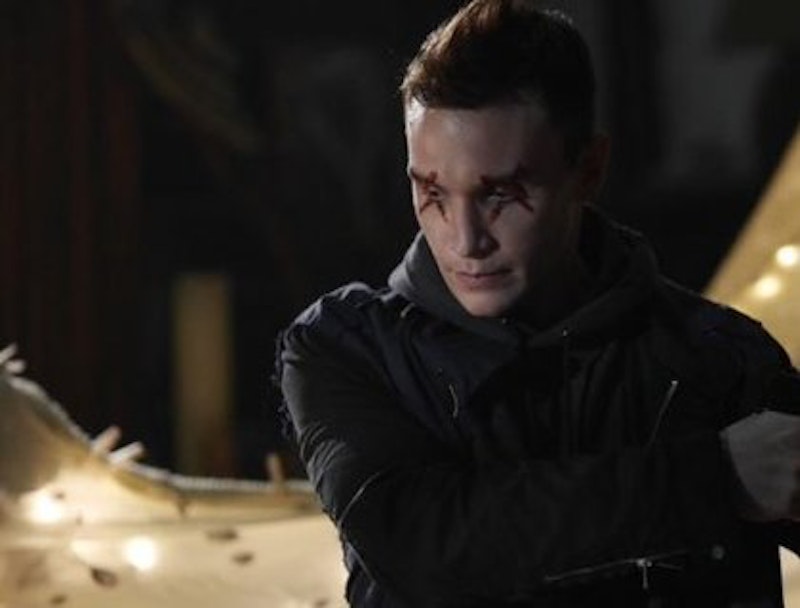 This is not the usual way of things, obviously. For the most part in media, men are the ones who have a diversity of roles available, while women are limited to damsels in distress or "strong woman" with martial arts skills. But Orphan Black's Season 3 premiere flips the script.

The sci-fi show has gone two seasons providing Tatiana Maslany with a dizzying array of characters to play. The actor has multiple roles as a variety of clones, and moves with obvious joy from one personality to another, sometimes through the miracle of camera wizardry, playing four different people in a single scene.  Season 3 complicates the narrative by introducing male clones, played by Ari Millen. But where Maslany's female characters show a wide range of personalities, interests, and abilities, the male clones… don't.

Part of the issue is simply appearance. Women's dress and looks are in some ways policed far more than men's—it's not an accident that Maslany, and all the clones she plays (even the transgender Tony) is conventionally slim and attractive. Yet, at the same time, men have a narrower range of acceptable dress. They don't wear make-up, their hairstyles fall within a narrower range of length and style (for the most part), they don't wear dresses or jewelry.

Orphan Black distinguishes between female clones through careful style choices; Sarah's shaded eyes and scruffy gutter punk wardrobe; Allison's soccer mom pink; Rachel's blonde wig and severe lines. The male clones don't have such resources. To distinguish between them, the show runners fall back on desperate measures; a sad little mustache here, a ridiculous pseudo-mohawk over there. The dress and styling for the women are expressive; on the men they’re just pitiful efforts to distinguish one from the other. Male appearance matters less—which is one way that sexism works against women, since women are constantly criticized for their weight and appearance. But in this case, the fact that women's appearances matter means that women can be different from each other, whereas the guys all blur into an undifferentiated gray.

That undifferentiated gray goes beyond the styling. In the series, the female clones are all part of an ongoing experiment by the Dyad group—they're monitored and observed. But the monitoring and observing isn't supposed to affect their lives beyond the occasional secret midnight blood test. The male clones, on the other hand, are part of a military program. As a result, all the clones we've seen so far share certain broad, stereotypically male characteristics—they're competent, violent and dangerous. There is some variation; clone Mark Rollins is a violent religious nut, while the clone Scarface seems so far to be a violent nondenominational nut. The third male clone we meet in the premiere comes across as a more affable violent nut.

There are other male characters in the series—Felix (Jordan Gavaris), a flamboyant artist and sex worker is the most notable, but there's also suburban doofus Donnie Hendrix (Kristian Bruun) and various scientists. Presumably the male clones will become more varied and distinct over time (though the female clones were quite diverse from the get-go.) It would be a stretch, given all of this, to say that Orphan Black stereotypes men.

Still, it's undeniably the case that the male clones show less range and variety, and are more restricted by gendered assumptions than the female clones. Orphan Black is a reminder that while men have a wide array of possible personalities and appearances in supporting roles, the central vision of heroic (or anti-heroic) manliness can still be limited. The Castor clones are taking the position of hero or anti-hero in Orphan Black, and they have to be powerful, dangerous and violent. At least in this one, limited venue, women, uncharacteristically, have more options.