Today's Scary Movies Look to the Past 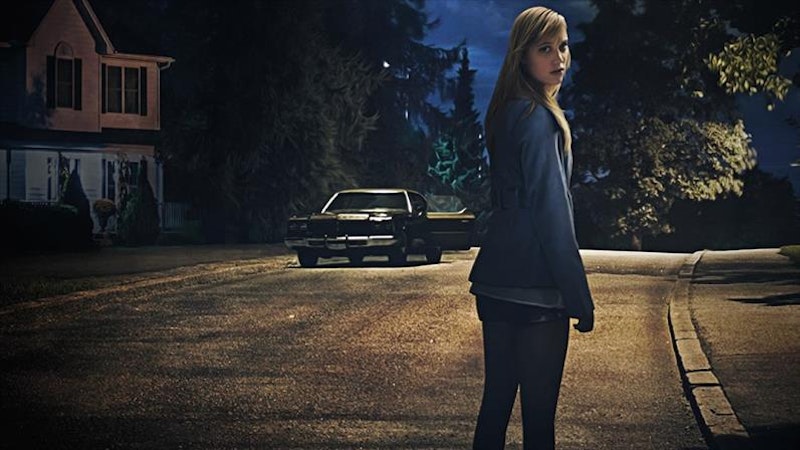 While horror films have long thrived on references to earlier eras, since the decline of Saw clones and found footage thrillers, more filmmakers have taken to mining the past for inspiration. Most recently, It Follows featured a variety of past, present, and possibly future technology along with a score heavily influenced by John Carpenter. Adam Wingard's films You're Next and The Guest are acclaimed for capturing the "feel" of 1970s and 80s horror and science fiction, while post-Grindhouse fare like Hobo with a Shotgun and The House of the Devil are set in the late 20th century and attempt to replicate the grainy and gritty violence popular at the time.

Some of these films are more successful and others, and It Follows was criticized as a small indie that "went wide" too soon to build on the early buzz, but the interest in anachronistic horror continues to grow. The most obvious benefit to retro-horror is dispensing of technology that would’ve killed the premise of many of the most classic chillers, especially cell phones. In the early 2000s it was common for cell phones to mysteriously go "out of service" or run out of juice in any horror movie that relied on isolating the main characters and victims to build tension. This trope quickly became more predictable than cars breaking down and power outages.

The majority of retro-styled horror films specifically set in the past still feature cell phones, though they're typically of the flip-phone variety. Having a smart phone or access to modern GPS provides for too many options and makes the likelihood of middle-class teenage characters going "off the radar" much more unlikely. Part of why there are so many "found footage" horror films, even if few aside from the Paranormal Activity series are successful, is because they're the archetypal Age of Surveillance shockers. They accept the reality that everyone is (or could be) watching everything at all times but it doesn't matter if supernatural forces are present. For anything more realistic, or even films involving antagonists that have to follow some sort of rules, credibility is a major issue. If something older than time is stalking you, why wouldn't you post about it on Facebook? If everyone always has some form of camera in their possession, why would any legitimate supernatural occurrence go unnoticed or unproven?

Unfriended, another movie arriving on a wave of hype that soon died down, pushes modern technology to the extent that everything that occurs is on the main protagonist's computer screen. That the film disappointingly reverted to the usual clichés of possessed teenagers mutilating themselves shows how limited this approach is. If in real life everyone sees everything all the time, or if it's something truly world-changing, then most horror plots would inevitably become multimedia melodramas. If people just started levitating or moving objects with their mind or acting on a centuries-old blood debt, social media would be all over it.

None of this means that the real world is any less horrific: sadism, cruelty and genuine terror is experienced by more people than ever. It's just that what’s prioritized by those who use the most technology involves people like them, who are also the targets and main characters of any horror that aspires to be mainstream and more than a Redbox curiosity. Ignoring or altering the reality of modern technology may add a few years of shelf life to time-tested scares, but ultimately the most common scenarios are fading in relevance, particularly for younger moviegoers. Horror doesn't have to be perfectly logical, but the shortage of scary movies not part of a major franchise shows that the old ways of thrilling audiences are less potent. People still like to be scared just as much as they like to laugh or be moved, they just need something to relate to that bears resemblance to their current reality.