No Critique in the Castle

Downton Abbey is wildly out of time, stuck in a pre-Brexit and Trump world. D 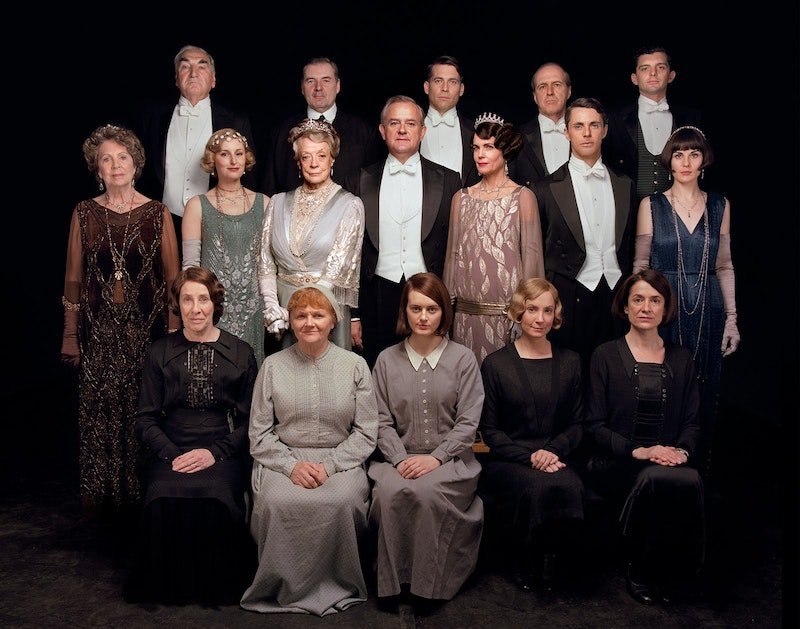 Once again, Letterboxd proves more useful than Rotten Tomatoes or any other aggregator or individual critic. After watching Michael Engler’s Downton Abbey, a new film based on the popular television show, I couldn’t quite articulate what made me so bored, contemptuous, and nauseated. Letterboxd user Ben Nash says it all in words: “'Do you know the French film The Discreet Charm of the Bourgeoisie? When I first heard that title I thought finally someone’s gonna tell the truth about the bourgeoisie. What a disappointment. It would be hard to imagine a less fair or accurate portrait.’ Uphold the status quo on the off chance that it will one day favour you, and if it doesn't then maybe you didn't deserve it in the first place. When I die and go to Hell this putrid Brexit wank fantasy is going to be playing on loop.”

That’s well said by someone who’d know more than me. From the distance of the American east coast, the whole premise of Downton Abbey is dated. Even the most moderate challengers to Donald Trump are talking about income inequality and expanding healthcare coverage. The obscenely wealthy are simply not in anymore! So what to make of early-2010s TV hit and 2019 movie Downton Abbey? Residual fans don’t leave lines around the block everywhere from Cincinnati to Los Angeles. But maybe that was just opening weekend—when I saw it on Saturday, it was a decent-sized crowd but by no means rabid—though there were several knowing laughs and screams at things I didn’t understand, and would never understand, because Julian Fellowes’ mosaic of characters ranging from the witless wealthy to the doe-eyed maid and everywhere in between don’t interest me. I didn’t care about them in Gosford Park, and even though I love Mrs. Maggie Smith and would gladly watch her in anything, but I want more stuff like The Lady in the Van. Put Maggie in some really abject circumstances, she can handle it.

Downton Abbey is a stop on a royal tour of the country, and the residents and staff have to deal with the stress of hosting the King and Queen. There’re at least 50 characters but they’re clearly divided between upstairs and downstairs. There are quarrels, kisses, romances, petty passive-aggressive nonsense, and more petty passive-aggressive nonsense. The popularity of Downtown Abbey in the States isn’t as inexplicable as it should be. Britain’s brutal class stratification is impossible to miss in Engler’s film, but I spent the whole two hours waiting for a critique of the monarchy that never came.

Indeed, Downton Abbey is more offensive and disingenuous than a typical piece of right-wing entertainment—like Angel Has Fallen, or any Clint Eastwood movie since Gran Torino—because it wants to seem more progressive than it actually is. Eastwood, Oliver Stone, and Kathryn Bigelow practically make state media, but you know that going in. There are superficial nods toward cultural progressivism in Downton Abbey—mainly, a tertiary closeted male character finding his way into an underground queer cabaret, only to have his first visit interrupted by the police. He’s bailed out of jail with no punishment and no record through his connection to the King, and a homosexual in the employ of royalty would be most shocking, wouldn’t it?

Later, that man kisses another man, a different one than accompanied him, I think (there are too many people in this movie), and waxes something to the effect of, "a lot can change in 50 years... who would've thought man would fly 50 years ago?" Mission accomplished, maybe. Other than that, Downton Abbey is unable to make any kind of class critique because its entire appeal is palace intrigue, all of which amounts to petty squabbles between relatives and rivals and lovers and ex-lovers—stripped of the pearls, it’s everyday drama that most Americans are familiar with. Of course, the absurdity of British propriety is a good enough critique itself, but the ridiculous rituals practiced here are not comic relief for most Downton Abbey fans.

If you’re at all curious, see this movie in a big theater with lots of fans while it’s still out: it looks surprisingly great (and super wide at 2:39:1). Downton Abbey isn’t an awful movie; in fact it’s a perfect specimen for study. Petty palace intrigue is the appeal of this franchise, and in 2019, three years after Brexit and Trump, we deserve a Downton Abbey that offers “queer representation” and nothing else. Britain’s anti-gay laws were barbaric, but the greater evils of British society are never addressed, all of which stem from class stratification and colonial wealth hoarding.