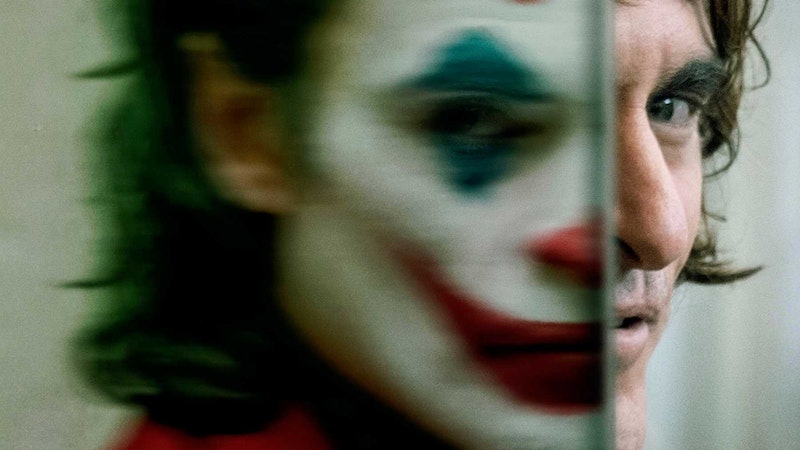 Joker is worse than bad; it’s boring. Todd Phillips’ “hard R” take on the Batman villain could’ve been great, it could’ve been a disaster, and either would’ve been more interesting than this baggy, unfocused mess of a movie. If Joker really was the “incel rallying cry” that many assumed it was after winning the Golden Lion at the Venice Film Festival, there would be more to write about. If, against all odds, Joker actually succeeded and made as pointed and clear a satire on celebrity as its clear progenitor The King of Comedy, I might’ve been here again next week defending it, like I did with the more mildly embattled Once Upon a Time in Hollywood. But Joker is only worth defending against censors and the moral panic stoked by the press.

What stuck with me was the unusually tense and funereal atmosphere in the packed Saturday matinee I saw. Maybe, like me, people were on edge watching a movie some have called “too dangerous to be released,” always keeping one eye on the screen and, like a lizard, another on anyone getting up and leaving, anyone standing near the entrance, anyone making any kind of noise. No, because that sort of tension always brings out nervous laughter in people. As I laughed at all the bad luck, pratfalls, meltdowns, and utter lack of charisma, everyone else was silent. Maybe I was worrying people. This isn't a fucking game: we're watching Joker in public. Show some respect.

Joaquin Phoenix obviously carries the movie. His performance, as mentally ill failed standup Arthur Fleck is inspired, genuinely disturbing, and the only unimpeachable thing in Joker. It closes out a decade of astonishing and idiosyncratic performances, from the traumatized mercenary in Lynne Ramsay’s brilliant You Were Never Really Here, to Freddy Quell in Paul Thomas Anderson’s The Master, to “himself” in the Casey Affleck’s masterpiece of modern media I’m Still Here, one of the best films of the decade and right up there with Network and The King of Comedy in terms of what it has to say about entertainment, celebrity, and the cynicism and amorality that defines corporate media.

Fleck is a Bickle, a Pupkin: asocial, maladjusted, middle-aged and living with his mother. He dreams of meeting Murray Franklin, just like Rupert dreamed of meeting Jerry, but he’s not the fanatic that Pupkin was. He’s a sick man deprived of his medicine and rejected by everything around him. Splice Today contributor Gram Hummell thought it was funny how Phillips shot Joker just like The Hangover: lots of gratuitous slow motion and lens flare. Joker is bloated and undercooked for such a combustible setup with a brilliant lead actor.

There are a handful of very funny moments: when Arthur is working as a clown at a children’s hospital and he drops his gun, when he shoots Franklin in the face, even the casual cruelty of the people he runs into on the bus and the subway. Lucretia Martel and the rest of the International jury at Venice probably don’t have the historical context for why Joker misses the mark and fails as a social critique or satire. Does Martel know who Bernie Goetz is? Do most people in America remember who Goetz is? Maybe it doesn’t matter: most people can relate to Fleck when he loses his Social Security and can’t afford his necessary medication.

There was a reverent, strained seriousness in that theater that made me think I was watching Joker surrounded by aspiring Jokers. Were they taking notes? How many went into Joker genuinely miffed about the backlash it’s gotten? How many of them took the pre-release criticism personally? I’m just glad I made it out alive. At first I thought Joker isn’t too dangerous to be made, it’s too stupid to matter, but the further I get from it the more disturbing it becomes, especially the last half hour.

A few days ago I thought the anxiety was studio ginned, but more than one theater has had to shut down in the last week because of threats and relatively minor incidents. Some maniac in Times Square cheering Fleck’s brutal murders and spitting on people as they rushed toward the exits. Phillips’ film is thoroughly mediocre, “a movie based on a dorm room poster,” and it hurts to see Phoenix performing so well in something so beneath him.

It’s the script and pacing, not the concept, that sinks Joker. It comes so close to almost approaching a great movie, with a few striking sequences, but it’s bogged down by Phillips’ slow motion and 30 unnecessary minutes. But he shoots a smug talk show host in the face on live television. He murders half a dozen others, including his own mother. Michael Moore called Joker “a cinematic masterpiece” that nails every hot topic in America, “the story it tells and the issues it raises are so profound, so necessary, that if you look away from the genius of this work of art, you will miss the gift of the mirror it is offering us. Yes, there’s a disturbed clown in that mirror, but he’s not alone—we’re standing right there beside him.” Twisted? Maybe not—he was right about Trump in 2016. And I think a lot more people identify with Arthur Fleck than we'd like to admit.