There Are No "Elites" in Space

Audience vitriol toward Ad Astra and “elitist” critics is misdirected and ridiculous. 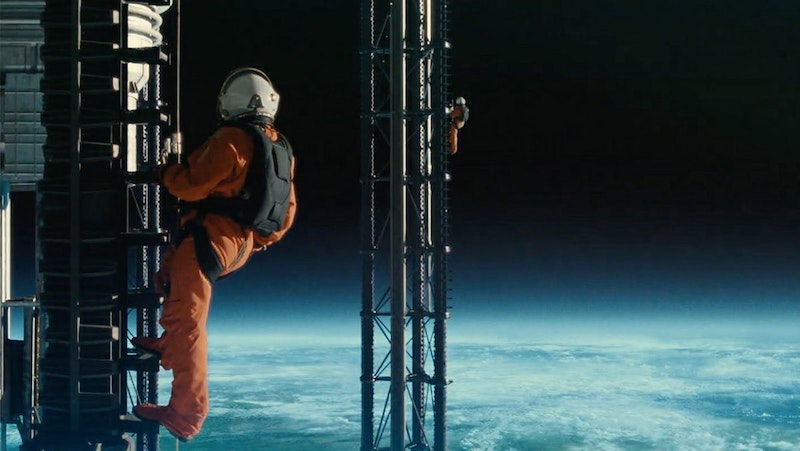 This year, as conditions have gotten worse and space has shrunk for original films, true believers in the cinema have gotten louder and more passionate. There’s an embarrassment of riches if you look beyond AMC and Loews: Tangerine, American Honey, Certain Women, The Image Book, Let the Sunshine In, Burning, Personal Shopper, Shoplifters, Good Time, and Carol, all in the last five years. Once people saw that cinema was on life support, they gathered and got louder.

To match the fervor of Marvel and Disney’s real life revenge of the nerds, people are seriously debating the merits of a multiplex space movie starring Brad Pitt. This is great, because Ad Astra, while only radical and risky in comparison to everything it’s playing against, is worth consideration. It’s a contained film: obviously the completely interior emotional conflict driving the story, but even more so the stunning score by Max Richter, and the truly immersive sound design that, more than any other major space movie, makes the theater feel like its own airtight craft.

James Gray may be an “auteur,” but he’s not name-brand like Tarantino or even Alfonso Cuaron, whose Gravity in 2013 was mostly mocked for, of all things, being “scientifically inaccurate.” Come on! There are as many “errors” in Ad Astra, but six years later, film fans are grateful for anything original and somewhat challenging, even if audiences at large are befuddled. I’m not sure why: it’s less bogged down in bureaucracy than Damien Chazelle’s First Man (a great film that didn’t get a fair shake), and it’s certainly less flamboyant and flagrant in its questionable science than Christopher Nolan’s Interstellar. But Nolan’s film was as much a space opera as Star Wars, and mirrors Ad Astra in its central character being an astronaut dad leaving his kids behind.

Interstellar was roasted for being silly, but who goes to the movies for a science lesson? To me, Gray’s film was thankfully light on the technical details—again, all of the energy here is directed inward—but audiences at large are not so hot on Ad Astra. Pitt was interviewed on PBS two days ago, emphasizing this space movie’s intelligence, a space movie for adults. Is that what the people want?

Ad Astra is only seen as a “thinking man’s space movie” because it offers more than explosions, aliens, and rocket ships. Not much more, though: the plot’s barely there, and the emotional depth of the movie doesn’t really go beyond familiar father/son issues. Ad Astra will obviously have more resonance for people, and men especially, who have complicated relationships—or no relationships—with their fathers. Tommy Lee Jones plays Pitt’s dad, long presumed dead lost in space, but in fact gone rogue and pushing ever forward into a pretty universe empty of life. The highlight of Pitt’s on the nose narration is his rejection and realization of his father’s folly: “The universe looks magnificent, but underneath, there is nothing there.” He says his father “went into space looking for something that he missed right in front of him.” Not exactly revelatory material, but again, the movie is so focused on this relationship and Pitt’s interiority that I imagine it’s going to make a lot of men cry and feel uncomfortable about it.

The best thing about Ad Astra is its stunning sound design and score, a movie full of bed tracks of beeps and boops and loops that I’d love to listen to at home. Again, another reason to take the time to see this movie in a theater: it really is immersive, as if you’re in a pressurized cabin, and of course this is all in service of bringing and keeping us inside Pitt’s head as he zips through space looking for his dad. His father’s mutiny recalls Claire Denis’ High Life, another so-called “thinking man’s space movie” from this year that was crippled by its non-chronological structure, but Ad Astra is so much more attentive and focused. It isn’t Arrival, or Blade Runner 2049, the best science fiction film of the decade.

But it’s going to move a lot of people—not everyone who sees it, but it’s unquestionably a major “father/son” film. There were sniffles at the downtown Baltimore matinee I saw! And it’s easy to find people as moved online, and I’m encouraged by how many people are defending this movie against the statistics obsessed hordes that believe in a false cabal of film critic “elites” that are out of step with what audiences want. That may be true for Richard Brody, A.O. Scott, and Rex Reed, but most film critics are definitely not doing it for the money or the social status. Like Matt Zoller-Seitz tweeted over the weekend, most critics write for peanuts because they love the medium so much.