Joker and Cuck may be controversial, but neither of them are good. 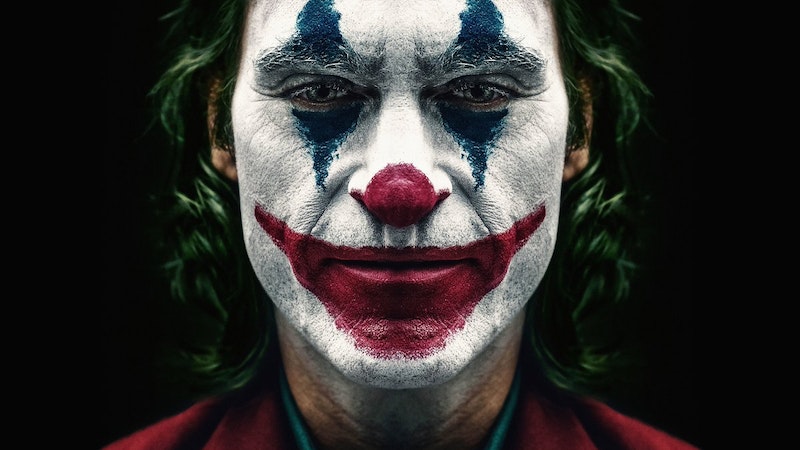 Ever since Joker debuted at the Venice Film Festival, and then made its North American bow at the Toronto International Film Festival a few days later, arguments about Joker have escalated.

There's one faction consisting of those who believe Joker is a great movie and the new definitive depiction of the famous villain. There are others arguing that the film's very existence is irresponsible, due to the its shocking violence and its potential to set off real-life bloodshed from the "incels" of the world, who’ll undoubtedly see Joker as a validation of their worldview. The U.S. Army put out a warning about the possibility of incel-related shootings at screenings of the film.

Arguments about Joker have also slotted into various pre-existing narratives about Marvel vs. DC, "cancel culture," and the wokester/comedy wars, with director Todd Phillips (who directed Old School and The Hangover) telling an interviewer this week that political correctness is the reason he stopped making comedies. Overall, the arguments about Joker have consisted of several weeks of passionate exultations and denunciations of the film—about 99 percent of which came from people who’d not yet seen it.

Most of the Joker controversies are overblown. It's almost certainly not going to inspire violence, and the titular character's involuntary celibacy is a relatively minor part of the film. Most of that fear of real-life violence seems to come from those misremembering Aurora shooter James Holmes having dressed as or invoked The Joker (contrary to reports, he never did.) Even the violence in the film, while plentiful, isn't all that shocking by modern-day R-rated movie standards.

The biggest takeaway is that Joker isn't nearly as compelling as the weeks of controversy leading up to its release would indicate. It's both completely ridiculous and ill-conceived, sporting an over-the-top and irritating performance by Joaquin Phoenix.

Overall, the wildest swing Phillips takes with Joker is that instead of ripping off Goodfellas and Casino like so many other filmmakers, he's instead built an entire film out of plot elements of two other Martin Scorsese films, Taxi Driver and The King of Comedy. Scorsese was even on board as a producer around the time the film was first announced, although he was not ultimately credited. Phillips’ previous film, 2016’s crime saga War Dogs, was straight out of the Goodfellas/Casino template.

Phoenix stars in Joker as Arthur Fleck, a troubled man in a Gotham City that bears an uncanny resemblance to the New York City of the late-1970s and early-1980s. Living in a run-down apartment with his mother (Frances Conroy) and diagnosed with unnamed but plentiful mental illnesses, Fleck is employed by a clown-for-hire service, while he dreams of a career as a stand-up comedian despite never showing any indication that he’s funny. His dream is to appear on the talk show of Murray Franklin, played by Robert De Niro, sliding over into the Jerry Lewis role from The King of Comedy.

While most of the plot is assembled from bits and pieces of the two Scorsese movies, Joker's main inciting incident is a confrontation Arthur has on the subway, which resembles the famous Bernhard Goetz shooting of 1984, and much like with Goetz, it turns Arthur/Joker into a folk hero. The difference is Joker somewhat haphazardly retcons the Goetz incident so that instead of black teenagers, the guys he shoots are white Wall Street douchebags. We get a proletariat revolution against the rich, with Joker masks standing in for those of Guy Fawkes.

And that, in part, is where Joker lost me. Not only is the movie’s treatment of the “eat the rich” revolution half-hearted, but the character doesn't really do anything to earn being a master criminal and leader of men, and he just sort of stumbles into it. I'm not a comic aficionado and I’d imagine there exists decades of on-the-page Joker lore I'm not aware of that's perfectly in line with what's in the Phillips film. But the most interesting on-screen Jokers of the past—especially Jack Nicholson in Batman '89 and Heath Ledger in The Dark Knight—were interesting precisely because they were criminal masterminds. Phoenix's Joker isn't that; he comes across as a garden-variety twitchy serial killer from a Criminal Minds episode, who just happens to be dressed as The Joker.

Phoenix is one of the greatest living actors, but this won't go down as the best of his work. It's a performance that's all twitches, and silly dances, and this thing where he repeatedly laughs/cries to himself. It's certainly a lot of acting, but not great acting. He did, apparently, starve himself so much for the role that he's left with a weird upper body physique that barely looks recognizably human.

The very talented Zazie Beetz gets very little to do as a neighbor on whom Arthur nurses a crush; the same for Frances Conroy as his mother. The most impressive aspect of the film is its production design, which recreates the New York of circa 1980 but skews it slightly, a la Wes Anderson's The Royal Tenenbaums. The street names, subway stations and names of restaurants and theaters look like they should be real New York landmarks, but they're just a few degrees off. But that's undercut by a highly intrusive musical score by the Icelandic composer Hildur Guðnadóttir. And the film is full of musical needle drops that sound like the exact ones that Scorsese would use, although I did enjoy its deployment of Gary Glitter's "Rock and Roll Part 2."

Are we going to have a Walter White problem here, where large numbers of the audience start believing The Joker is actually the hero? I don't think so. This Joker isn't an anti-hero; he's an actual villain, and his villainy is crystal clear. Some viewers of the film may misunderstand it, but probably not to the point of taking up arms on its behalf. It never made much sense that this movie’s Joker was compared to young incels, since we’re given multiple explanations for how he got the way he is, and a lack of getting laid is not among them. Plus, despite the character being called “kid” by De Niro, Joaquin Phoenix is 44 years old.

It turns out that everyone was worrying about Joker for the wrong reason. It's merely a bad movie. Not a dangerous one, just a bad one. C-

Even if Joker isn't actually about an incel, there's another movie coming out this week that is: it's called Cuck, and while it won’t be seen by nearly as many people, it much more resembles the movie those panicking about Joker had in their heads than the actual movie does.

Cuck, as a movie, doesn't offer a lot more than surface insight into a guy like Ronnie and the ending, in particular, takes a hard turn into gross exploitation. But I doubt this will be the last film that takes a stab at "understanding" the male incel mind. D