As novel adaptations go, Nightmare Alley is one of the best in a long time. 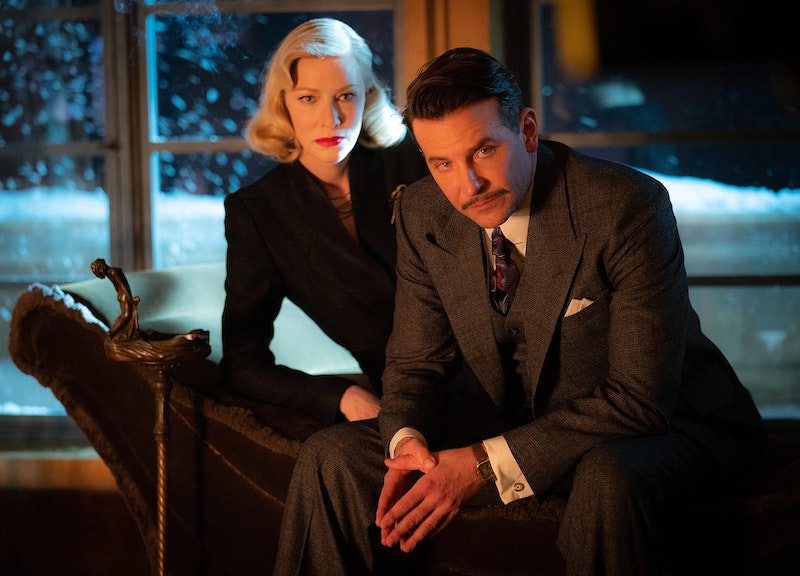 Trying to please the fans of a novel in a movie adaptation is pointless. The fundamental story might be the same, but formal requirements and creative sensibilities usually make an adaptation noticeably distinct. A movie can never be a novel in pictures and a novel can never be a movie in words—despite commercial formulas promoted by many screen- and novel-writing systems that purport to make one function like the other.

Moreover, when a novel and its adaptations are equally great (i.e. The Maltese Falcon, The Godfather, The Shining, The Exorcist, The Great Gatsby), we might even wonder to what extent the movie may have surpassed the book. Larry McMurtry supposedly said he thought the 1971 adaptation of The Last Picture Show was better than what he’d written. And those who saw Joel and Ethan Coen’s No Country for Old Men before they read Cormac McCarthy’s novel will never be able to unsee Javier Bardem’s face.

Movies, especially in this age of lockdown streaming, may seem more commercial, risk-averse, and trashy than ever. But adaptations can still be surprisingly good. Guillermo del Toro’s Nightmare Alley, which premiered on December 1, 2021, and was released on Hulu and HBO Max on February 1, 2022, definitely qualifies. If it isn’t better than its source material, it comes startlingly close. It does the hard job of successfully re-adapting William Lindsay Gresham’s great noir novel, already made into a 1947 classic starring Tyrone Power. And it accomplishes this in spite of an over-exposed celebrity cast and the screen’s inherent need for a compressed plot.

We’re so saturated with Bradley Cooper, Cate Blanchett, Ron Perlman, and Willem Dafoe that we may be inclined to find ourselves in a Shadows and Fog moment—where Madonna comes out dressed like a cartoon fortune teller and we’re not supposed to groan. It’s one thing to be asked to tolerate celebrity cameos, which when not done obnoxiously, can be entertaining. But it’s quite another to have a broad catalog of big-budget hams in the central roles.

The movie’s only missing someone like Tom Cruise or John Malkovich as the industrialist, Ezra Grindle (del Toro fortunately opted for Richard Jenkins), and Kirsten Dunst or Anne Hathaway as Molly (played instead by Rooney Mara, thank goodness). But otherwise, one has to banish mental images of Dafoe as Green Goblin or Blanchett as an elf queen. Such actors are so famous they’ve entered our imaginations as pop-culture icons alongside Jack Reacher, Teddy KGB, Mary Jane Watson, and Catwoman. Industrial 1930s architecture in heavy snow and tatty post-Depression carny grit is hard to accept when the last thing we recall about Bradley Cooper was the unfortunate Hangover trilogy.

One wonders whether del Toro could have tapped the cast of HBO’s 2003 series, Carnivale, which is heavily indebted to Gresham’s novel. But it doesn’t matter. Cooper, with his square jaw and piercing gaze, has more in common with Tyrone Power than Gresham’s original vision of Stanton, but we let him be referred to as a “kid” at the beginning of the movie and forget that the novel was Stanton’s coming-of-age tragedy, a noir iteration of Icarus, a cautionary tale about growing up in difficult times and how hubris summons the cruelty of the gods.

Del Toro streamlined Nightmare Alley into a broader sort of period tragedy, not quite as noirishly cold but certainly stylish and fascinating. In that sense, Cooper’s good looks have a momentum of their own. Blanchett’s simplified interpretation of the complex and disturbed Lilith Ritter recalls Brigid O’Shaughnessy from Huston’s Maltese Falcon—great but more dependent on noir type than nuance, no matter how the cinematography tries to make Blanchett appear hard-edged and ruthless.

The supporting characters also diverge in small yet noteworthy ways. Toni Collette’s Zeena is more aggressive and predatory than in the book. David Straithairn as Pete, Zeena’s tormented alcoholic husband, is far more philosophical, far more of a hero’s Save-the-Cat mentor than a broken man lost in his own nightmare alley. Richard Jenkins plays Ezra Grindle as a classic mob boss who hates that he’s sensitive and wants to throw money at his guilt. The original Grindle was far more metaphysically minded, far more awestruck by the possibility of spiritualism, a softer more melancholy man who, deep down, wants to believe.

Literary novels tend to be particularly low-concept, shaping a story gradually through an abundance of telling details, complex characters, and small moments. Veteran screenwriters have a natural tendency to retell those stories in broader strokes at the expense of characterization and narrative style, something that can be fatal to noir. Small character elements can make the difference between a movie like Chinatown and one like Sin City, the former a legendary work of detective noir, the latter an unpleasant replacement for Xanax.

The writing and acting in this adaptation is excellent. The director is gifted. And it’s a great story. Of course the writers had to cut and condense. They had to remain faithful to the story’s emotional arc while keeping to time and budget. This is true of any novel adaptation and it’s where most of them begin to fail. Happily, the movie doesn’t collapse under the weight of those constraints. As novel adaptations go, Nightmare Alley is one of the best in a long time. As a movie squarely within the neo-noir genre, it makes all the right moves.