International Films That Are Unavailable in the United States

Access may be better than ever in some ways, but so many films from other countries never reach America. 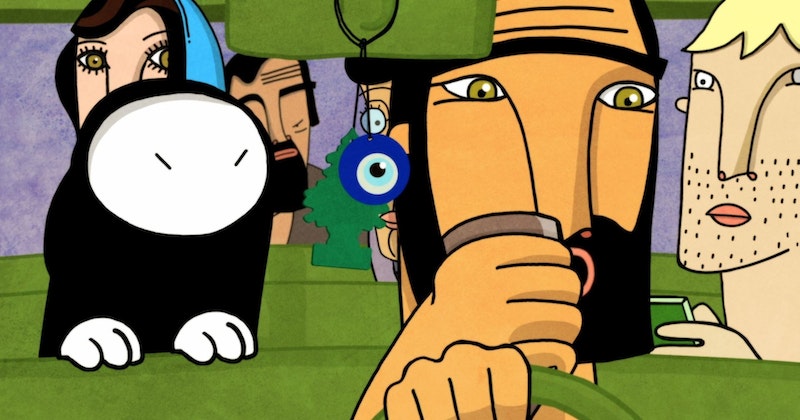 Every year acclaimed new films premiere at Cannes or Sundance, but without proper distribution, they can easily disappear from public memory. Here are six films that deserve access in the United States, so that a wider audience can appreciate their brilliance.

The Bears Famous Invasion of Sicily (2019)

This wonderful animated fantasy by Lorenzo Mattotti, based on the beloved Italian children’s book by Dino Buzzati, tells the story of the king of the bears invades the land of men when his young son is kidnapped. Brought to life in gorgeous 2D animation, this magical fable debuted at the 2019 Cannes Film Festival to great acclaim, and has played multiple film festivals in the U.S., but still has not had a commercial theatrical release. The only physical release has been in Italy (without English subtitles) and Canada (with English subtitles).

Many films about “The Troubles” in Northern Ireland have been made after the violence ended, but this 1981 drama was filmed right in the thick of it, telling the story of a young woman who has moved to London to get away from the endless bloodshed and political extremism. Director Pat Murphy went on to make the James Joyce and Nora Barnacle biopic Nora, but for decades her debut film was unavailable, until the BFI put out a terrific Blu Ray last year. We can only hope someone like Kino Lorber brings it to the U.S. There’s still no physical release of Murphy’s second film Anne Devlin from 1984.

Stieg Larsson: The Man Who Played With Fire (2018)

The Girl with the Dragon Tattoo and its sequels are a global phenomenon, but sadly, author Stieg Larsson died of a heart attack before the books were even published. This documentary by Henrik Georgsson looks at Larsson’s life, specifically on his career before writing novels, as a journalist investigating neo-Nazi groups in Sweden. You’d think that Larsson’s fame would make a documentary about him very popular, but after a Sundance premiere, the film is still not available in the U.S. (You can get an import DVD from Australia’s Madman Films.)

A dark fantasy musical about mermaids working in a Polish nightclub. Bold, brilliant, and soon ended up in the Criterion Collection. Smoczynska’s second film Fugue is a much more subdued drama, about a woman who loses her memory and struggles to reconnect with her husband and son. It’s a fascinating character study. Fugue didn’t get a disc release by the Criterion Collection. It did play briefly on the MUBI streaming service, but if you want to own it, you’ll have to pay for a Polish DVD.

One of the best independent British films of the last few years, Bait is a sharply drawn drama about a small fishing town where the locals are being forced out by wealthy new neighbors. Shot on black and white 16mm film, with the dialogue dubbed in post-production, it feels oddly fresh, with some terrific naturalistic performances. Despite being nominated at the BAFTA’s, this never got an American release. There’s a U.K. BluRay from the BFI with special features. Hopefully Mark Jenkin’s next film will get a wider release.

Independent animation, from the likes of Bill Plympton or Don Hertzfeldt, is so rare that it should always be cherished and championed. Every frame of Anne Marie Fleming’s animated feature about a Canadian girl of Chinese and Iranian descent who travels to Iran for the first time for a poetry competition is handcrafted, and that makes the emotional story hit even harder, and the great Canadian actress Sandra Oh is excellent in the lead. This is a curious example, since you can actually rent it on Amazon. However, there is no physical media release at all, even in Canada. While I’m happy it’s available to stream, unlike the other films on this list, the fact that it could disappear from Amazon any day, leaving no other way to watch the film, disturbs me.