And irony. Lots of it. 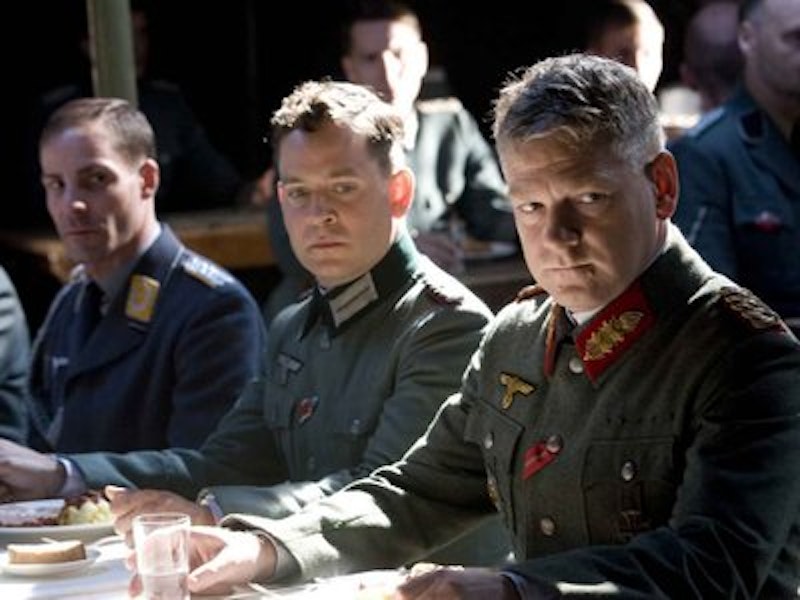 The best movie I never heard of may be Conspiracy. HBO put it out in 2001 and I found it a couple of weeks ago at the rental store. Really it’s a TV show, but a one-shot: 96 minutes of Kenneth Branagh as an SS chieftain telling his fellow important Nazis that all must pull together and destroy the Jews. Put historically, the movie is about the Wannsee Conference, where relevant parties from the Third Reich’s multitude of bureaucracies were given the line on the Final Solution. No more hacking at the problem on this front or that; the Fuehrer wanted a program, an all-out effort, and it was going to be led by the SS.

This message was delivered by Branagh’s character. His name was Reinhard Heydrich and he wept when he played the violin. I say wept, not cried, because he was fancy and liked cutting a figure. Branagh plays him as the bureaucratic up-and-comer he must’ve been, a youthful figure who cuts a dash but can take in hand the business of power. Heydrich sees past a temporary enmity, talks with weight of what a soldier has seen on the front. He’s the man to lead, and he’s as pleased with himself as a boy virtuoso wowing adults.

Branagh-Heydrich presides over a glossy plain of a table lined by high-ranking human oddities. We watch the interplay of personality, the cut and thrust of status, the rustle of features on versatile and much-weathered British faces (the cast is very good). Colin Firth plays the outraged legal thinker making a last stand for decency and precedent. This stand takes the form of believing the Jews should be wiped out through sterilization, not extermination. Even so, he’s upset.

Proceeding from their different absurd premises, the porn stars and the Nazis find that every second they live takes them closer to absurdity. “It’s my poem to you,” says the porn-star earth mother, handing Mark Wahlberg her crappy movie about his dumb self. She’s ridiculous. So is Colin Firth’s brave lawyer. He can work himself into a sweat of outrage, but he hasn’t had any moral feeling since 1933; there’s something in its place and he never noticed the swap. And the suave, incisive Heydrich-Branagh is as useful as an oddball gathering string in the park. He’s going to be very sure the Third Reich kills Jews; his next trick could be piling up all the sugar cubes in the Neuordnung Europas. Let that be a lesson: the afternoon’s meeting can go just fine and yet the world is a mess. Because so often life is about priorities.