On Barbershop: The Next Cut and Miles Ahead. 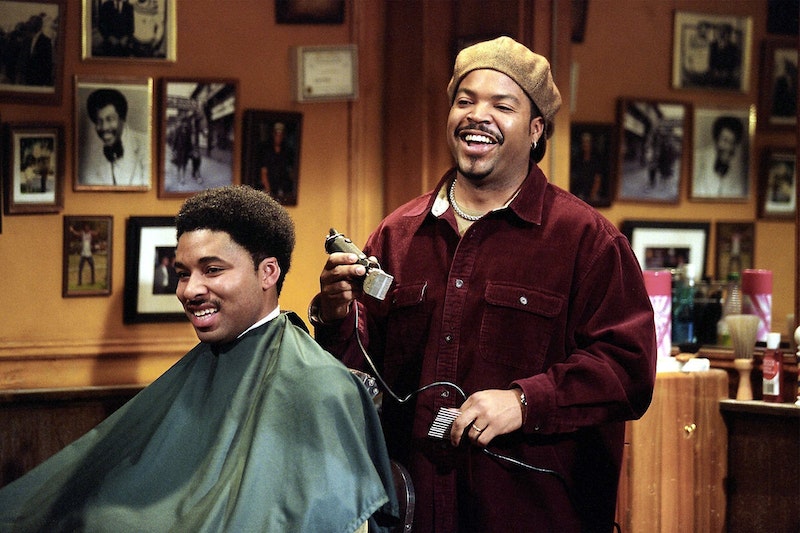 According to last year’s Spike Lee film Chi-Raq, the solution to the problem of widespread gang violence on the South Side of Chicago is for women to strategically withhold sex from their men. A new film, Barbershop: The Next Cut, has an alternate suggestion: a weekend of free haircuts.

Neither seems likely to solve an intractable problem that’s gotten considerably worse since the conception of either film. But that doesn’t mean it can’t be the focus of a decent movie, which Barbershop is.

This is the fourth film in the Barbershop franchise, kicked off by the very entertaining 2002 original, which celebrated both urban black camaraderie and entrepreneurship; it was a reasonable success and even drew some controversy over Cedric the Entertainer’s Jesse Jackson-bashing oldhead character. A sequel and a Queen Latifah-focused spinoff soon followed, though I confess that I never saw either.

Now, 14 years after the original and 11 after Beauty Shop, it’s been resurrected, with new voices in charge: The director is Malcolm D. Lee, who made both films in the Best Man franchise, while the writers are Kenya Barris (co-creator of the great sitcom Black-ish) and Tracy Oliver (who wrote on the acclaimed web series The Misadventures of Awkward Black Girl.)

The result is a durably funny comedy that balances a likable cast and has something to say about its subject, even if it’s not something especially groundbreaking.

Ice Cube returns as barbershop owner Calvin, who in the earlier movies was fighting off recession and gentrification. Now, the threat is encroaching gang violence, which has Calvin pondering moving his business to the North Side, in part to keep his young son (Michael Rainey Jr.) out of the gang wars.

Cedric’s Eddie is back, as are Anthony Anderson’s ATM thief, now a food truck hustler. New cast members include Common, Deon Cole, Regina Hall, Lamorne Morris and Nicki Minaj. Highlights include Morris (from the sitcom New Girl) as the nerd of the group, and J.B. Smoove as a sort of all-purpose hustler.

As in the first film, it’s the scenes of the characters simply shooting the shit in the shop that’s the spine. This feels a lot like a real group of people, having spirited debates about everything from politics to sex. There are also references to the former Southsider in the White House, including a final kicker that’s pretty inspired. Barris’ influence is obvious; a lot of these scenes are up there with the best of Black-ish.

The Next Cut makes the interesting choice, in the age of Black Lives Matter, to focus its story of inter-city violence on gang warfare, while leaving the police almost entirely out of the equation, with the exception of a couple of lines of dialogue about Trayvon Martin. Sure, the whole “what about black-on-black-crime?” dodge is tiresome, as my experience is that black people tend to care a lot about that too. But it’s still sort of an odd decision, in a movie starring the man who once rapped lead vocals on “Fuck the Police.”

I don’t mind that choice. The choice I do mind? This film, in which the entire plot, including the conclusion, hinges on sticking up for the future of the South Side of Chicago, and not leaving even you have a chance to do so, was filmed in… Atlanta, Georgia.

Miles Ahead sounds like a great movie on paper. Don Cheadle, making his directorial debut, starring in a biopic of Miles Davis, featuring plenty of Davis’ music. It’s a longtime passion project for Cheadle—who even resorted to crowdfunding to get it completed.

But Miles Ahead is a mess. Rather than do anything to get at the essence of who Miles Davis was, the film focuses on a specific period late in Davis’ life, engaging in a bunch of action-packed adventures that never actually happened. It’s sort of mind-boggling. Miles Ahead, aside from a series of flashbacks, is set mostly in the late-1970s, during a fallow period in which a hobbled, drug-addled Davis isn’t making music and wonders if he ever will again. Meanwhile, he pines for his long-ago wife (Emayatzy Corinealdi), who graced the cover of one of his early great albums.

What he does do is interact with a bunch of truly terrible, one-note supporting characters—Ewan McGregor’s amoral journalist, Michael Stuhlbarg’s mustache-twirling music promoter (it’s sad to see a great actor reduced to such a cliché)—and getting into car chases and gun battles that didn’t actually happen.

Sure, last year’s Love & Mercy used a similar structure, and was a near-masterpiece; Miles Ahead even includes a few studio scenes that are reminiscent of the best of that film. But it reminded me a lot of Cobb, the 1994 biopic of Ty Cobb, which, instead of focusing on the baseball legend’s career, told the story of Cobb as an old man, fighting with a journalist.

I wish the bad decisions ended there, but for some reason the film ends with Cheadle-as-Davis performing with a Twitter hashtag (#socialmusic) on the back of his jacket. Would Davis have been adept at Twitter, had it existed in his time? Maybe. But it didn’t; he died in 1991.

Biopics aren’t easy; I understand the temptation to go totally unconventional. But Miles Ahead just does everything wrong.