By the hoary hordes of white supremacy. 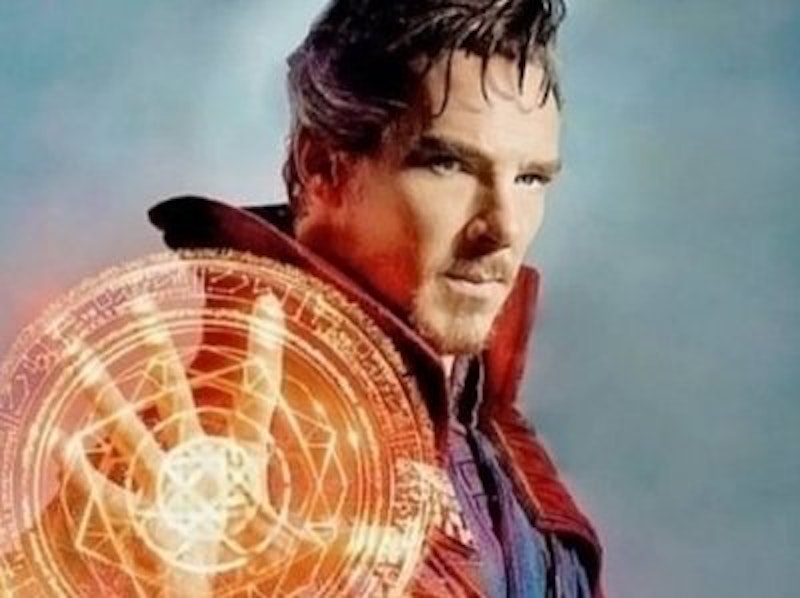 "Open your mind. Change your reality," declares the tagline for Marvel's forthcoming Dr. Strange. The implicit promise is that the film about sorcerer supreme Strange will be a consciousness-expanding experience, providing a glimpse of a slightly new kind of franchise film, unbound by the stale conventions of standard spandexed super-plotlines.

Does the teaser trailer for the film deliver on this ostentatious promise of unexpected newness? Well, it has some cheesy kaleidoscope mystical New Age special effects, a la Inception, which try and fail to approximate the psychedelic charge of Steve Ditko's original art. Benedict Cumberbatch playing Dr. Strange, looks through windows portentously, gets in some sort of accident, and then grows a beard to head off to an unspecified Asian nation. He talks defiantly about how he doesn't believe in chakras because he’s a medical doctor. Tilda Swinton, as the Ancient One, responds contemptuously that there is a mystical thing even behind the things he knows. Even though he's a pompous git, the Ancient One sees the potential beneath his beard, and ushers him into an exciting world of swelling music and magical possibility. "Think different!" she says, and gives him an iPod.

In short, the trailer is an entirely conventional piece of prefabricated Hollywood product. No one has even bothered to include a nod to Stan Lee's overheated prose; Cumberbatch doesn't get to shout, "By the Hoary Hordes of Hoggoth!" or namecheck the dread Dormammu. Instead he just plays the usual boring redeemed protagonist wandering through a standard-issue Orientalist plot. The original 1960s comics sent Strange off to Tibet to learn ancient Eastern wisdom, and the device was tired, not to mention offensive, even back then.

Recently, though, Hollywood has decided to go the comics one better by keeping Asia and erasing all the Asians. That was the clever tactic of Batman Begins in 2005, where white dude Liam Neeson plays Arab Ra's al Ghul, and Batman fights ninjas in Tibet because, hey, Japan, Tibet, it's all the East anyway, who cares? Dr. Strange picks up the racism and moseys cluelessly forward. Why hire an Asian woman to play an Asian woman when you can hire Tilda Swinton and shave her head? Have no fear though; Strange's servant is still cast as an Asian. That's changing your reality, huh? An Asian servant. Never seen that before.

It's not mind-expanding to present Asia as a massive, undifferentiated repository for power and wisdom waiting to be accessed by white people. It's not new to cast white actors in Asian roles—Cumberbatch himself played the Indian Khan in Star Trek, as just one recent example. It's true that the world in which white people are at the center of every story and people of color eagerly sign up to be their sidekicks isn't exactly the real world. But you don't need psychedelic effects to visit the Realm of White Supremacy. It's been well-chronicled in print, comics and film for generations already, thanks.

The Dr. Strange trailer promises worlds unseen and new thoughts, but delivers only clichés and racism. The racism and the poverty of imagination are inseparable from one another. "Forget everything that you think you know," the somber voiceover says at the beginning of the trailer, but the trailer itself can't even imagine a world in which Asians get to play the lead in Hollywood films. Yes, the source material of Dr. Strange is Orientalist. The filmmakers could’ve been inventive and tried to address that by, for example, hiring Steven Yuen to play Dr. Strange, and/or by (horrors!) coming up with a new origin altogether. Instead, we get a by-the-numbers introduction to a familiar protagonist who insists our minds should be blown by the same old racist Hollywood as ever.