Blow the Man Down (now streaming on Amazon Prime) is a nifty thriller in the vein of Fargo. B+ 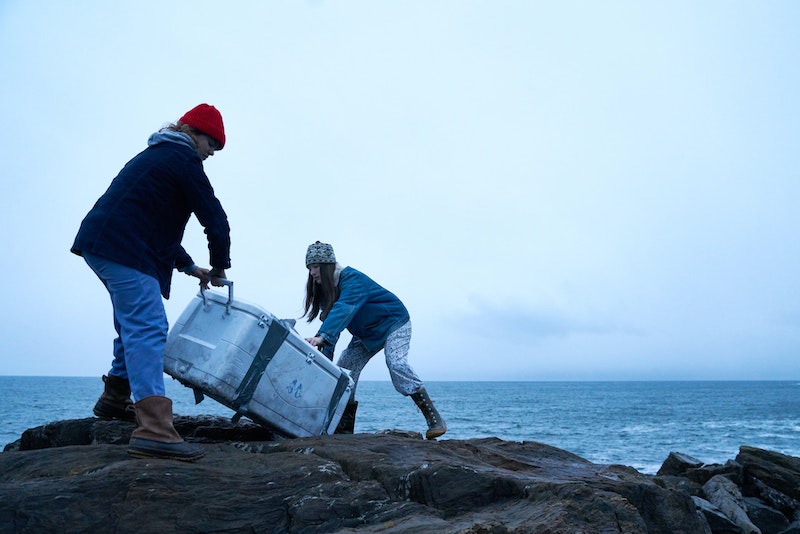 Now streaming on Amazon Prime, Blow the Man Down is a nifty thriller that explores the many secret underbellies of a small coastal town in Maine. Written and directed by Bridget Savage Cole and Danielle Krudy, Blow the Man Down was shot on location in Maine and owes a lot to the Coens' Fargo, setting a traditional crime plot in a snowy winter with regional color and a fair amount of comedy as well. The biggest difference? This is an almost entirely female film, both in front of and behind the camera.

Blow the Man Down stars Morgan Saylor (who played Dana, the much-hated daughter, in the early seasons of Homeland) and Australian actress Sophie Lowe as a pair of sisters. As the film begins, their mother has died, which illustrates the contrast between the sisters: Mary Beth (Saylor) wants to get out of their hometown of Easter Cove and head to college, while Priscilla (Lowe) wants to stay put.

It all changes once Mary Beth has an unfortunate encounter with an area barfly (former Girls actor Ebon Moss-Bachrach.) We get one of those plots, very familiar from the Coen canon, in which novice non-criminals try their hand at the underworld with uncertain results. There's the corpse disposal, the bag of money, and various other elements you've seen in this type of movie—but Blow the Man Down plugs them into a non-traditional locale.

The film's plot involves multiple mysterious deaths, and centers around a group of older women (Margo Martindale, June Squibb, Marceline Hugot and Annette O'Toole) who aren't what they first appear to be—for example, their old bed-and-breakfast is obviously a brothel. Martindale, in particular, is a hoot playing Enid Nora Develin, a New England version of her great Southern crime boss character in the second season of Justified.

The only male characters of note are the barfly and a couple of cops, played by Will Brittain and Skipp Sudduth. Blow the Man Down’s strength is the local color. Among other fine touches, the film repeatedly includes a sort of Greek chorus of fisherman singing the titular song, and the town feels liked a lived-in location.

There's an overall sense that this is a town filled with secrets. And while the cinematic legacy of Maine is often tied up with the style of various Stephen King adaptations, Blow the Man Down doesn't feel like anything from that tradition. Blow the Man Down, pre-COVID-19, was supposed to get a limited theatrical release, but its arrival during the early days of the quarantine has given it word-of-mouth buzz, which is earned.