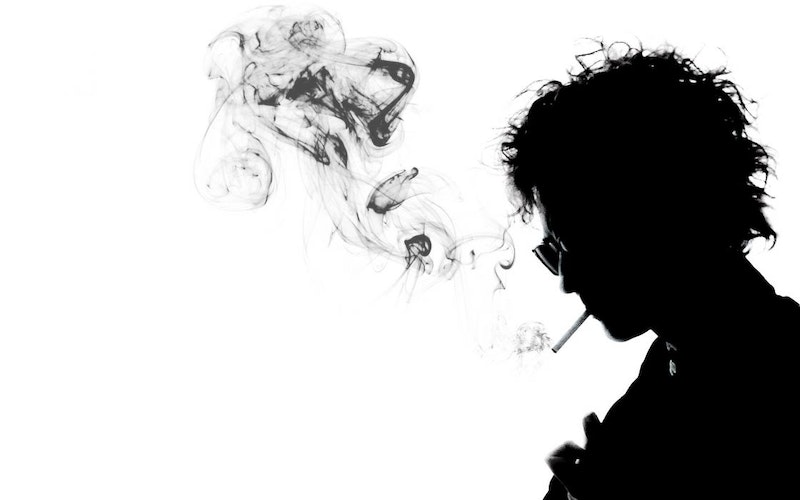 Due to the ongoing pandemic, there will be no new movies in movie theaters—no movies at all for the foreseeable future. I hope that companies like A24, Neon, Annapurna, and Focus Features are figuring out how to digitally distribute new films like First Cow, Never Rarely Sometimes Always, and Promising Young Woman so people stuck at home can see them. With virtually all film and television production shut down across the world, distributors will face an empty slate for the first time in decades. There are probably enough movies to make up for roughly two seasons—plenty of sequels and superhero movies in the can, along with a slew of even smaller independent movies than the ones I mentioned up top, movies that had their premieres cancelled from SXSW and onward. Though there’s been no announcement, there’s not a chance that the Maryland Film Festival goes on as planned a month from now.

Bob Dylan’s waylaid for the first time in over 30 years, his Never Ending Tour interrupted for the first time by an act of God. In a rare public statement on Thursday, he thanked “my fans and followers with gratitude for all your support and loyalty across the years” and attached “Murder Most Foul,” a 17-minute song about the JFK assassination and the death of the 1960s counterculture. He recorded it around 2018 according to Expecting Rain, and it sounds nice—elegiac and rambling, really a perfect mood song. The lyrics themselves are gibberish, but I don’t care. Boomers and Gen Xers have such an awful outlook on art and artists: they castigate and criticize their idols for staying alive and continuing to work. Fuck off! Bob Dylan hasn’t made a great record in decades but I don’t give a shit.

That attitude is of course what drove Dylan to amplifiers and eventually seclusion in the mid-1960s. Todd Haynes’ 2007 film I’m Not There, which I revisited over the weekend for the first time since its release, focuses a lot on the angst of expectations foisted on Dylan by the folkies, the media and his peers. You remember all the Judas and Newport jeers, but not many of you took them to heart. What Dylan was asking for in that period was the space and respect to work as an artist—that’s all. He was put into a box by everyone around him and luckily he escaped relatively unharmed and lived to see 2020. There’s no difference between the idiot who yelled “Judas” at Dylan in 1966 and anyone that criticizes him for “Murder Most Foul.” You called his bluff and walked away from an artist you loved. Why? To be cool? It’s pathetic: making your taste in music into a personality.

I wrote about Robert Rodriguez and Quentin Tarantino’s 2007 double feature project Grindhouse last week, and for the rest of this quarantine I’m going to write about movies released in 2007. This was the last year before the bottom fell out from independent cinema (Charlie Kaufman made Synecdoche, New York that spring for $20 million—he had to crowdfund his last film, 2015’s Anomalisa). After 2007, David Lynch and John Waters stopped making movies. It was the furthest we got from 9/11 before another calamity. 2007, like 2019, was a holding pattern year, when optimism finally returned as a steady presence but never without a scrim of paranoia and perhaps certainty that another disaster was around the corner.

I’m Not There also cost $20 million to make in 2006, and by the time it came out in November 2007, there was no sense that this was Todd Haynes’ misbegotten Heaven’s Gate adventure. The budget wasn’t absurd, just the premise: Bob Dylan played by six different people, including a woman and a black boy. This was out there and talked about for at least a year and a half, and I don’t remember any real fears that this would be a colossal fuckup or a career ender. Dylan signed off on the project based on a short outline by Haynes, and it shows: this film is made in the same spirit as mid-1960s Dylan records. It’s fast and loose with facts, but its impressions and evocations are completely alive. 135 minutes, wildly discursive, and not entirely successful, I’m Not There remains the gold standard for movies about musicians because it doesn’t just tell a story about Dylan, it imbues the viewer with his essence. Haynes’ film is intuitive and informed by an understanding of Dylan’s life, work, and historical context.

Cate Blanchett nails Dylan’s appearance and body language circa 1966, and everything with her and Christian Bale is great. Their characters—Jude Quinn and Jack Rollins—most resemble actual periods of Dylan’s career. Rollins is Dylan’s rise to fame via protest songs, “fingerpoint songs,” and Haynes incorporates a lot of loose incidents and events into a compelling gumbo: the drunk ACLU speech, early album covers, the performance in front of a wagon wheel (note that Bale learned how to play guitar for the role—Blanchett obviously didn’t). Going deeper into mirrors, Heath Ledger plays Robbie Clark, an actor portraying Collins in the big mainstream hit star vehicle that Dylan never wanted. The other characters are incidental—Ben Whishaw as an interrogated “Arthur Rimbaud” adds almost nothing to the movie besides the worst accent of the lot.

The weakest sections are in the woods: Woody Guthrie (Marcus Carl Franklin) and Billy McCarty (Richard Gere). They represent, respectively, Dylan’s youthful idol worship and Dylan’s rejection and retreat from being worshipped as an idol himself. Gere’s Dylan looks more like a lost John Lennon, someone who threw it all away and doesn’t want to go out much. Franklin’s Dylan is just at the beginning of his life and full of energy and passion, but he’s on the run.

The revolutionary being pursued and the dropout shrugging off attention and responsibility. These sections are fun to write about, and as I think of them they seem better, more coherent and consonant with the rest of the movie. This is the success of I’m Not There: it’s made like a dream, moves like a dream, and one remembers it like a dream, better than it was. Because many of these scenes on their own don’t work, or they’re corny, or they’re just stupid.

Haynes only mentions the name “Bob Dylan” in the opening and closing credits, and Dylan himself is not seen until the final shot, a beautiful extreme close-up of a languorous strung out rendition of “Mr. Tambourine Man” from 1966. In naming the characters and reconfiguring many of the events and players in Dylan’s life, Haynes unfortunately fell for the worst trope in movies about musicians: fake names and fake songs “in the spirit of” the original.

Look no further than last year’s Her Smell, Alex Ross Perry’s terrible Courtney Love movie that had nothing to do with Hole or Love. He took the broad contours of her life and work and wrote an imitation. It was a “behind the scenes” rock movie, lots of drunk and drugged-out drama that none of us care about if it isn’t related in some way to brilliant songs. Live Through This is a great record. The music in Her Smell is an embarrassment. Luckily, Haynes had free reign in using Dylan’s songs and biographical details, so despite the clumsy renaming, it doesn’t get in the way. Dylan is there in every way but his name.