In Australia, things are beginning to look like it’s returning to normal. For now. 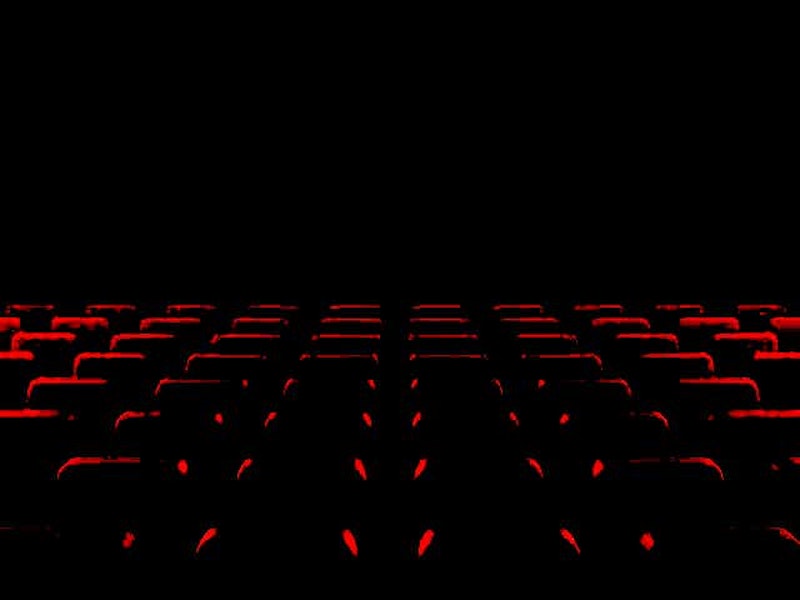 As restrictions loosened across Australia (except for Victoria), movie theaters and multiplexes have reopened with little fanfare. There are two reasons why anyone couldn’t be excited by the prospect of returning. First, there aren’t a lot of new releases out there. Most of the big tentpoles—No Time To Die, Wonder Woman 2024, Fast and Furious 9—delayed their dates until next year. Second, and more importantly, there's the convenience of streamers like Netflix, Stan, and Amazon Prime accommodating much of our pandemic boredom. Why take the effort to travel to a cinema, when you can play movies at home for less than $10 a month?

Obviously, the theaters aren’t immune to the large effects of the pandemic, and the decline of cinemas have been happening for a long time. This will only accelerate further as there’s no supply and demand to be had. Ticket prices have been too expensive, and the film industry is running out of original stories.

So the year’s biggest new release, hoping to bring back paying a ticket to sit for two hours with popcorn and drinks in hand, is Tenet, the latest from Christopher Nolan, Hollywood’s biggest auteur, who was behind The Dark Knight trilogy, Inception, and most recently, the fantastic World War II film Dunkirk. No one, not even its own actors—which includes Australia’s Elizabeth Debicki—can tell you what it’s about in terms of plot. All we know, based on the trailers, is that Tenet is about inversing time travel; events go backward, which could mean something worse than a nuclear holocaust, and a secret agent must prevent it.

The pandemic has certainly brought Tenet into further elusive territory, and if there was any indication that Nolan cares so much about the theatrical experience, he convinced Warner Bros to keep from delaying the film further (or worst, distribute it on a streamer, which could bring a lot of piracy), until venues have to reopen with a recalibrated release schedule ready to go. It was supposed to come out on July 17 (mimicking the palindrome of the title) then it was moved to August 12. Now it’s pretty much out by the end of August (with the United States following by during the first week of September) and there will be advance screenings the week before.

I booked my tickets for an advanced 70mm screening at the Ritz Cinema, one of Sydney’s most beloved theaters, which has its own walk of fame featuring the likes Jack Thompson and Michael Caton. When choosing my seats, slightly half of the screening is occupied; the middle section, which usually has the best view is almost being booked out. Despite the cinema putting in place tight social distancing measures that prevent any film to fill every possible seat, the prospects of a return to the box office looks promising. Regardless of whether the film turns out to be good, it’s encouraging that people now care about the form. Already, Unhinged, which stars Russell Crowe as a man induced in road rage, opened at the end of July to $1.72 million in its first two weeks. For now, things are beginning to look like normal.

Cinemas have put up special presentations of older movies to accommodate much of the black hole in the release calendar, with prices almost as low as $12, if you signed up for any of their memberships. The Ritz has their retrospective calendar, including Fight Club and The Mission, as well as a tenth-anniversary screening of Inception. Sadly, these screenings that I’ve attended have been less than half-full at best and at worst, almost empty. On the one hand, you at least feel comfortable having the cinema to just yourselves, and not having to worry so much about potential infection risks. On the other, it looks bad for business. As mentioned earlier, why would someone watch those movies in a space meant for crowds, when you can do that at home at any time?

For anyone who is a passionate film buff, the theater is its foundation, with Nolan being an ardent defender of such an experience. While more movies are becoming more disposable through streaming services, theaters don’t just showcase the medium with audiences sharing their love watching it. In an opinion Nolan wrote for The Washington Post, these venues employ lots of young people standing behind concession booths, cooking popcorn and storing the choc tops, who clean the screenings once it’s over. Many young employees have lost their jobs when the lockdown has prevented them from opening. Beyond that, these places hold avenues for film festivals, employing programmers, social media managers and projectionists, and where emerging filmmakers enter mid-to-low budget efforts in competition, which are then bargained by distributors for wide releases later.

There’s also a nostalgic sense of going to the theater, particularly when the entertainment industry is delayed by the pandemic. Remember when movies were distributed and exhibited on actual film prints? If you see Fight Club in 35mm, which I did at the Ritz, you feel the difference. Then there was The Mission, starring Robert De Niro and Jeremy Irons as two Jesuit missionaries trying to prevent the Portuguese colonialists from burning down a native tribe called The Guarani. With a score by Ennio Morricone, it won the Palme d’Or in 1986 and was filmed in 70mm. So it makes sense for moviegoers to come and appreciate how such a grand scope is made possible.

Tenet was filmed in 70mm, combined with IMAX and it can be expensive to project. But it does heighten the theater experience, and for knowledgeable moviegoers, you are treated to a night at the opera. While the standard IMAX version is found everywhere in theater franchises like Event Cinemas and Hoyts, you can find the 70mm equivalent in independent cinemas that are most likely located in your inner-city suburbs. These venues are dedicated to the art of film, where smaller films also get a shot of being released and seen.

As for the film itself, Tenet doesn’t rank as one of Christopher Nolan’s best. It doesn’t have the cohesiveness of The Dark Knight and Inception, or the gravitas of Memento. There’s too much exposition and the characters are too thin. But the cast is charismatic, and the concept of reverse time travel is made intriguing thanks to many top-notch action sequences. How does he do it? “Don’t try to understand it, feel it,” says one character, which is the film’s ethos and would probably serve the audience better.

Tenet promises to be a forward-thinking film whose story does not rely on a familiar name or brand. Box office experts predict that Tenet will open quite low, with the underlying factor of audiences reluctant to pay again for a cinema screening. Its budget is estimated to be at $200 million, relying much on practical effects, with a real-life plane crashing into an airport. If it does well in our shores and everywhere around the world, then it will prove that we are still hungry not just for Nolan and his conception of movies, but to the venues that brings every possible release its deserved limelight. The show must go on.