Christopher Nolan Won’t Save the World

Tenet, his bid to “save cinemas,” will simply put you to sleep. D 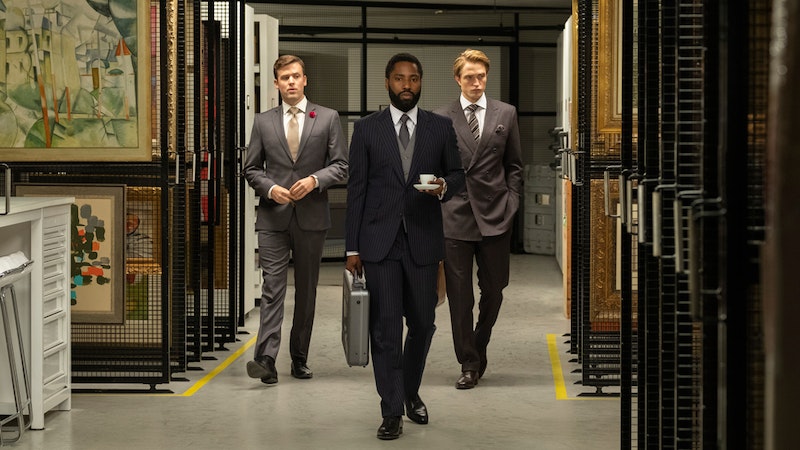 Tenet is finally upon us. The film to win back jaded and uncertain audiences, securing the continued reign of the theatrical experience for years to come. When the trailer first dropped last December, it was hailed as the hot ticket of the summer. By the time it premiered in UK cinemas last week, the wave of anticipation and speculation for what Christopher Nolan would deliver bordered on a religious fervor. Not that he can’t take the heat. He’s Christopher Nolan. This is the man behind The Dark Knight and Inception. When he opens his mouth, people stop and listen.

From the outset, Nolan has insisted that Tenet should see a theatrical release. One may question how wise his decision was––especially with the emergence of repeated warnings from health officials that the cinema is the last place you should be right now––but the ultimate answer is simple: the longer theaters stay closed, the more prospective audiences will grow accustomed to the steady release of new films straight to their television sets, and Nolan’s brand of bet-the-house blockbuster lives and dies on the silver screen. Besides, who can honestly say they don’t miss going to the movies? 70mm and IMAX on a screen that’s larger than your field of vision, to hear a cacophony of bullets and explosions in surround sound, the palpable electricity in the air as the film is about to start, that ominously persistent cough coming from the row behind you.

As he was quick to tell The Hollywood Reporter, none of this is about money, it’s about his desire to show “solidarity” with exhibitors and rekindle public faith in the cinema space. With a budget somewhere north of $200 million, it’s also the most expensive film he’s made since The Dark Knight Rises. With this much corporate money at stake, Nolan’s in the business of entertainment, not cinema. Whether or not Tenet really is the quintessential theatrical experience of the year is neither here nor there. Thrust into the unenviable position of canary in the COVID mine, the film is little more than Warner Bros.’ final gamble of the year: to see if there really is still enough of an appetite for theaters, or if the future of film exhibition lies elsewhere.

Tenet isn’t afraid to flaunt its budget. Every step of the way, Nolan is eager to impress that this is a big film with big ideas (ideas which, if we’re to believe him, he’s been working on for five years). It had better be if it’s going to be the film to entice audiences and distributors back to the multiplex. As you’ve no doubt already seen, Nolan announced the film’s arrival by driving a Boeing 747 through the front of a warehouse––and that was just what he showed in the trailer. Of course, connecting all of the film’s big, loud set pieces together is the unique selling point of time inversion. Bullets fly from their targets back into the barrel of guns, people moving backwards and forwards through time meet in the middle and scuffle, and the same scenes are revisited from alternating temporal trajectories––for you see, much like its palindromic title the film goes forward… and backwards too!

If you’re having difficulty grasping just how brilliant the film is, Nolan wastes no time telling you himself. Even by his usual standards, Tenet is insufferably self-congratulatory. A depressingly large amount of the running time is occupied with characters spoon-feeding information to the audience. Every square inch not taken up with firefights and car chases is filled with exposition. In fact, characters will often hurry through an action scene so they can get back to explaining the plot to one another. I’ve heard many people proclaim this as a sign of Tenet’s great depth and complexity––that the film is filled with “concepts,” you won’t be able to catch all of them on your first watch (which has, incidentally, become one of the film’s chief marketing hooks; perhaps a way to recoup damages after the pandemic). I suspect the reactions would’ve been less extreme if audiences were able to hear half the dialogue––before we lose our heads, let’s not forget that the few audible lines include the phrase “temporal pincer movement” and “I’m the Protagonist of this operation!”

Even if we take it in good faith that the film gets better on repeat (and maybe some subtitles), what’s there to unpack? The plot is pedestrian. Nolan seems uninterested in actually answering any of the metaphysical concepts he bandies about. Ultimately they’re little more than window dressing to give audiences something to ponder after the memory of the hokey action wanes. We’re pummeled with dialogue for two hours and the only explanation given is some half-muttered line about a grandfather paradox before Robert Pattinson rolls over and conks out for the night. And while Nolan has scattered enough little mimetic symbols and clues to satisfy his diehard supporters, I doubt anyone will be losing their minds about a red tag on a backpack in the same way they did the spinning top from Inception.

Tenet will probably give cinemas the shot in the arm they need. Even as the pandemic continues to ravage the U.K., people will be eager to leave their houses and enjoy a night out after months of isolation. “In uncertain times,” Nolan wistfully proclaimed in an editorial for The Washington Post, “there is no more comforting thought than that we’re all in this together, something the moviegoing experience has been reinforcing for generations.” It’s a laughably naive sentiment to come back to after everything that has transpired since the outset of the year: the divide between rich and poor has never been more apparent. The arrival of Tenet was heralded by threats of eviction, mass layoffs and horrifying displays of police brutality and civil unrest. We’ve never been more divided, and sticking our head under a rug isn’t going to change that.

Proud as he may be to have made the film that’s going to “save cinema,” in the wake of everything that’s happened, Nolan’s cut-price Backwards Bond movie just feels kind of superfluous and silly.