No Time for Tenet

Christopher Nolan’s most ambitious movie has been released at the worst possible time. Could he kill movie theaters in America? 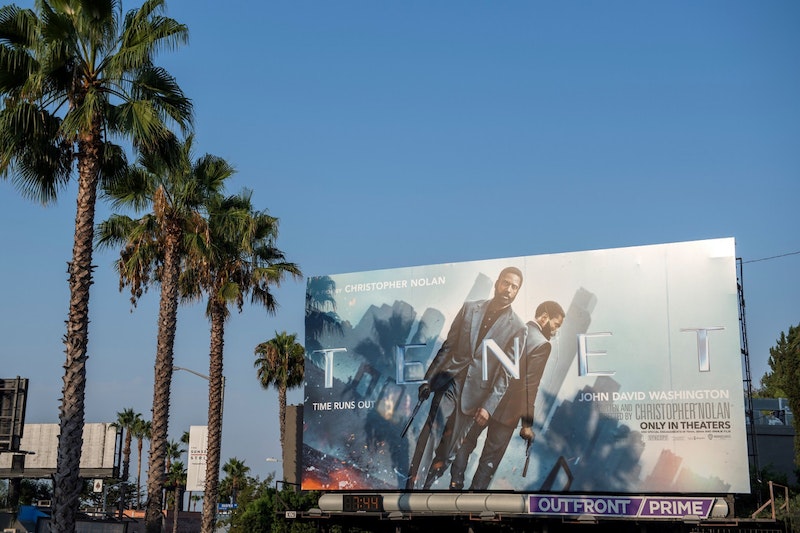 I haven’t seen Tenet. Maryland Gov. Larry Hogan announced earlier this week that most of the state would be entering “Phase 3” of our “pandemic recovery,” meaning that all businesses can reopen at limited capacities. Baltimore City, however, is not included in the order, and we remain at Phase 1 (Thank God). I’m not going out to Towson, White Marsh or Hunt Valley to revisit dingy multiplexes that were no fun before March 2020 and now seem like death traps in my mind. A lot of this is hysteria, leftover anxiety from the beginning of the pandemic and an overwhelming uncertainty about what comes next.

There isn’t any movie I want to see so much that I’d risk going to movie theaters the first weekend they’re back open. Don’t get me wrong: movie theaters need to be protected like churches and libraries. Cinema is one of the only art forms that’s accessible and understandable to nearly everyone, and the experience of watching a film together in the dark with a group of quiet strangers cannot be degraded or understated. It’s religious and it’s sacred. But the plague knows no religion.

Tenet was supposed to come out in early-July (its first teaser trailer debuted in front of Quentin Tarantino’s Once Upon a Time in Hollywood over a year ago), and then late-July, and then not at all. Christopher Nolan, always a punching bag for cinephiles and dilettantes who know to diss Michael Bay and praise Terrence Malick, has become even more of a buffoon in the last six months, charging ahead with demands to open Tenet during the pandemic against the advice of everyone around him. Nolan’s a theater loyalist, like Tarantino, and I’m grateful that, for one, the world got to see Once Upon a Time in Hollywood last year, and two, that we’ll never know how Tarantino would have behaved in a similar scenario.

Beyond fears of getting sick, Tenet is reportedly mixed for IMAX theaters and nowhere else. “A couple of years ago, we decided to stop mixing for substandard theaters,” Nolan said in a recent interview. Responding to complaints about dialogue in the film being muffled and often inaudible, Nolan said this was his intention, that “clarity of dialogue” is not his primary concern. Unfortunately, it is for most people: A. S. Hamrah tweeted, “Confirmation that the sound of actors slurping their drinks really is overwhelming dialog in movies.” Ralph Jones, writing for The Guardian, opens his article: “There is a wonderful exchange in Christopher Nolan’s latest film, Tenet, between Robert Pattinson and John David Washington. ‘Hngmmhmmh,’ says Pattinson. ‘Mmghh nmmhhmmmm nghhh,’ replies Washington. Marvellous.”

Even Richard King, who’s mixed the sound for seven of Nolan’s films, had this to say last year (from the same Guardian piece): “It’s hard to imagine that Nolan is unaware of the criticism. Price suspects the director wants to make the audience work harder to understand the dialogue; he thinks Nolan believes this will make the film a more immersive, engaging experience. But, Price says, ‘I think he is the only one in the world who believes that.’” In other words, not exactly the barnburner every exhibitor and distributor was hoping for. One would think the new Wonder Woman movie, or the new 007 No Time to Die, would’ve made a better reintroduction. But Nolan gets his way, even in the middle of a plague.

Tenet will come and go and most likely be remembered for its ignominious release, and Nolan’s oblivious and stubborn attitude. It’ll be a funny footnote, and that didn’t have to happen: movies like Unhinged, Bill & Ted Face the Music, and The Personal History of David Copperfield are landing at the top of the box office with only a couple of million dollars or less (the latter didn’t even crack $500,000). Nolan’s shadowboxing will be for nothing, and if anything brings people back to movie theaters, it’ll either be a revival of Cats or—in the event of a Biden win—a rushed Trump movie poised for release in early-2021. Smart producers should have filmmakers on standby to begin work on November 4 if he loses—maybe Brendan Gleason can do double duty on HBO and in cinemas.