Miracles on Earth and Beyond

Parsing the beliefs of the “born again plus.” 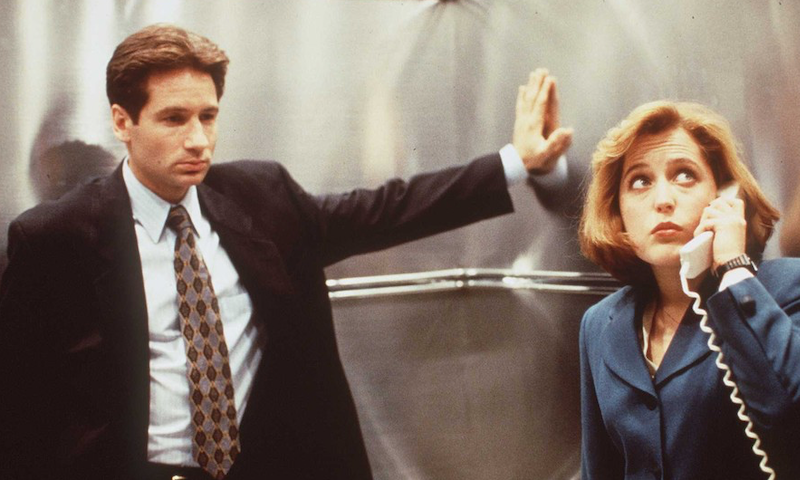 In 2000, my job at the webzine Space.com included writing reviews of The X-Files. One episode that left a lasting impression was “Signs and Wonders,” wherein agents Mulder and Scully encountered two Christian congregations: one staid and liberal, the other rollicking and snake-handling. It turned out the snake-handlers correctly grasped the forces at work, and the liberal pastor could demonically emit snakes from his throat. I wrote approvingly that this was “a clever episode whose serpentine plot twists will leave many viewers genuinely surprised.”

Recently, in writing about demons and spiritual warfare, I encountered the work of Elle Hardy, a journalist whose new book Beyond Belief: How Pentecostal Christianity Is Taking Over the World is a valuable, up-close look at the fastest-growing sector of Christianity. Hardy uses the term “Pentecostal” to include groups that may or may not use that label but form a movement emphasizing gifts of the Holy Ghost such as faith healing and speaking in tongues. She visits a snake-handling Alabama church, but notes that particular gift’s not that widespread anymore.

Hardy’s an adept “fringe-watcher,” a term I borrow from the late writer Martin Gardner, who was fascinated by beliefs that sober-minded people may see as too strange or discreditable to merit attention. The “fringe,” moreover, sometimes merges into the mainstream, a phenomenon underway with the spread of Pentecostal and related “charismatic” approaches, a branch of evangelical Christianity that Hardy describes as “born again plus,” since acceptance of Jesus as Lord and Savior is followed-up by miraculous Holy Spirit manifestations.

The movement’s development is divided into three waves. The first took shape in 1906 in a series of gatherings in Los Angeles that came to be known as the Azusa Street Revival. The second wave emerged in the 1960s, with counterculture-influenced “Jesus freaks” and Pentecostal-type ideas filtering into a broader range of religious institutions. The third wave, starting in the 1980s, brought a worldwide surge of expanding megachurches and televangelism, along with emphasis on how prosperity and other benefits result from belief.

Eschatology, a focus on the world’s end, has long loomed large among such believers, but their attitudes about the end-times have shifted over the decades. “The apocalypticism that marked the early Pentecostals has taken a back seat,” Hardy writes. Rather, she explains, an optimistic spin has taken hold, in that “what drives global Pentecostalism today is still an inevitable Judgment Day, only now it’s imbued with the idea that believers can work towards it, and in anticipation of it—they can bring it about through their actions here on Earth.”

Pentecostals once tended to be “pre-millennialists,” believing that a series of distinct phases or “dispensations,” including various tribulations, would have to occur before the end-times. However, many now are “post-millennialists,” thinking a lot of that is already over and now’s the time for believers to take action to usher in God’s Kingdom. One such doctrine, originating in the 1970s, is the Seven Mountain Mandate, which calls on believers to gain control of seven “spheres of influence”: education, religion, family, business, government, arts and entertainment, and media, in particular by wresting these sectors away from demons.

Two decades ago, when I was reviewing The X-Files, I was intrigued by the appearance of demons on the show; I mulled how these entities related to the aliens that figured prominently in the series. Later, I wondered how any real-life evidence of extraterrestrials that might arise someday would be perceived, noting the possibility of “religious fundamentalists denouncing an alien message as demonic.” In the 2020s, I can say confidently that any aliens who do make contact will find much of humanity is primed to respond to them as Satanic.