Into the Smokey Room

The Outfit feels like it was adapted from a play, even though it wasn't. 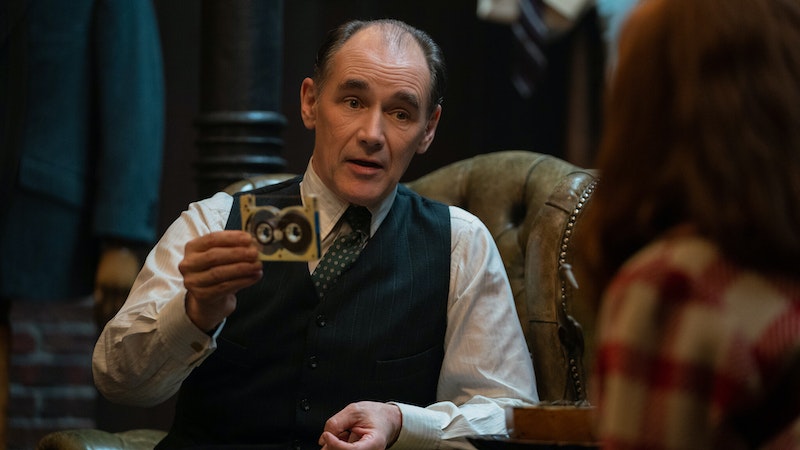 The Outfit, a new period gangster thriller directed by Graham Moore, wasn’t adapted from a play, even though it feels like it was. All of the action takes place in a single location, driven by long monologues. The Outfit is a well-acted, tightly-plotted little film. Moore’s the guy who won an Oscar for writing the Alan Turing biopic The Imitation Game. Afterward, he gave an acceptance speech, about attempting suicide as a teenager because he didn’t belong, which led many to assume that he was talking about being gay (he's straight.) While The Imitation Game was an ambitious historical biopic, The Outfit is a much more intimate story. While the film’s an original story, Moore said he got the idea from stories of the FBI bugging mobbed-up tailor shops in Chicago in the 1950s. That isn’t the exact story of The Outfit, but it does fit loosely with it.

Mark Rylance stars as Leonard, a meticulous English tailor relocated to Chicago, where he operates a shop that's adjacent to a mob crew. Over the course of one night, mobsters and other figures stop by the shop. Old secrets come to a head, amid a succession of double- and triple-crosses. Dylan O'Brien and Johnny Flynn play rival hitmen, working for the boss (Simon Russell Peale), who’s the O'Brien character's father; Zoey Deutch plays the receptionist and daughter figure of the tailor. There's a classic MacGuffin in the form of an incriminating tape, and complex machinations involving a dead body. There’s also a rat in the crew, and every character is trying to figure out who it is.

In last year’s Oscar-grubbing monstrosity Don’t Look Up, Rylance played the Elon Musk/Jeff Bezos stand-in in such a way that required exuberant overacting, although not nearly to the point of some of his co-stars in that film. Here, he’s dialed way down, as a mournful older man with secrets. O’Brien and Flynn are young actors who’re handsome without making much of an impression; Flynn starred in that atrocious, music-free David Bowie biopic a few years ago. But they’re fine, as is Deutch, who never got the career bump she should’ve from Everybody Wants Some! and Set It Up, four years ago. The production design and lighting of the film are fantastic, as are the props, although I never knew the Chicago Outfit used the same logo as Peloton. Most impressive, though, is that the movie doesn't have an inch of fat. There are earth-shattering twists about every 10 minutes, but it all makes sense logically within the story.