Man is the Animal of Man 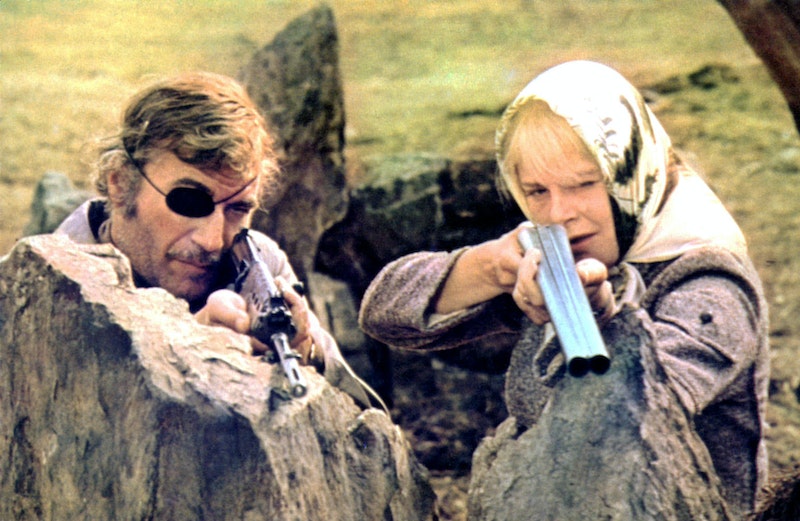 Given the amount of money, drugs, drink, and pussy on offer to the average Hollywood movie star of the 1930s well through the 1960s, it’s not hard to understand why more of them didn’t direct, or do anything but act and fuck. Filmmaking’s a brutal business, and few on the A list are exempt from 18-hour work days. Before 1970, no one had any choice but to work like factory children under the iron grip and foreign tongue of directors like Fritz Lang, Otto Preminger, and Michael Curtiz. I just finished Alan K. Rode’s biography of Curtiz, and something that struck me was how consistently Curtiz was put down as Hungarian. The director allegedly “spoke seven languages, and none of them well,” including English. Although his malapropisms became famous (David Niven titled his autobiography after a Curtiz quote, directing a fleet of horses without riders to charge into frame: “Bring on the empty horses!”), his nationality specifically as Hungarian is consistent throughout the book and his life, whether people are complimenting or viciously insulting him.

Curtiz was a bastard, but he wasn’t a “foreign savage,” not that anyone in the book suggests that, but there’s a strain of people deliberately avoiding trying to understand him or help him with his problems. He treated the people he worked with, especially those really low on the totem pole, like human punching bags, and it took stars with power like Humphrey Bogart and Claude Rains to temporarily put a stop to it. But this was happening on the set of Casablanca, through the end of his life when he took a shit in front of an Italian cameraman and his entire crew out of frustrated protest. He was eccentric, but not savage.

Had Cornel Wilde lived longer, perhaps the actor-turned-auteur may have produced something examining a character like Curtiz: debonair and professional on one hand, but resolutely brutal, cruel, and beastly otherwise. Of the handful of films Wilde directed in the 1960s and 1970s, they all concern survival and “man’s true nature,” a kind of extended riff on Thoreau, tribalism, and eventually, as with his penultimate film, 1970’s No Blade of Grass. It contains one of the longest and most graphic rape scenes in a Hollywood movie, second only to Paul Verhoeven’s Showgirls, if only for that movie’s grotesque high-glam budget. Here, the assault is closer to something you’d see in a typical exploitation film of the time, not a movie produced and directed by the guy that starred in Leave Her to Heaven 25 years before.

In No Blade of Grass, a noxious gas attack has hit London, and everything falls apart. In the beginning, characters talk about the near inevitable end in a crowded pub while a TV plays graphic footage of starving and dying African children. Because they’re not white, it is okay to watch them suffer—except that this film shows two white women being violently raped, a mother and daughter, one of whom is played by Jean Wallace, Wilde’s wife. However naive Wilde may be about human nature and however much of a dilettante he may be about philosophy, this film possesses a chaotic, almost amateurish aggressiveness toward society, and waste, and primal urges. But because Wilde is working on a studio level, he’s able to stage proper apocalyptic shoot-outs—multiple, actually—unlike most genre films.

Ditto for 1965’s The Naked Prey, much weirder and unfortunately less interesting. Wilde produces, directs, and stars as an Ivory hunter in Africa. Along with his white convoy, he encounters a local tribe. His racist, headstrong partner refuses to offer them a gift for peace, which Wilde insists will be no issue and otherwise will seal their fate. The guy has zero brains and refuses, and within 15 minutes, Wilde is shirtless and running through the jungle and desert of Africa and living like a “native.” From here on, the film has almost no dialogue, and Wilde becomes quickly adept at being George of the Jungle. But the overwhelming narcissism and lack of self-awareness to do this not only with but next to actual Africans in a completely non-holistic way is mind-boggling. The Naked Prey isn’t offensive, it’s just boring.

Howard Hughes had vanity projects, and those are boring, too. But I’m looking forward to going through what films Wilde directed, because as a leading man of melodramas and swashbucklers, he’s not the type of guy you typically get to interrogate on meaning of life. Why you ever would is another question, but these films are the answer: incredibly violent, as direct and obvious as a child, full of utopian and unrealistic ideas, neither particularly great, but closer to outsider art or experimental filmmaking than anything else MGM was putting out in 1979. Except maybe Zabriskie Point.