Nashville Girl and the difficulty of making good movies about musicians and the music industry. 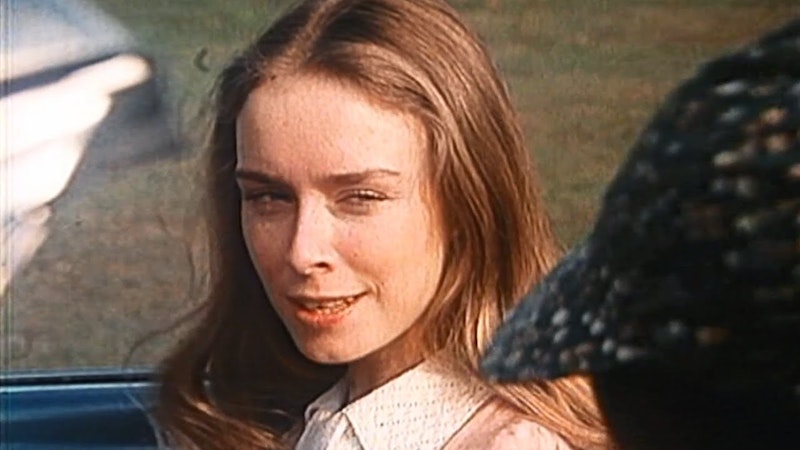 There may be a few good movies about rock stars (I’m Not There, Last Days, Songwriter), but there aren’t any great ones. Movie stars and pop icons can’t stand in the same frame, they cancel each other out; there’s no better example than 1992’s Singles, where Matt Dillon plays a grunge rocker standing beside Eddie Vedder and Chris Cornell. Whenever actors and musicians are in the same frame, it’s obvious who’s in costume and who should be starring in the movie. Documentaries and concert films remain the only place for musicians in cinema: Dont Look Back, Gimme Shelter, Meeting People is Easy, the Decline of Western Civilization trilogy, I Am Trying to Break Your Heart, The Last Waltz, Amazing Grace. Biopics like Ray and Walk the Line may not embarrass their subjects like Miles Ahead or Love and Mercy, but neither of them offer anything that you can’t get and more from just listening to Ray Charles and Johnny Cash—and Miles Davis and Brian Wilson, for that matter.

But there are a couple of masterpieces about the music industry. One came out about a decade ago, and it starred Oscar Isaac as a struggling folk musician in Greenwich Village named Llewyn Davis in the early 1960s. Inside Llewyn Davis is one of the few films that deals extensively with mediocrity: not failure, not incompetence, but someone who’s just good. When Llewyn Davis performs for a publisher in Chicago after driving night and day from New York, all the guy can say when he’s done is, “I don’t see any money in it.” The Coen Brothers play the song and the devastating judgment with typical brutality, and the film this intentionally frustrating and unsatisfying could only have been made by filmmakers as perverse as them.

Llewyn Davis manages to get his estranged girlfriend, played by Carey Mulligan in a hilarious and brutal turn, pregnant (“YOU SHOULD PUT A GARBAGE BAG ON YOUR DICK!”) He performs at the Gaslight, but no one really notices, and everything ends up a dead end. The film ends where it began, with Davis pulled out from the club to get beaten up—just as Bob Dylan takes the stage to perform a legendary set, as all of his sets would be from hereon. The Coens only show Dylan from a distance, and very briefly, before we move back to the alley where Davis lies crumpled up, stuck in an infinite loop of disappointment, frustration, and hostility that will either drive everyone away, kill him, or both. But the film ends before he’s relieved of his service in his bleak purgatory.

Nashville Girl makes Inside Llewyn Davis look like a party. Gus Trikonis’ 1976 film stars Monica Gayle as Jamie, an aspiring singer/songwriter from the deep South who runs away from home and hitchhikes to Nashville hoping to make it. Just one year after Robert Altman’s film of the same name (a poster is seen in one of the publishing offices Jamie goes through), the city of Nashville must’ve been flooded with aspiring shitheads, but Jamie doesn’t know. She grew up on a farm, and the film begins with her going skinny dipping—then her inbred neighbor rapes her, then her father whips and makes her sleep in a barn as punishment. Jamie runs away, but the punishment has just begun: it’s not an exaggeration to say that, a couple of exceptions aside, every man in this movie tries to rape Jamie. From the truck drivers that pick her up from the road, to guys she meets on the way to Nashville, to the managers, publishers, recording engineers, producer, and tour mates.

By the end of the movie, Jamie’s very successful. She’s finally got her “two gold records!” and we see her fantasy become reality as the concert of her dreams plays out in the last third. We know Jamie isn’t lost in the clouds once we finally hear her sing for a publisher early on, and while the guitar playing might not be hers, it’s clear that Gayle is singing live, and it’s gorgeous. Besides this and Switchblade Sisters, where she plays Patch in another astonishing performance, Gayle’s roles in movies are few and far between, with her last credit in 1977 and no information about her since then, except that according to union records, she’s alive. Gayle began working in hardcore films, and perhaps in another decade, she would’ve flourished, or not pursued acting at all, but the history of cinema is diminished by her absence.

But like Jamie, the drive to drop out isn’t hard to understand. At the end of Nashville Girl, Jamie’s younger sister pops up and enthusiastically tells her about her own dreams of becoming a famous country singer. Jamie is adamant: “No! You’ll do no such thing.” She won’t let her sister get raped by everyone she meets, and they’ll live their own life of music together, whether the public wants to pay attention or not. Nashville Girl is a low-budget exploitation film, featuring real musicians and real scumbags and real groupies—there isn’t a more honest and true film about the music industry in America.